Cailin O'Neil is an award-winning Canadian travel, video and food blogger and freelance writer with an addiction to Snapchat who has traveled mostly solo to over 46 countries and counting. 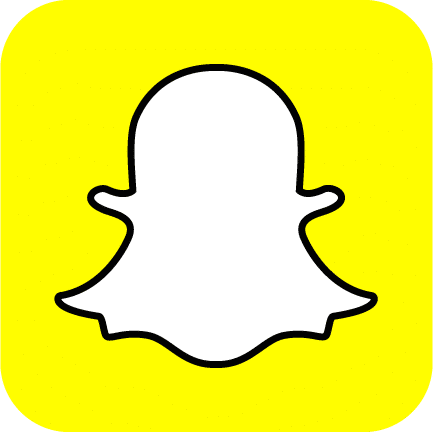 Snapchat is an increasingly popular social media tool, with over 100 million people using it each day. It’s also becoming quite popular among travel bloggers as a means of sharing travels and experiences around the world. However, it’s nearly impossible to find new people to follow unless you have a great list—so below is a quick list of 10 great travel bloggers to follow on Snapchat to make your search a bit easier:

1. Mike Corey — Snapchat: kickthegrind
Canadian-born and -raised Mike Corey is a travel video blogger at KicktheGrind.tv. His main thing is creating amazing video content. With a passion for animals, sea creatures and yucky bugs, he takes followers on adventures all around the world. At the moment, Mike is searching for lemurs in Madagascar, which make his snaps quite interesting and amazing.

2. Edna Zhou — Snapchat: expatedna
Edna (Expat Edna) has been an expat for the past eight years, spending a majority of her time in Asia and Paris, one of her favorite cities in the world. Follow her for all of the best things to eat and drink around the world and to see parts of the world through the eyes of a local.

3. Kate McCulley — Snapchat: adventurouskate
Kate is the biggest solo female travel blogger out there and following her witty and at times hilarious snaps can definitely keep you entertained while sitting at home. Currently basing herself out of NYC, she shares her adventures in the city—everything from cooking to make-up tutorials to New York tips that she doesn’t share anywhere else.

4. Brock Groombridge — Snapchat: backpackerbrock
Charismatic Brock has been traveling around the world off and on now for several years. Currently in South America, he’s only a couple away from visiting his 80th country. Watching his Snapchat stories is like traveling right alongside your best friend, who just so happens to be obsessed with beautiful views of volcanoes and lunch for $1.

5. Gareth Leonard — Snapchat: garethchat
Traveling the world at a slower pace than most, Gareth is dedicated to becoming more than a tourist and rather becoming a local or “townie” in each place he visits. A lot of Gareth’s travel has been focused on Latin America and he’s now traveling through parts of Australasia. His wit and dry humor will keep you on your toes.

6. Leah Walker — Snapchat: leahtravels
Leah is a Texan who currently finds herself living in Paris on a three-year Competences & Talents visa. She still finds herself on trips elsewhere in the world every once in a while, but in Paris each day she explores the gorgeous sites, museums and eats of the City of Love and lets the occasional “ya’ll” drop here and there.

7. Hannah Lukaszewicz — Snapchat: gettingstamped
Hannah and her husband Adam are a traveling couple that has been roaming the globe for more than half their marriage. They have made their way through 60+ countries, roadtripped the US in a converted minivan and Snapchatted more wonders of the world than most people see in a lifetime. Having just spent a month in the Middle East, they’re now relaxing in their current base of Cancun eating as many tacos as possible each day. Look out for upcoming Snaps from Cuba, Mexico, Sri Lanka, and the Maldives.

8. Erin Bender — Snapchat: travelwithbender
Do you ever wonder how people with kids travel all the time (specifically travel bloggers)? Then follow family travel blogger Erin Bender as she travels around the world non-stop with her husband Josh and two kids Mia and Caius in tow. The family is currently roadtripping around the US on the “Mother of All Road Trips,” and following them is a neat way to see how travel is great for people of all ages.

9. Drew Binsky — Snapchat: drewbinsky
Drew has been on Snapchat for quite sometime and has one of the largest followings on Snapchat out of all of the travel bloggers using it. With a hat tip to a big mention from Joe Jonas, Drew has grown his following by traveling all around the world doing everything from eating McDonald’s in over 40 countries to eating crazy foods like balut and partying whenever possible.

10. Carlo & Florence — Snapchat: nxtstopwhoknows
Carlo and Florence have been traveling the world full-time for the past three years. Instead of staying in typical hotels and hostels they often house-sit. Having traveled to over 40 countries and lived in the likes of Thailand, Brazil, Paraguay, and Colombia, they give their Snapchat followers real insight into life on the road and what it’s like to run an online business while trying to explore as much as possible. Their snaps show the good, the bad and the sometimes ugly aspects of travel.

Bonus: Me — Snapchat: cailinoneil
The 11th travel blogging Snapchatter you might want to follow is me! Since I’m slightly obsessed with Snapchat myself, I can usually be found Snapping my travels around the world. I have a hard time not being goofy on my Snapchat so at the very least if my Snaps don’t inspire you to travel, they’ll hopefully at least put a smile on your face.

Who else would you add to the list? Leave your favorite travel blogging Snapchatters in the comments below!

Editor’s note: You can follow Johnny (#12) on Snapchat at johnnyjet747: