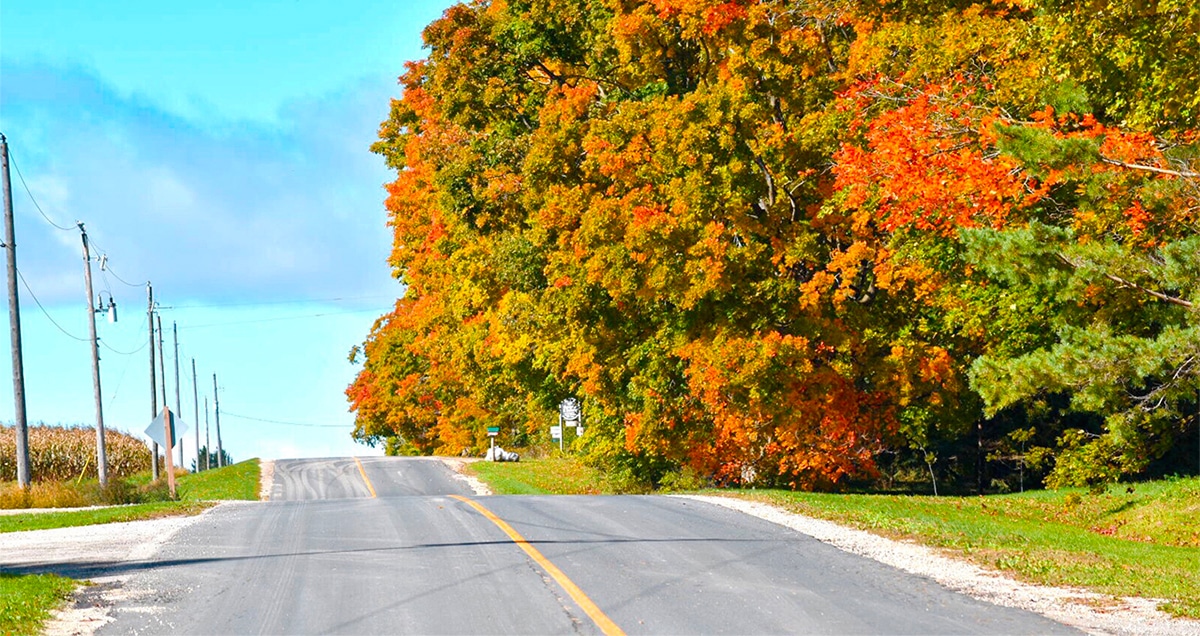 Summer is officially over in a few days and I know many people are going to start thinking about Thanksgiving travel and how they can find cheap flights for the holidays. Unfortunately, according to fare-tracker Hopper, flights are going to be the most expensive they’ve been in five years. “Airfares will be 22% higher than in 2019, and 43% higher than last year. Fares for Thanksgiving peaked at over $400 in August, but have fallen ~9% into September as they do each year and will remain at the current level until mid to late October.”

The good news is, I have some tricks and tips to help you find cheap Thanksgiving flights to see your family, for them to come see you, or for you to just get the heck out of Dodge.

1. Be flexible
Without a doubt, the key to finding cheap Thanksgiving flights is to be flexible (for any flights, for that matter). If you can’t be flexible, then you aren’t going to get a deal so you can stop reading right now. It’s not that difficult to figure out that the most expensive time to fly is when everyone else is, too.

For example, Thanksgiving this year is on Thursday, November 24. I bet you want to leave the Wednesday (November 23) before and return on the Sunday (November 27) or early morning on the Monday (November 28) after. Am I right?

Well, that’s not going to happen and if you want a cheap ticket and if you ran an airline, you wouldn’t discount fares that day either, would you?

To prove my point, I just ran a search on Google Flights (below) for roundtrip non-stop flights from New York’s LGA to Miami for a four-night stay. You can see that leaving on Wednesday and returning on Sunday are the most expensive days to fly. The roundtrip will cost over $628.

Solution: Travel two days earlier on the outbound and return on Saturday and the price will drop to just $29. If you can return the following Tuesday the fare drops to just $208.

2. Consider the time of day
Since everyone wants to leave after work or when school gets out, don’t enter in a specific time when searching for a flight. Generally, the most expensive times to fly are peak business travel hours (8am to 10am and 5pm to 7pm). Cheaper seats tend to depart early in the morning (5am to 7am), midday (noon) or late in the evening (after 8pm).
Good to know: By leaving early in the morning, you have the best chance of not getting delayed.

3. Try alternate airports
Another money-saving trick is to not only be flexible with dates and times, but also with airports. For example, rather than flying out of LaGuardia or Miami when going to south Florida, check out Newark (EWR) and/or Fort Lauderdale airport (FLL), which is 25 miles north and usually much cheaper. To see what I’m talking about, see the screenshot below.

As you can see, flying from EWR to FLL on Wednesday, November 23, and returning on Sunday, November 27, the roundtrip price is $357 If you’re a family of four, it might be worth traveling an extra 25 miles to save over $1,000.  FYI: Almost all major U.S. cities have alternate airports; I created this page show you the actual driving miles

NOTE: These screenshots were priced out on September 18, 2022. The prices will change so keep looking and set a fare alert (more on this below)..

4. Stay away from low-cost carriers and Basic Economy fares
When you do a flight search, don’t just grab the cheapest fare you see, especially from a low-cost carrier, because it could end up costing you much more than you think. Allegiant, Frontier and Spirit are just a few that are notorious for offering ridiculously low fares and then hitting you up for money for everything from assigned seats, checked baggage and even carry-on luggage.

The worst part is that now the legacy airlines like American, Delta and United don’t want to lose out so they’ve been offering the same kind of basic economy fares. So make sure you read the fine print on your ticket before buying—even from the major carriers.

5. Choose Southwest Airlines if you’re checking bags
Southwest was the original low-cost carrier so it’s ironic that they’re the only airline that doesn’t charge for checked bags. They offer the first and second checked bag for free, which most airlines would charge an extra $160 for on a roundtrip ticket (most charge $35 for the first bag and $45 for the second).

If you’re planning on checking bags and don’t have elite status or an airline-branded credit card where one of the perks is free baggage, then check to see if Southwest Airlines is flying your desired route. Remember: Their fares don’t show up in any search engines except for their own, so you need to search on Southwest.com.

7. Hold your airfares for free for 24 hours
Many consumers don’t realize that the Department of Transportation (DOT) has stated that all US and foreign carriers have to allow consumers the ability “to hold a reservation at the quoted fare for 24 hours without payment or allow a reservation to be cancelled within 24 hours without penalty.” See here for the DOT’s full rule (PDF). However, if you’re booking a ticket with fewer than seven days before you fly, this rule doesn’t apply.

8. Use frequent flyer miles or credit card points
It’s almost impossible to use your airline frequent flyer miles during the holidays unless you are flexible with dates or are willing to use double or triple the usual amount. I don’t recommend the latter but one Thanksgiving, I used 12,500 American miles to fly my wife from Los Angeles to Toronto the Friday after Thanksgiving.

9. Consult a travel agent
As you can see, bargain-hunting can be a time-consuming process but it can pay off big time, especially if you are traveling with multiple people. If you don’t want to spend the time and energy doing all the legwork, then call a travel agent and pay their fee, which can be $25 or more. A good agent will find you the same deals you can find online and sometimes even better deals if they are clever with the ticketing (usually for international flights). To give you an example, once I was flying from London to Bangkok and everything I was finding online was over $1,000. I called my travel agent and he found a flight on Etihad through Abu Dhabi for $550. It was well worth the $25 fee.

10. Hidden city trick
The airlines do not like the hidden city trick even though you are simply beating them at their own game. With that said, it’s against airline policy so you didn’t learn it from me! Here’s how it works.

I hope this guide helps you find cheap flights and more importantly, allows you to spend the holidays with the ones you love. If you find these tips helpful, please share them with your friends and family and sign up to my free travel newsletter.