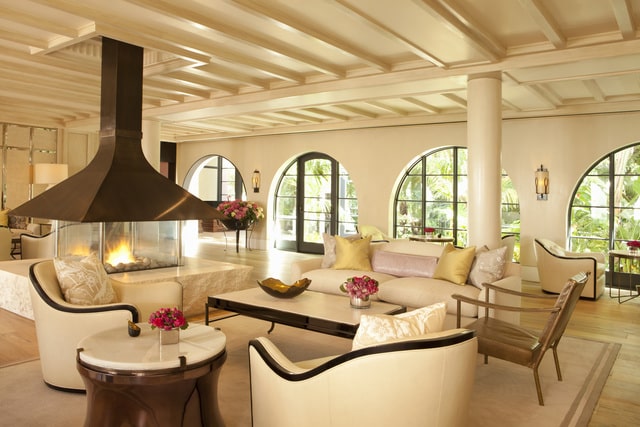 The other hotel Natalie and I checked out was the Hotel Bel-Air. The hotel manager’s note, left in our room, said it all: “Welcome to a legend reborn.” Hotel Bel-Air was closed for two years and only reopened in October after a $100 million makeover. For those not familiar with Bel-Air, it’s the most exclusive area to live in Los Angeles. It’s next to Beverly Hills but tucked into the canyon, filled with the monster-sized gated homes of the rich and famous. We only spent a night there so my top 12 reasons might change if I go back. But here’s why you might want to plop down the $600 for the nightly room rate.

1. The hotel was just renovated. Any time a hotel completes a $100 million-plus renovation, you know it’s going to be nice. The hotel has been brightened, refurbished and wired.

2. It’s situated on 12 acres and has just 103 rooms. You feel like you’re out in the country, not in one of the world’s most populous cities. There’s even a swan lake, where a family of three swans (Athena, Hercules and their daughter Chloe) live.

3. The Who’s-Who who stay here. Marilyn Monroe lived at the Hotel Bel-Air on and off for more than a decade during her marriages to Joe DiMaggio and Arthur Miller. Oprah Winfrey just filmed a Tony Robbins special from their Presidential Suite. While you’re staying here, you have a very good chance of spotting a celebrity.

4. The service. After you valet your car, the bellman radios the receptionist so they greet you by the door by name. They then walk you to your room to check you in there, not at the front desk.

5. The room’s technology: Each room comes with three phones (including one on each side of the bed) where you can control all of the lights and temperature from. There’s another phone beside the toilet so you don’t have to make a mad dash with your pants down. You can also control everything from one of Bang and Olufsen’s 40” High Definition TVs or from the master wall switches. And if that’s not enough technology, each desk has an iPad loaded with all of the world’s major newspapers.

6. The toilet: Yes – the toilet deserves its own mention. Each room has a Japanese toilet that is probably smarter than your 12-year-old. When you walk into its presence, the cover goes up automatically and a nightlight comes on. It has all of the functions of a modern bidet and then some – like a dryer and a heated seat. Trust me – it will almost make you never want to leave your room. Yowsa! 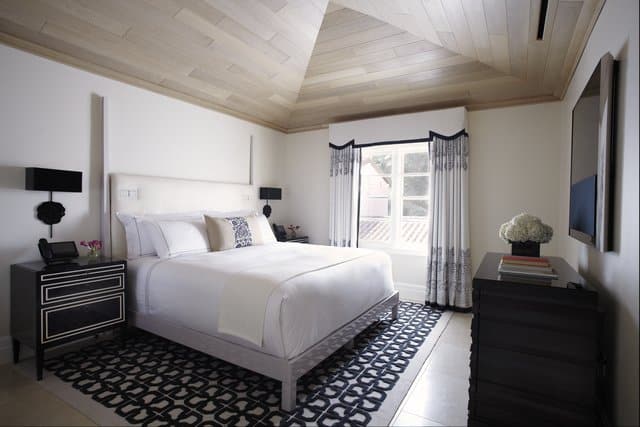 7. The room’s details. They didn’t skimp on the little things. Each bathroom has La Prairie toiletries, a hotel branded full nail kit, reading lights built in to the headboard, a large glass bottle of Voss water, fresh fruit and welcome treats that include a bottle of wine.

8. The perfect bed: You are guaranteed a great night’s sleep because of the plush king mattress with Fili DOro 310 thread count Egyptian cotton bed linens, long pillows designed for heaven, and a comforter that’s not too heavy.

9. Real fireplace: Each room comes with a fireplace. The old rooms come with a real one, which requires a staff member to light. The new rooms have gas so it’s just the press of a remote control. No wonder the hotel felt so homey when we first arrived.

10. The robes: Try one on and you’ll understand why they made the list.

11. Nestor the masseuse: The spa is relatively small at 4,134 square feet. It has seven treatment rooms and a whole slew of services to choose from. I had their signature 60-minute Caviar Massage (normally $215) using La Prairie products. The masseuse, Nestor, was amazing. He asks if you mind him getting up on the table to really dig his magic paws in. He’s light so no problems there.

12. Car service: The hotel offers a free Mercedes car service within three miles so you can shop on Rodeo Drive no problem. On Saturday night, Natalie and I were dropped off at the W Los Angeles so we could eat at NINETHIRTY. Afterwards they picked us up and brought us to UCLA’s Royce Hall to see Swan Lake. NOTE: The car isn’t always available and it’s only on service until 9pm.

Good To Know:
1. There’s basic free Wi-Fi that’s pretty slow so if you want to stream movies or download emails at a regular pace, you will have to upgrade to the premium service for $15 a day. However, they make up for it by allowing you to use your T-Mobile, Boingo and other email services.

2. My T-Mobile Blackberry had very poor service so keep that in mind.

3. The pool didn’t look like it had been refurbished and when we were there, six kids were frolicking in it. Not the quiet haven we expected so they could use two pools.

4. Our night maid knocked on our door at 10:45pm for turndown service. That’s a little late if you ask me but maybe she was told that we’d returned just a few minutes before.

5. Next to the front desk are hotel operators or their reservation people. It was really weird. I felt like I was in a call center. Update: The hotel just informed me they are the concierge team.

6. One of the front desk staff members, Emma, was outstanding. She took as much time as we wanted to show us the property. She even served us tea in the afternoon. 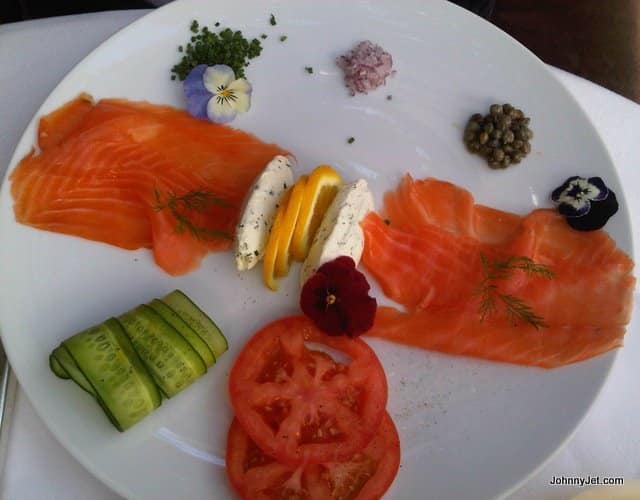 7. Wolfgang Puck has a restaurant in the hotel called Wolfgang Puck at Hotel Bel-Air. It features modern California cuisine with European and Mediterranean influences, all served up in a spectacular garden setting.

The fine print: Did you know Los Angeles has more professional theaters than NYC? Royce Hall is an amazing place to catch a performance and after the ballet, Natalie and I strolled around UCLA’s beautiful campus and then headed on to downtown Westwood to get one of Diddy Riese’s delicious ice cream sandwiches, which are just $1.50 each. The line was a block long and took 40 minutes. Was it worth it?Absolutely! 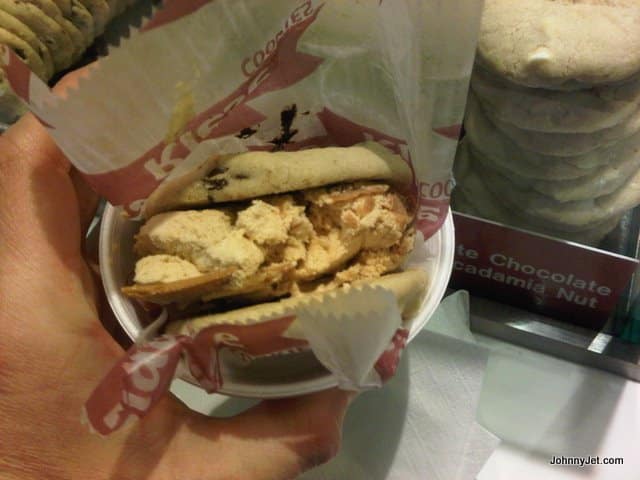 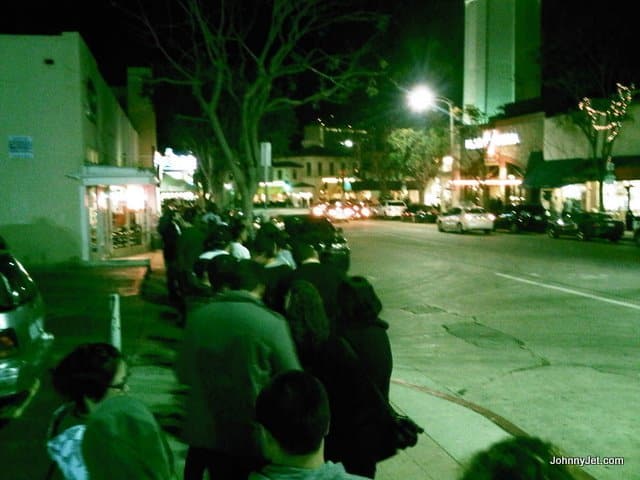 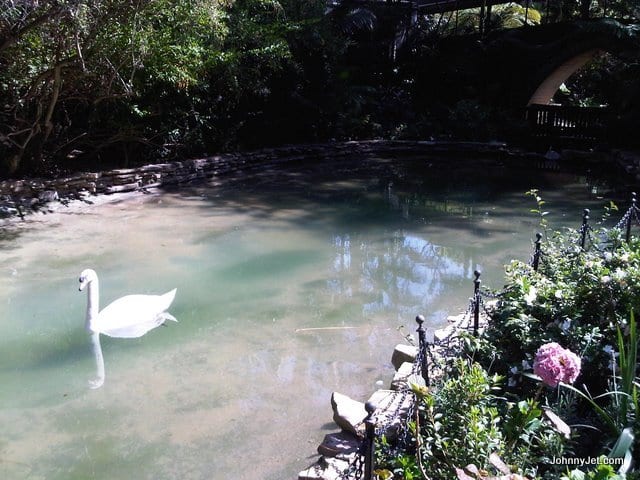 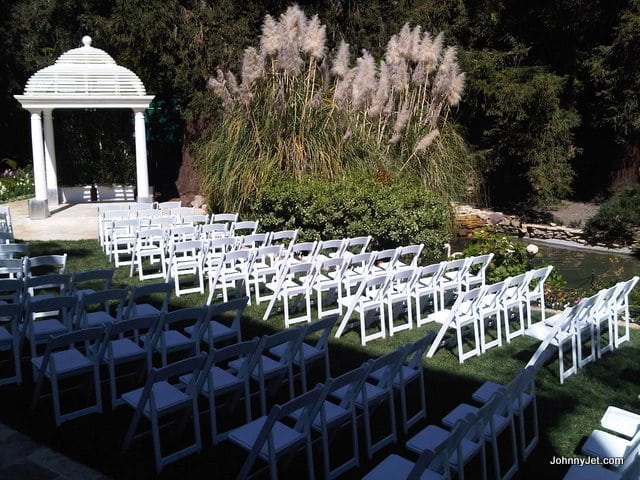 Natalie at the Pool 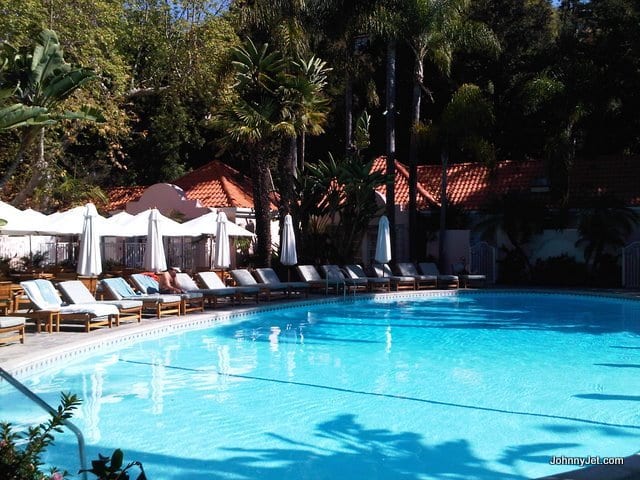 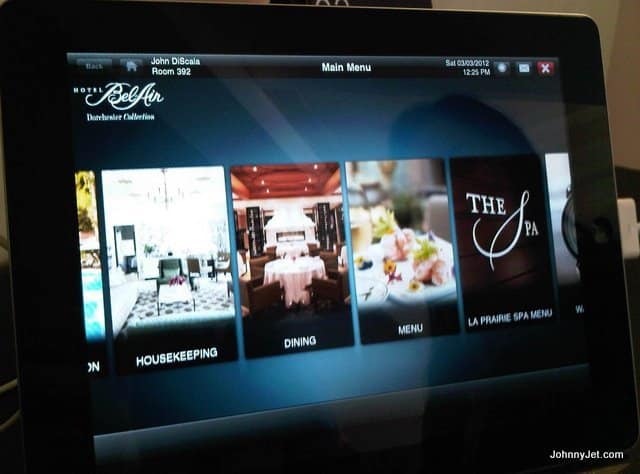 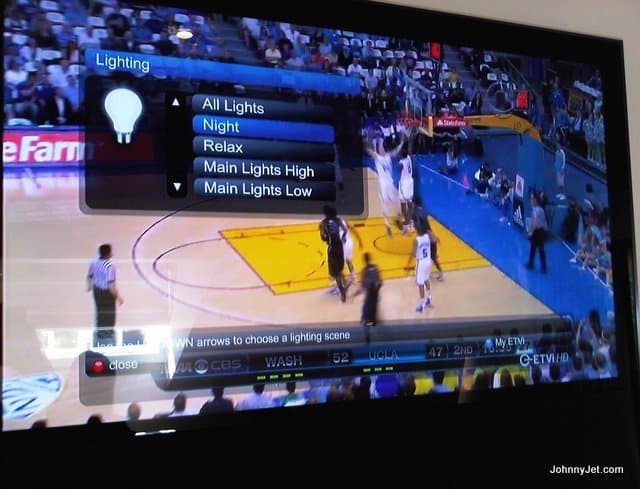 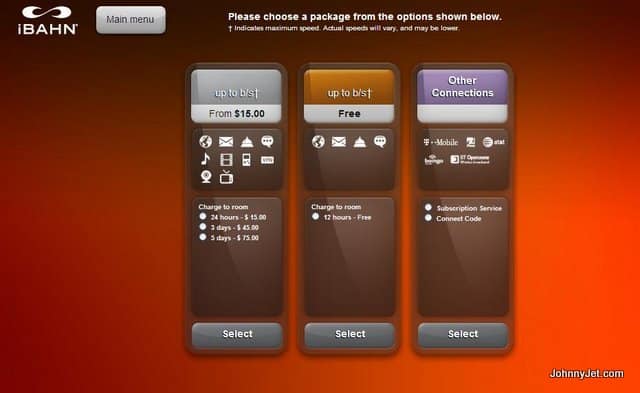 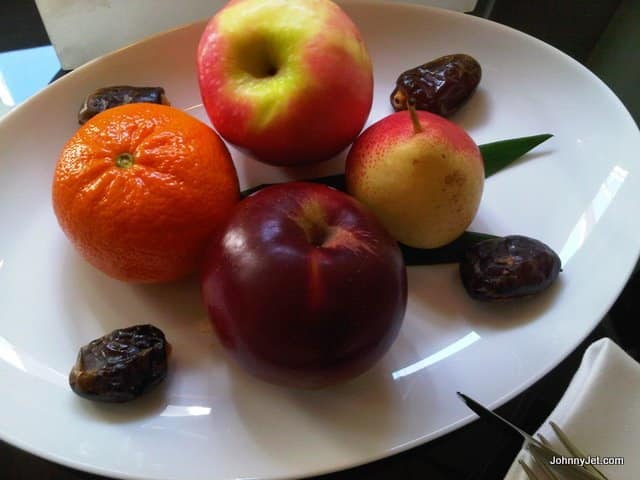 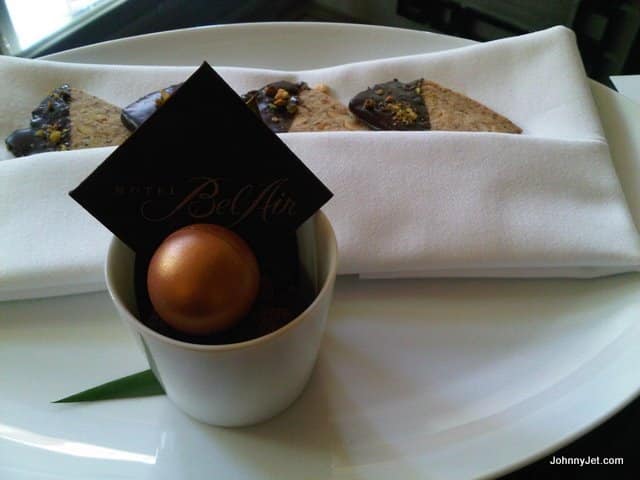 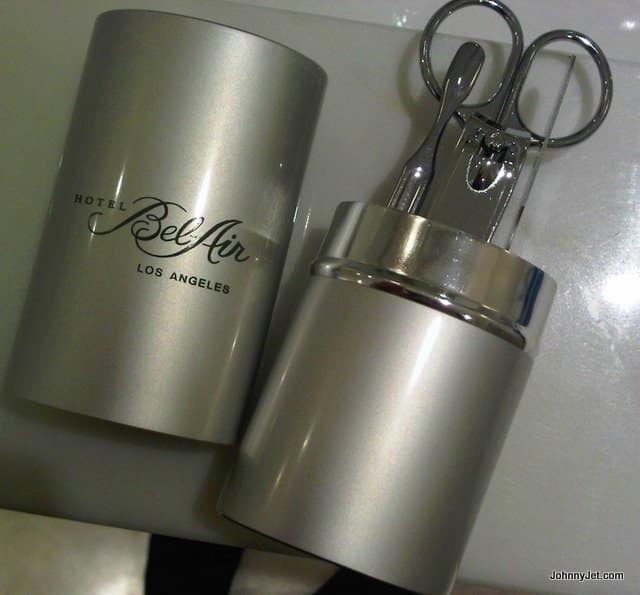 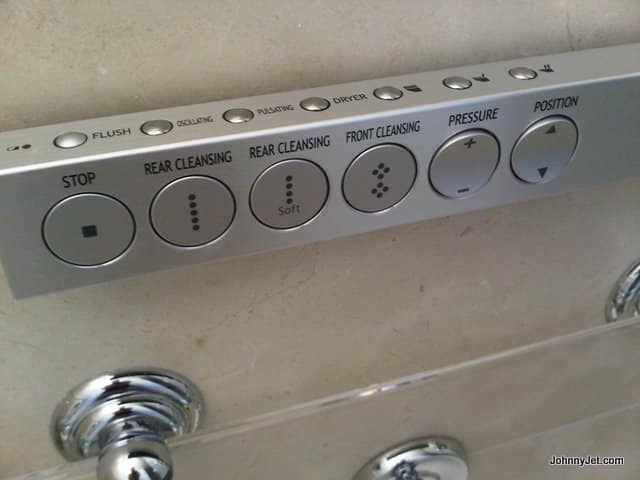 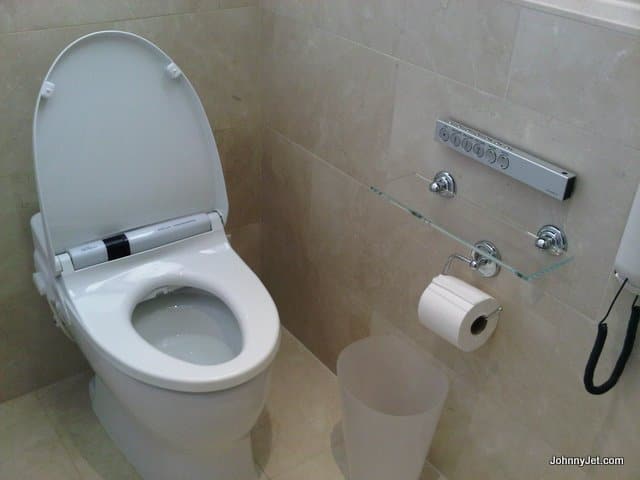 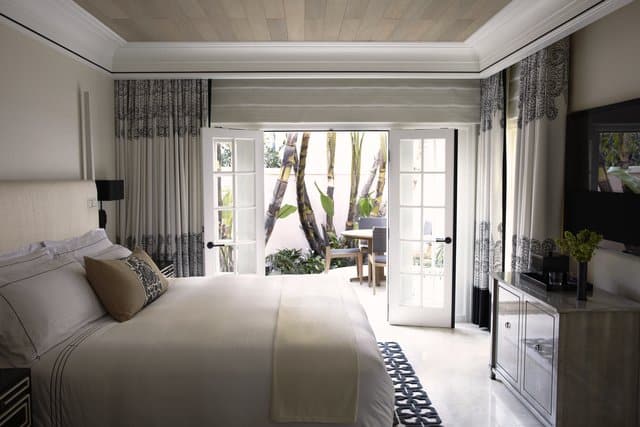 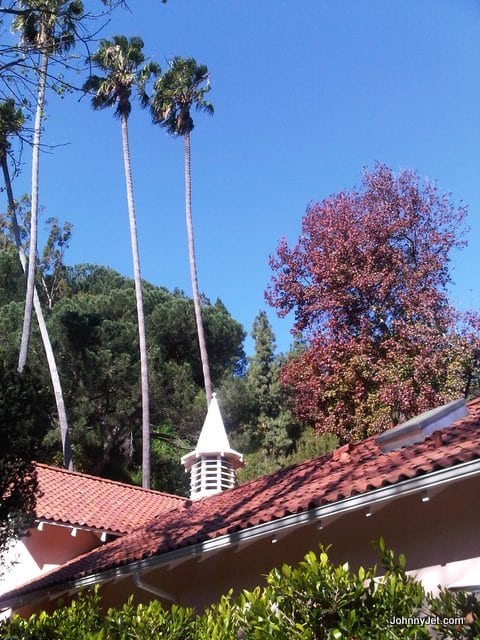 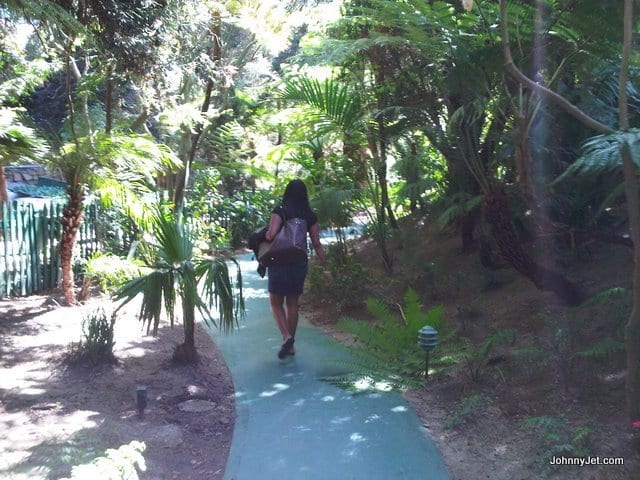 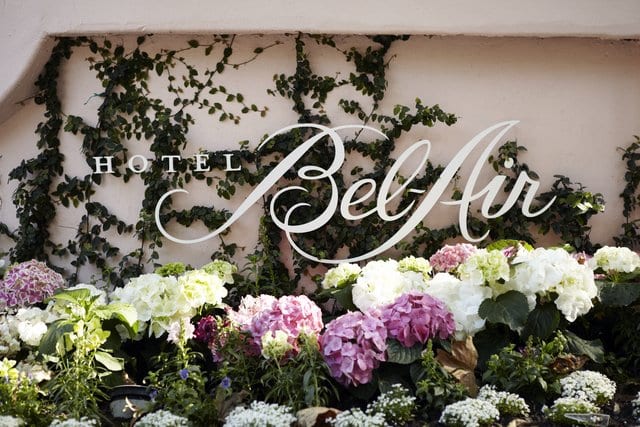