12 Stories To Never Forget Those We Lost On September 11 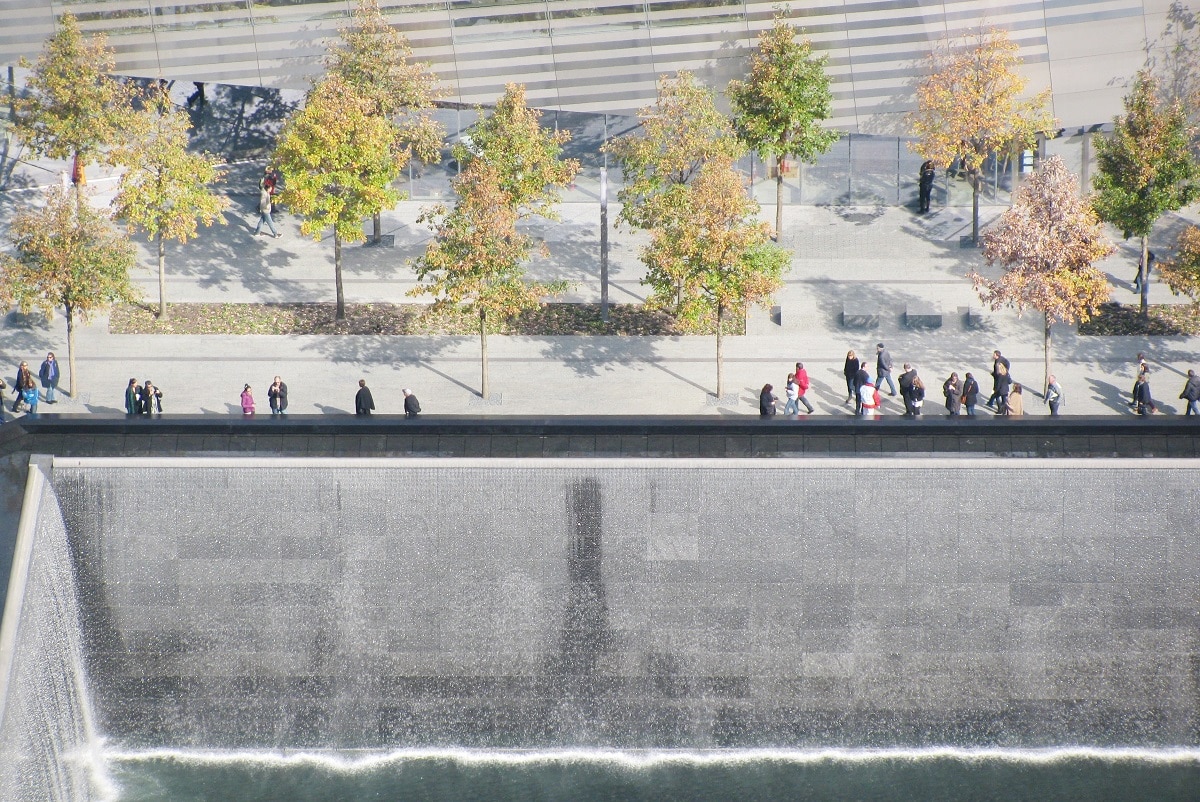 Watching the coverage last night and this morning had me in tears. I haven’t bawled like this since my son was born and taken to the NICU.

But I do clearly remember the following days after 9/11 were some of the best in America. Best because we all came together. Every day in my travel tip newsletter, I do a round-up of 12 Things To Know In Travel Today so today, in addition to those stories, I’m sharing 12 Stories To Never Forget Those We Lost On September 11. These are the stories of so many of the people who were lost or impacted by that fateful day and the heroes who showed immeasurable strength and courage. They’re below. And here are the nearly 3,000 names on the 9/11 memorial if you’d like to take a moment to scroll through them, reflect and remember.

1. Honoring the Flight Crews That Died 20 Years Ago Today
The names of crewmembers who were murdered twenty years ago compiled by Cranky Flier.

2. How 9/11 Changed Air Travel: More Security, Less Privacy
Ask anyone old enough to remember travel before Sept. 11, 2001, and you’re likely to get a gauzy recollection of what flying was like. There was security screening, but it wasn’t anywhere near as intrusive. There were no long checkpoint lines. Passengers and their families could walk right to the gate together, postponing goodbye hugs until the last possible moment. Overall, an airport experience meant far less stress. (AP)

3. The Strangers Who Fell in Love When 9/11 Diverted Their Flight
Twenty years ago, Nick Marson and Diane Kirschke were strangers on board Continental Airlines flight 5 traveling from London Gatwick to Houston, Texas. Four hours or so into the flight, the pilot came over the intercom and announced the airplane would be diverting to Newfoundland, Canada. “There are problems in US airspace,” the captain said, giving no further details. (CNN)

4. On 9/11, This Air Force Pilot Faced a Suicide Mission. Everyone Needs a ‘Courage Muscle,’ She Now Tells Students
With no missiles on board, Maj. Heather “Lucky” Penney, then just a rookie fighter pilot, was called upon to take down United Flight 93 on 9/11. That would have meant ramming her jet into the plane, essentially a suicide mission, Everyone has the capacity to exercise such courage, she will tell Widener University graduates. (inquirer.com)

5. A Volunteer’s 9/11 Memories
“I saw the flight attendants in the galley crying. Then the pilot came on the intercom and said, ‘New York and Washington are under attack. All hell has broken loose, we’re going to Canada’.” This is how a passenger on a Continental flight from London to New York said she learned about the 9/11 attacks on the World Trade Center and Pentagon.– Travel Industry Today

6. Twist of Fate Spared Pilot From 9/11 Pentagon Attack: ‘I Could Hear it From the Phone’
In 2001, Dan Elwell was a pilot in the small, tight-knit, Washington-based crew for American Airlines. Nearly every month, he flew the right seat of the Boeing 757 on American Airlines Flight 77. “[Flight] 77, there’s a lot of personal connection to it,” Elwell told 7News. It was a favorite trip of his. But something stopped him from flying on September 11, 2001. “I didn’t bid 77 because I had a promotion ceremony scheduled in the Pentagon on 9/11,” he said. “I was in the Airforce Reserve.” (WJLA)

7. Who Was the Falling Man from 9/11? – Falling Man Identity Revealed
Do you remember this photograph? In the United States, people have taken pains to banish it from the record of September 11, 2001. The story behind it, though, and the search for the man pictured in it, are our most intimate connection to the horror of that day. (Esquire)

8. Sacred Ground: A 9/11 Story : Up First
On September 11, 2001, United Flight 93 was hijacked by four Al Qaeda terrorists. The passengers and crew fought back and because of that, the plane crashed outside of Shanksville, Pa., instead of its likely target: the U.S. Capitol. (NPR)

9. The Real Heroes Are Dead
As Susan Greer was walking her golden retriever one morning near her home, in Morristown, New Jersey, she heard footsteps behind her. It was just after six, on a warm Saturday in late July of 1998; she liked the quiet and the early-morning light. The footsteps came closer, and then a jogger passed her. He was tall and somewhat heavy, and appeared to be about her age—she was fifty-six. What really caught her attention was his feet. He had no shoes on. It wasn’t like her to say anything to a stranger, but curiosity overcame her, and she asked, “What are you doing jogging in your bare feet?” (The New Yorker)

10. September 11: American Airlines Ticket Agent Who Helped 9/11 Hijackers Make Flight 77 Finds Forgiveness
Vaughn Allex will never forget the faces of two of the 9/11 hijackers. He looked them in the eye that morning and asked who packed their luggage. Allex was an American Airlines ticket agent at Dulles International Airport on Sept. 11, 2001 when two men ran into the terminal — appearing lost — and approached his counter.(ABC7 Los Angeles)

11. VIDEO: The Man in the Red Bandana
If I was a betting man, I would bet anything that you will be bawling after watching this video. “Remembering former Boston College lacrosse player Welles Crowther, who led people to safety after terrorists struck the World Trade Center on Sept. 11, 2001.” (ESPN)