About the author: Mike Siegel is a stand-up comedian, TV host, actor and travel enthusiast based in Los Angeles. He also hosts a weekly travel-themed podcast, Travel Tales, on iTunes and at www.traveltalespodcast.com. 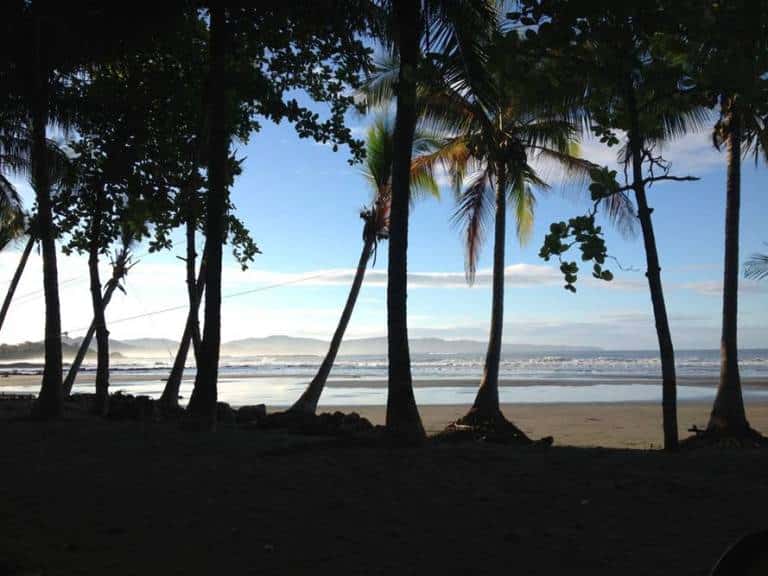 1. Money. The U.S. dollar is the standard currency. No need to exchange for the local currency or do exchange rate math at shops or restaurants. You may get the odd local coin, but just be sure to spend them before your flight home. Vendors will accept all your bills, although counterfeiting is a common crime in Panama. Just beware that bills over $20 will get some scrutiny. Make sure they’re not torn, faded, or worse – fake.

2. Distance. It’s not that far. Panama City is located in the Eastern Standard Time Zone and is a 6-1/2 hr flight from LAX and 5-1/2 hours from New York. United has direct flights from both cities. No major jet lag or time change issues.

3. Size. It’s small. I was there for two weeks and it was plenty of time to see the country’s major highlights: Panama City and the nearby Canal, Boquete, and Bocas del Toro. Those three are even doable in a week, but hey, it’s warm – take it slow. If you have time, try to head to Santa Catalina and the Pacific beaches. I practically looped the country in a rental car over those two weeks and never felt rushed. I drove from the Atlantic to the Pacific in six hours. Where else can you do that? 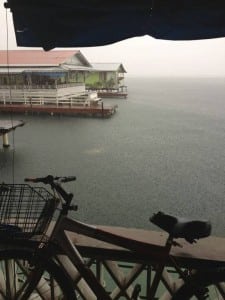 4. Water. You can drink the water. With the exception of the poorer Bocas del Toro region, tap water in Panama is safe to drink. Seasoned travelers know that’s a big deal. It means cleaner food in restaurants, and saves money and plastic waste by not constantly buying bottled water.

5. Heat. It’s tropical, so you can pack light. Panama is warm year-round, and like most regions near the equator, it has two seasons: wet and dry. Check before making plans, because certain regions have different rainy seasons. While the dry season in Panama City and the Pacific side begins around mid-December through the end of spring, Bocas del Toro on the Caribbean side is the opposite.

6. Sports. It’s great for adventure lovers. In my fortnight I went scuba diving in both oceans,  whitewater rafted twice, zip-lined over mountain treetops, and surfed one of the most famous breaks in Central America. Mountain towns like Boquete and Valle del Anton have miles of hiking trails, some to the top of dormant volcanoes. Isla de Coiba off the Pacific coast is a national park with world-class diving and sea life.

7. Cost. While the similarities to Costa Rica, Panama’s neighbor to the north, are many,  Panama has lagged 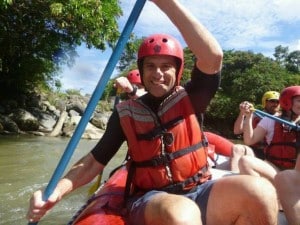 behind when it comes to a tourist infrastructure. While this may seem like bad news (and in terms of things like poorly marked roads, it is), it’s good news on the price front. Hotels in Panama City may be at U.S. level, but prices drop considerably in the rest of Panama.  Decent hotel accommodations can be found for under $50/ per night throughout the country. I paid $60 for a two-tank scuba dive trip in Bocas del Toro – that’s cheap. And speaking of prices: 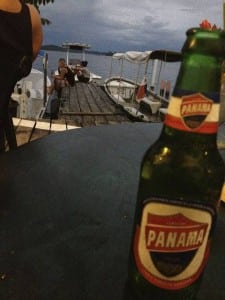 8. Beer. If you like beer as much as I do (especially in a hot climate) Panama’s got you covered. The three big local brews are Atlas, Panama, and my personal favorite, Balboa. I never paid more than $1.50 for any of them, and quite often, only $1. Talk about an endless happy hour!

9. Vice. Gambling and prostitution are legal. Who needs Vegas? To be honest, I partook in only one of these activities. Casinos abound in Panama City, and while trying my hand at blackjack it was hard not to notice the throngs of scantily clad women loitering around the bar. I don’t judge, but the consequences of this means Panama has a high rate of HIV infection. Be safe. I stuck with my dwindling chip pile, nursed a cold Balboa, and took a pass on pleasures of the flesh.

10. Baseball. Panama loves baseball. And while the small domestic league is not on par with the U.S. or even Japan’s, Panama has a rich history of exporting Major Leaguers- the current hometown hero being the Yankees’ All-Star reliever Mariano Rivera. The national stadium in Panama City is named after favorite son, Hall of Famer, and one of my personal heroes as a kid, Rod Carew. I went to the empty stadium just to see it, and the security guard was nice enough to let me and my friend inside to take photos. Sweet! Try to catch a game if you can.

11. Coffee. Mention Starbucks to a Panamanian and he’ll laugh in your face. Panama grows some of the world’s finest coffee. In mountain regions 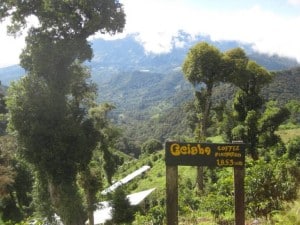 such as Boquete, you can tour coffee farms and be schooled in the art of growing, brewing, and of course, tasting. Bean lovers, rejoice!

13. Panama City. The capital city is where Panama has it all over Costa Rica. While I found San Jose to be a seedy burg with little to offer the visitor, Panama City is the bustling commercial hub of Central America. Construction is everywhere, and it’s hard not to sense that things are happening. That growth brings greater diversity to the people, the neighborhoods, and best of all to the food.

14. The Canal. Naturally, the Panama Canal is the first image that comes to mind when one thinks of the country. Is it worth seeing? Absolutely. Just a 20-minute cab ride from downtown Panama City takes you to the Miraflores Locks and visitor’s center. There you’ll find a museum and viewing platform, where you can watch ships of all sizes be raised and lowered on their way to/from the ocean. It’s one of mankind’s greatest feats of engineering, and should not be missed. 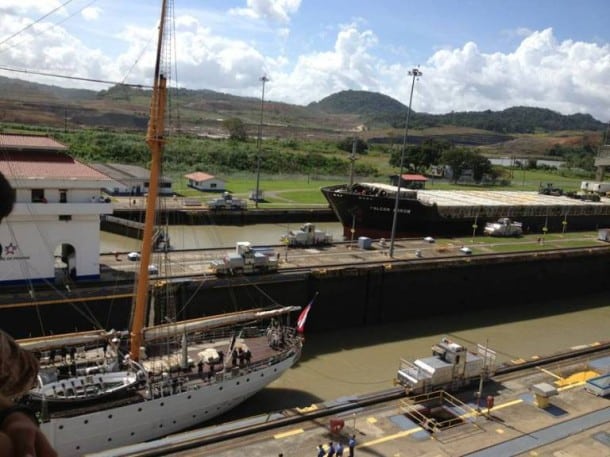 7 Comments On "14 Reasons to Visit Panama" 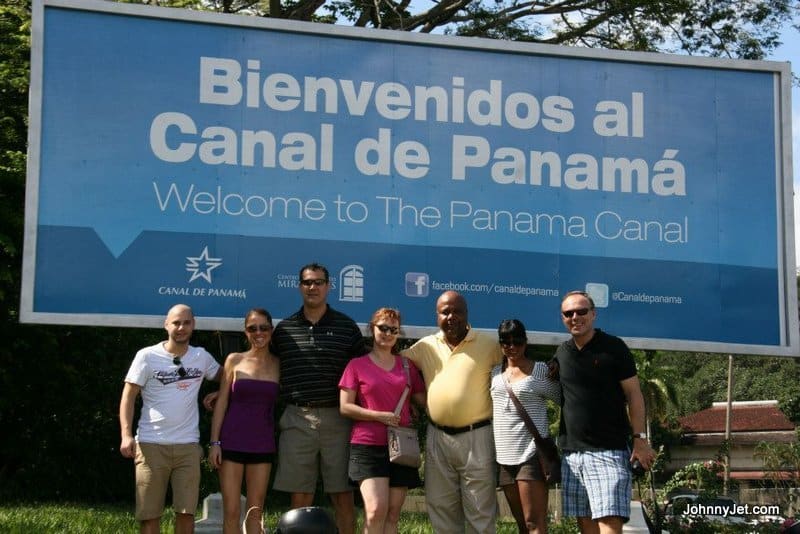 Unfortunately, a day after arriving in Panama the virus that I caught on a preview cruise out of Miami hit me ,and it was doozy too — 103 degree temp…. 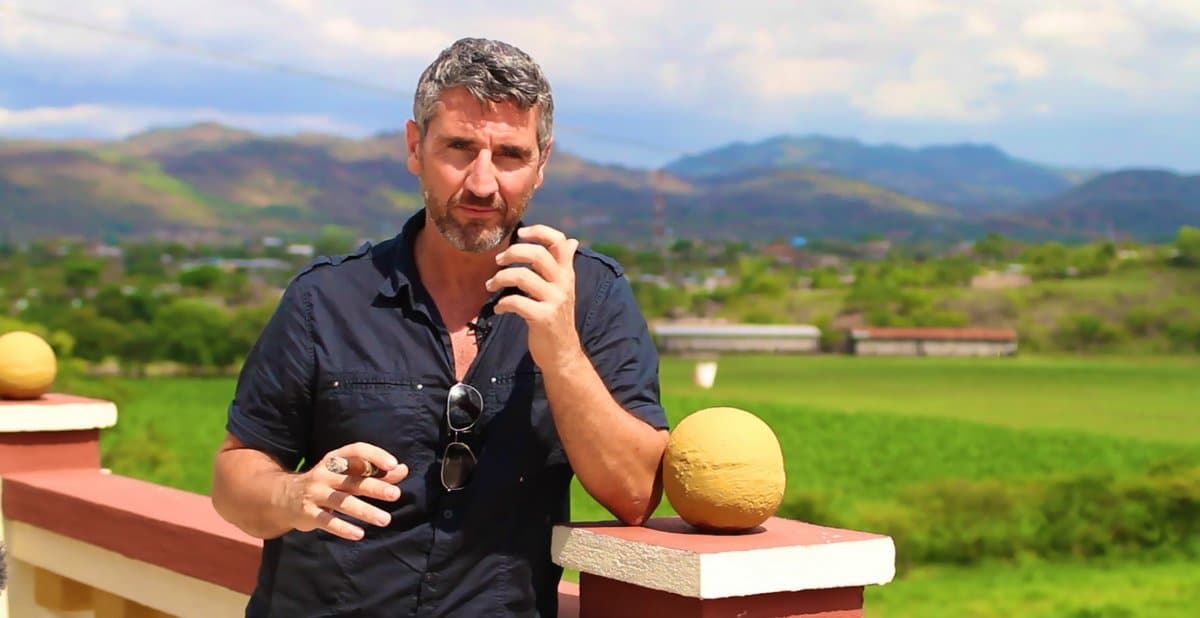 Win a Trip for Two to Nicaragua for a Cigar Safari

Are you 25 years or older and a cigar lover? If so, listen up! Native Scotsman Richard Crawford—who used to be the United States Ambassador to The Glenlivet Single Malt…

15 Notes on El Salvador, Where Life Grows Free and Green

My first night in El Salvador, at a locally inspired hotel dinner, I lost my notebook. Long-hand musings, names, numbers, bars/cafes to check out in Berlin and Brooklyn and Phnom Penh—all…