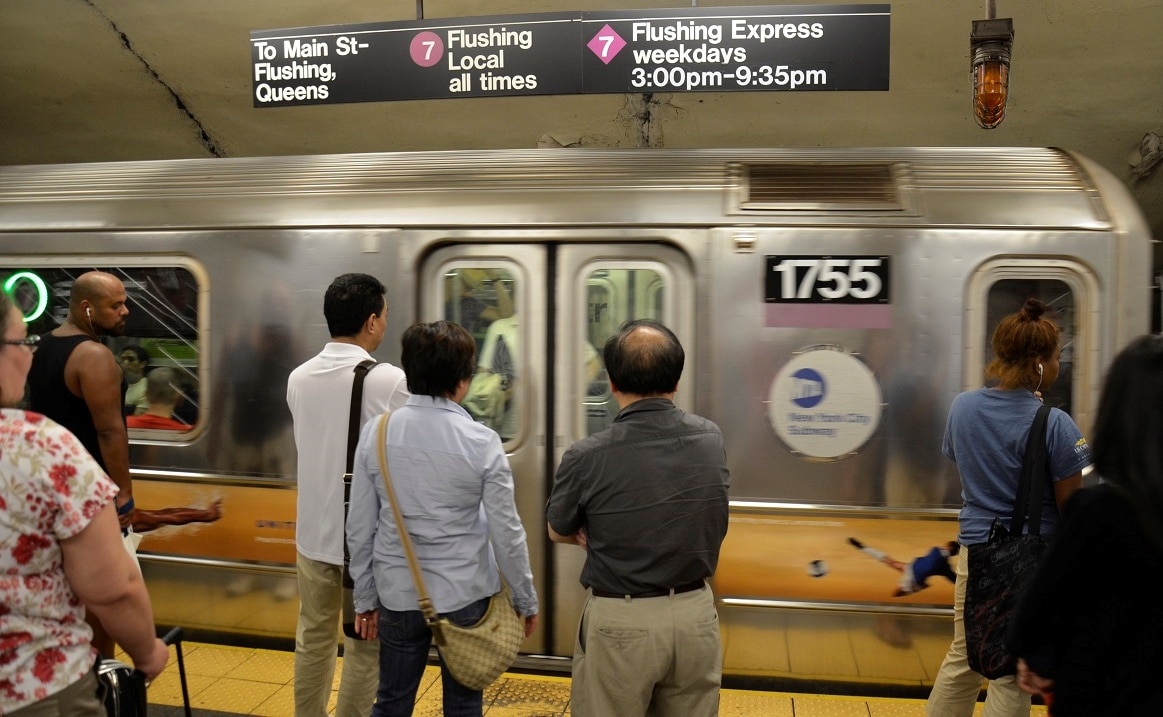 Bradley Cooper, actor, filmmaker, ex-lacrosse player and former travel show TV host (I only threw those last two in because they’re not widely known and I, too, played lax in college and hosted a Travel Channel show) just revealed some details of being held up at knifepoint midday on a New York City subway.

Cooper shared details about the October 2019, pre-pandemic encounter on Dax Shepard and Monica Padman’s podcast Armchair Expert today (Monday, November 29, 2021). As reported by US Weekly, Mr. Cooper said, “I used to walk around New York City all the time with these [headphones] on — this was pre-pandemic — I was on the subway [at] 11:45 to pick Lea downtown at Russian school and I got held up at knifepoint.”

“It was pretty insane,” he continues. “I realized I had gotten way, way too comfortable in the city. My guard was down. … I was all the way at the end of the subway. Innately, I would just go all the way down to the end. I felt somebody coming up. I thought, Oh they want to take a photo or something. As I turned, I’m up against the post like it’s the French Connection or some s–t, and I turned. I looked down and I see a knife.”

What’s particularly disturbing about this is that it happened midday. But there are four things Cooper did wrong and all travelers can learn from his mistakes:

1. Don’t ever let your guard down
Always be aware of your surroundings, especially in this day and age and living in America. Wherever you are, know the exits and an escape route, in case something goes down. When we go to a restaurant, I always sit facing the door since I’m more observant than most. I never like to have my back to people so I always situate myself with the clearest line of vision.

2. Don’t leave both earbuds or headphones in
I’ve been telling my wife for months now not to walk around with both earphones in. She walked by me once and couldn’t hear me yelling to her. With both in, you can’t hear what’s going on around you. Just use one when you need to pay attention to your surroundings (basically any time you’re out in public.) One will be enough to hear your music, podcast or phone call but you’ll still be able to hear noise around you.

3. Don’t ride in a vacant subway car
Hanging out at the last subway car has been one of my travel tips because it’s usually the least crowded, which is especially important during rush hour and during a pandemic. But it’s also now proven to be unsafe. A too-vacant subway car makes you an easy target and leaves you vulnerable since there’s no one around to help you or deter criminal activity.

4. Don’t run from a knife or gun
As Cooper stated, he was taught to never run from a knife and yet he still did. It could have been a fatal mistake. I know it’s easy for an armchair observer to say this because you never know what your instincts will be in that moment, in that situation. But I hope that if it ever happens to me, I will be as lucky as Cooper. Maybe it was his  instincts that kicked in from his lacrosse days …. when a defenseman puts a stick in your mug, you run. I might have started running, too. But if you’re cornered and someone pulls a knife on you for a robbery, then just hand everything over.

The bottom line is that America has changed recently and Cooper got lucky. Fortunately, we’re able to all learn from his mistakes.