While many of you know Minneapolis is beautiful in the summer with 22 lakes within city limits, hiking trails and rolling green urban landscape, there’s something really special about this city, even in the freezing cold of winter. I trekked through Minneapolis this winter and found it’s iconic beauty even while it was a tad chilly outside!

Did you know: Minneapolis has the country’s largest network of glass-enclosed, climate-controlled skyways, which makes it a great city to visit in the cold of winter or the heat of summer.

Here’s my list of six iconic to-dos in Minneapolis, especially great stops to make in the winter when staying inside is a plus:

1. Walker Art Center
The Walker Art Center ranks among five of the most visited contemporary art museums in the United States. Starting off as a personal art gallery for Thomas Barlow Walker in 1879, the art center was officially launched as a public art gallery in 1927.

In fact, 2015 marks the 75th anniversary of Walker as a public art center. Check out a this new exhibit they created especially for the anniversary called Art at the Center: 75 Years of Walker Collections. The exhibition looks at 75 years of collecting at the Walker and its’ diverse acquisitions. Walker isn’t just full of of sculptures and paintings, it pays tribute to performing arts as well. I recommend jamming out for a bit in the record room!

Okay I know, this is not all that warm and cozy in the winter. But it’s just across the street from the Walker Art Center and you can walk into the Cowles Conservatory right next to the Sculpture Garden to see Frank Gehry’s Standing Glass Fish. Both the conservatory and the Walker will warm you up right away!

3. Mill City Museum
Flour milling may not sound super exciting but this museum is so awesome and a hidden gem in the city! Minneapolis was built on flour and the Mill City Museum provides a look at the city’s historic past.

The museum lives in the partially reconstructed ruins of a flour mill that exploded in 1878, burned in 1928 and burned again 1991 (thankfully no lives were lost). You can even still see the twisted girders that melted in the heat and the soot on the bricks of the building.

There’s also an elevator ride called the Flower Tower that shows how milling makes wheat into flour and what led to the explosion. If that isn’t enough of a reason to visit, there’s a bakery in the museum’s basement where you can get hands on in the kitchen or just smell the amazing aromas as you walk around the artifacts from the milling days!

Tip: Check out the rooftop deck with a panoramic amazing view of the entire Mississippi Riverfront, including St. Anthony Falls and the Stone Arch Bridge. As part of the St. Anthony Falls Heritage Trail, this pedestrian crossing is the oldest mainline railroad bridge in the northwest.

Each room conveys the stories, traditions and culture of Scandinavia, honoring the heritage shared by many immigrants and residents.

6. Guthrie Theater
The Guthrie Theater opened in July 2006 and has earned numerous design awards. It has three theaters, 11 bars and the Endless Bridge offering cool views of the surrounding area. I didn’t realize how culturally progressive Minneapolis was; it has a booming national arts scene with more theater seats per capita than any U.S. city outside New York. Minneapolis Saint Paul has over 75 professional theater groups and more than 30 performance venues.

Tip: Located at the Guthrie Theater, SeaChange offers audiences a great pre-show dining spot with the best raw bar. We had an amazing dinner here then headed over to see The Cocktail Hour, which I also highly recommend! The Cocktail Hour runs until January 4.

Where to stay
Since it’s chilly outside, it’s important pick a hotel that’s centrally located to all of these iconic to-dos! The Radisson Blu Minneapolis (35 South 7th Street, Minneapolis, MN 55402; Tel.: 612.339.4900) is in the middle of downtown Minneapolis. We are talking a 10-minute-or-less Uber ride to any of the activities above! The hotel has been recently renovated and converted from Radisson to Radisson Blu so it’s new and nice.

Here are some of my favorite additions to the hotel since its conversion to a Blu:

Lobby digital artwork: There’s a cool LED-video wall in the lobby and it catches your attention as you walk in. Two works of digital art were commissioned for the screen. Artist Morgan Swing captured footage around Minneapolis over several days and created Minneapolis in Motion with the footage. The second piece of digital art, Cants and Flitches by Emily Weil, was created to celebrate the lumber industry of Minnesota.

Blends modern with historic Minneapolis: Using Minnesota as main inspiration, the hotel has mid-century Scandinavian style furniture throughout the property. However the materials used give a nod to the industries and mines that built Minnesota with materials ranging from natural wood finishes to steel and copper in furniture.

Goes beyond a typical hotel restaurant: FireLake Grill House & Cocktail Bar is connected to the hotel but it really feels like you are dining in a modern, comfortable setting away from a hotel! The restaurant incorporates fresh and local produce and has a craft cocktail list. Every single item I had on the menu was delicious and very uniquely presented (especially the Walleye!). You can’t go wrong here. I even recommend locals should come here even if you aren’t staying at the hotel.

Unique guest room wall: I just loved this wall! I think it’s so creative and fun! While the rooms are very minimalistic yet luxurious with natural colors, this fun wall gives the room a pop of personality. My room had cassette tapes all over the wall as seen in the picture above. I thought it was an unexpected surprise from the natural color scheme.

All photos courtesy of Caitlin Martin. 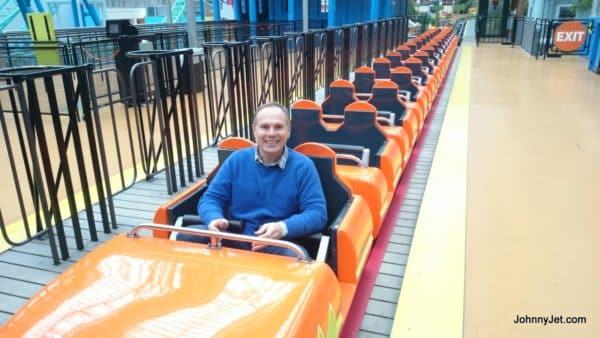 10 reasons to visit the Mall of America

When I was invited to go to Minnesota to attend the ONE Travel Conference in late January I had one thought: “What are they crazy?!” But when the organizers informed… 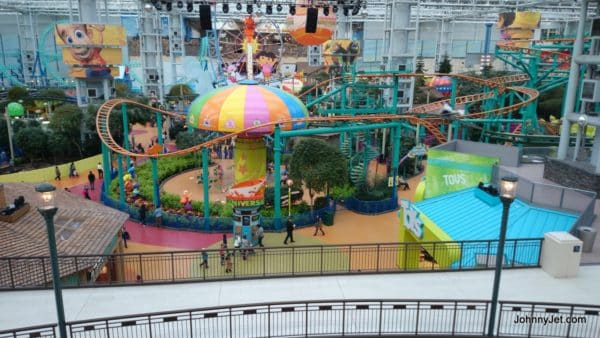 Long Layover at MSP? Go to Nearby Mall of America and Save

If you’re following me on Facebook, Instagram and/or Twitter, then you know that I recently returned from Bloomington, Minnesota, home of the largest mall in the United States: Mall of… 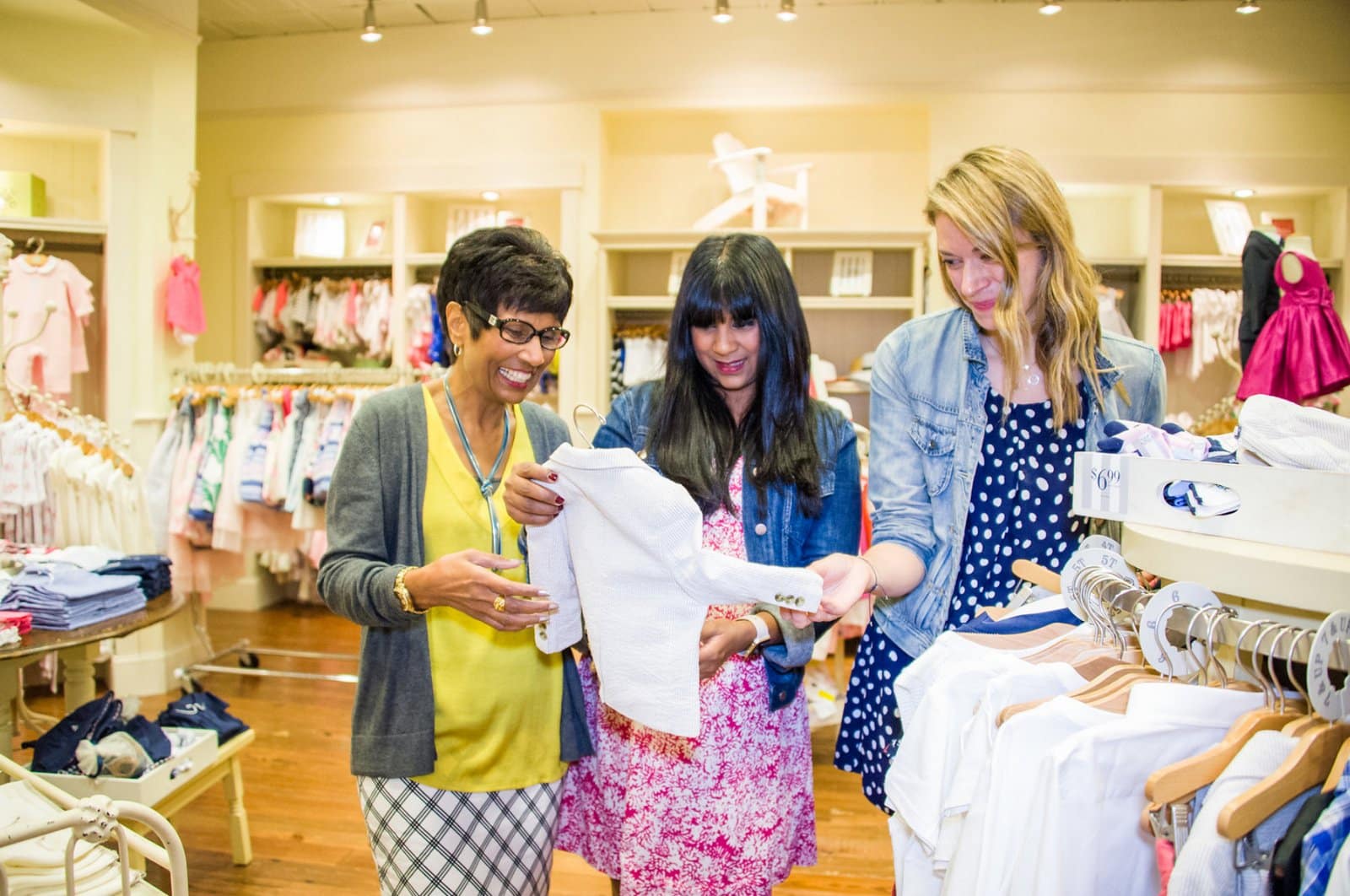 10 Reasons to Have a Baby Shower at Mall of America

You might be scratching your head, thinking, “What the heck is a “destination baby shower?” Don’t worry … you didn’t miss the memo! It’s possible Natalie is the very…