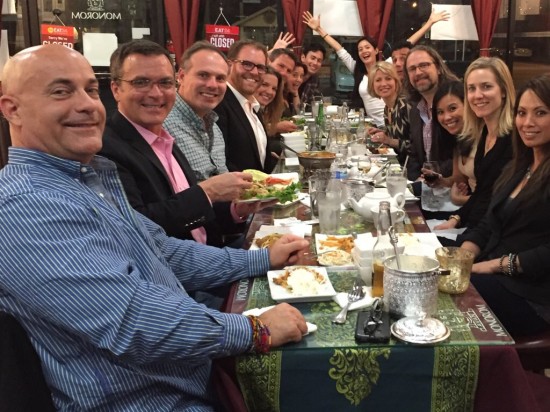 I flew home from the South Beach Food and Wine Festival just in time to speak at the Los Angeles Travel & Adventure Show at the Long Beach Convention Center—which was a whole lot of fun. One of the highlights was having dinner in a hole-in-the-wall Cambodian restaurant with many of the event’s other speakers, including Samantha Brown, Josh Gates, Ralph Velasco, and Chris McGinnis. 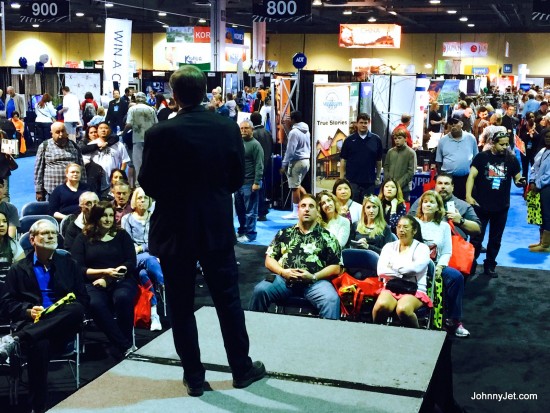 Chris and I did a seminar on how to travel like a rock star, which included these money-saving tricks. 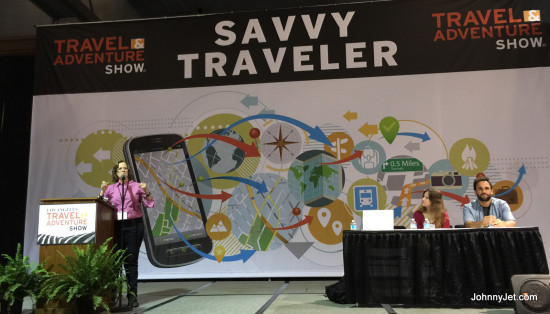 After that, I joined a panel to talk about some of my favorite travel apps alongside Jen Miner, Terry Gardner and Adam Ringler. Those can be found below.

Google Translate
Translate between 90 languages. The app has integrated Word Lens, after Google bought the app, and it’s made it even better. Now travelers can translate any text including street signs and menus just by holding up their camera—all without an internet connection. The translation is suddenly overlaid on the phone screen, just like that. Google Translate is currently available for free for iPhone and Android and translates English to-and-from seven languages: French, German, Italian, Portuguese, Russian, and Spanish. Google said it’s working to add more.

Glympse.com
My cousin offered to give me a ride to the airport and when I texted him to see how far away he was from my house, he sent me this a link. a Google map with his exact location and the speed at which he was traveling. I thought, “what a perfect app for travelers to know where their ride is!” Glympse’s tag line says it all—“Share where you are”—and you can have all kinds of privacy settings so only the person(s) you want to know where you are can see your location. And the best part—it’s free. Don’t you wish all car/busses/trains/planes supplied this? No more “I’ll be there in five minutes” lies. 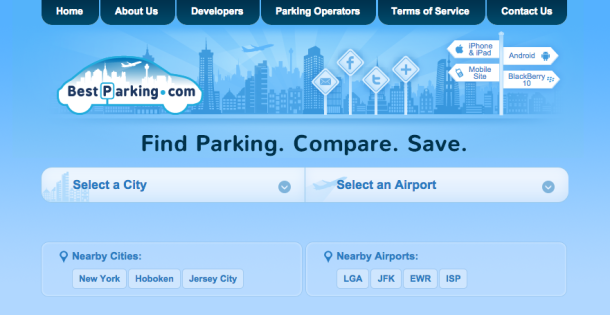 BestParking
BestParking app steers drivers toward the cheapest and most convenient parking garages and lots in 105 cities and 115 airports throughout North America. In addition to calculated total fees, the app tells you hours of operation, telephone numbers, whether it’s indoor/outdoor, whether they take cash or credit, whether it’s self-park or valet, and more. BestParking has 850,000 monthly users and claims it has the most accurate data of any parking app since it offers a $5 Starbucks gift card to any user who reports inaccurate information. The app is free and available for iOS and Android.

SignEasy
Don’t you hate it when you’re on the road and you get an email that requires you to print, sign and scan a document—and they need it ASAP? It’s not only going to ruin part of your day to track it all down; it’s going to cost you a good penny, too. Well, SignEasy can help. This easy-to-use app allows you to digitally sign documents anywhere in the world straight from your mobile device in lickity-split time. You’ll save time, money and paper. SignEasy is available for iPhone, Android and BlackBerry. The first five signs are free and then they charge: $4.99 for 10 documents and $39.99 for 1 year of unlimited docs. 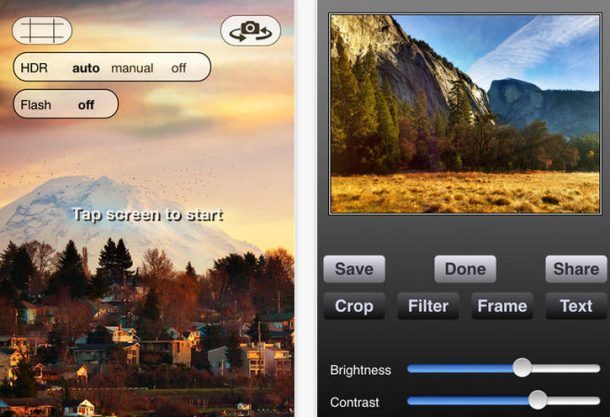 Pro HDR
The app basically takes two photos and automatically aligns and blends the images, giving you a perfectly exposed, amazing image that rivals what you’d take with a high-end point-and-shoot camera. My wife quickly downloaded it to her iPhone 5S and then took this photo, which I honestly think could win an award.

TripIt Pro ($49)
This is one of my personal favorite apps because it notifies me of flight delays, cancellations and gate changes before the airline notifies me. And oftentimes, I know of these changes even before the gate agents know! The TripIt Pro app also helps to keep track of reward points, notifies you when you’re eligible for a flight refund and lets you know when the seat you want becomes available. It has many other features as well, but ultimately, this is the app that every traveler needs to have to make their travels smooth and stress-free..

TravelSmart
Created by Allianz Global Assistance. It’s a handy app for international travelers as it lists emergency numbers such as Police, Fire Department and Ambulance by destination (911 is not universal). I also love that it has a drug dictionary with international translations in multiple languages. Did you know the international name for Tylenol is Paracetamolum? It also comes with First aid terms, translated into multiple languages. Available on both Android and iOS devices for free.