8 Reasons to Stay at the JW Marriott Essex House

Our first family summer road trip began in New York City where we spent three nights at the plush JW Marriott Essex House. The hotel is located at 59th and 7th Avenue, overlooking Central Park—so the location couldn’t get much better. The Essex House has changed hands a number of times but Marriott, as they usually do, has whipped this property into shape. They’ve remodeled most of the rooms while leaving the lobby and the grand hallway untouched. I was happy they didn’t transform the latter since it’s full of history and character. One of my most special memories took place there, which was my last dance with my mom back in 2000 at my cousin’s wedding, a month before she passed away.

Here are eight reasons to stay at the JW Marriott Essex House the next time you’re in New York City.

1. Location
The hotel is located at 59th and 7th Avenue, overlooking Central Park – an incredible location with an even more incredible view! It’s within walking distance of everything you need like restaurants, shops, grocery stores (there’s a nearby Whole Foods), subway stations, theaters and of course, Central Park so you can find a little respite in the heart of the city.

2. View of Central Park
Getting a room overlooking Central Park may cost more but it’s worth it; it’s one of the best views you can get in New York City!

3. History
The hotel has been a member of Historic Hotels of America since 1994 but it dates back to 1931. According to the Hotels of America website, “The JW Marriott Essex House New York inauspiciously began construction the day after Black Tuesday, the Wall Street Crash of 1929. Construction was slowed greatly due to the crash and the doors were finally opened in late 1931. One year later, the iconic red neon sign would be hoisted to the top to become a signature part of New York City’s skyline. The sign is considered to be a well-known pop culture reference and can be seen in countless films, television shows, and photographs.”

One of the films is All the President’s Men where Carl Bernstein (played by Dustin Hoffman) asks Mitchell, staying at the Essex House, for a comment about his financial involvement in collecting intelligence from the Democratic National Committee headquarters. The Essex House has hosted many celebrities including many guests of Saturday Night Live; the hotel has had a long-standing relationship with the late night sketch comedy show.

4. Newly redesigned rooms
The upper floors have already been redesigned so request one of those until the hotel completes all of its renovations. The hallway carpet is so soft with a plush deep pile, that it’s difficult to push a four-wheel spinner suitcase on it. I’ve never encountered that before but baby Jack sure loved crawling around on it. Ask for a room without a connecting door, otherwise you might be able to hear your neighbor’s phone ringing or the occupants talking. Tip: Take the stylish but loud ticking alarm clock next to the bed and hide it under a pillow or in the bathroom if you’re sensitive to sounds like I am. At one point in the middle of the first night, I felt my heart and tongue trying to get in sync with the clock. When I finally realized what the heck it was, I wanted to punt it out the window.

5. Long towels
The bathrooms are clean and luxurious as you would expect but an added bonus are the hotel’s five-foot-long towels. They were bigger than most beach towels and super soft and cozy.

6. TV options
The rooms have flat screen TVs but what’s even better is that they offer guests access to their accounts on Netflix, Hulu Plus, YouTube and Pandora. It takes a while for it all to load but it’s a great option instead of paying for an in-house movie or watching one with commercials on regular TV.

7. Friendly security guards
The staff is pretty friendly throughout the hotel but those who stood out the most were the security guards positioned between the guest elevators and the club lounge. They were always there with a smile and to hold the door.

8. Club lounge
If you’re a loyal Marriott Rewards member, you’ll have access to the club lounge, located on the lobby level. Although the lobby itself wasn’t renovated, the club lounge space has been beautifully remodeled. Most importantly, the staff is friendly and you will find that the food is really good, especially the evening appetizers like corn salad and pork with cilantro wild rice. 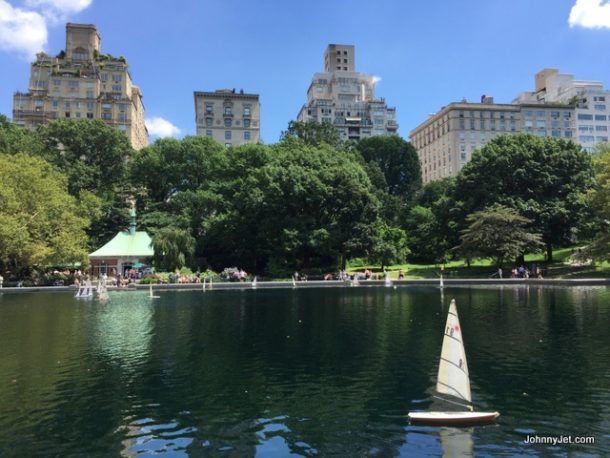 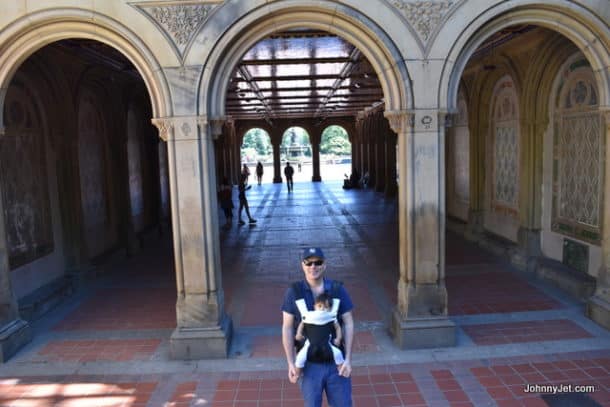