A Passenger On My Flight Refused To Wear a Mask 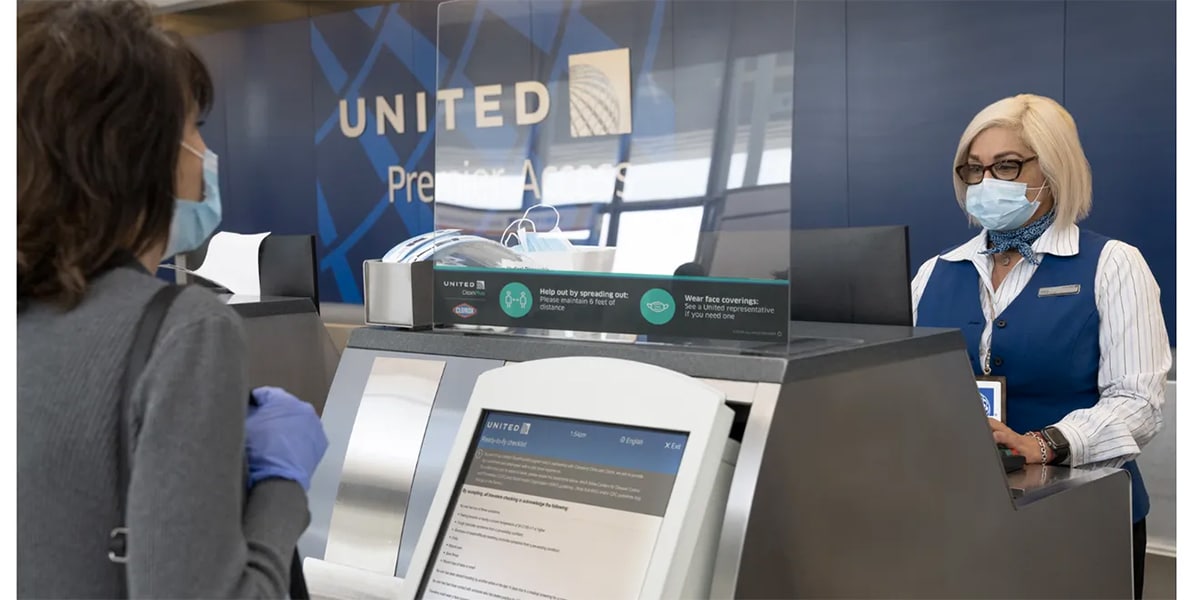 I feel for flight attendants for so many reasons right now, not the least of which is for having to deal with passengers who refuse to comply with wearing a mask the entire time they’re on the plane (that’s the rule – with the exception of when you’re eating or drinking).

When I checked in online for my flight from Tampa to Houston on Dec. 7, I ticked the box—like every other passenger onboard presumably did, too—saying I agreed to wear my mask properly during the flight. So you can imagine my disgust when the man in front of me conspicuously kept his Buff around his neck, nowhere near his nose or mouth, for nearly the entire length of our nearly-full, 2.5-hour flight to Houston.

I had purchased the onboard Wi-Fi to work, so I began tweeting United about the situation, including a photo of him and his seat number. United’s customer service Twitter account was quick to ask me to DM them my confirmation number. I stayed in contact with them through direct messages for much of that flight as they said they were escalating the case and thanked me for making them aware of the situation. Every time a flight attendant came down the aisle, this man would pull the Buff over his nose—only to pull it back down around his neck immediately after they’d passed. It was like a child passing sneaky notes in school. I was sitting at the window seat and he was seated in the aisle seat in front of me, so I could see all of this and grew increasingly annoyed and uncomfortable in his presence.

When we landed in Houston, the man stood up, face completely exposed, waiting to deplane, and I asked him why he refused to wear his mask when the flight attendants had made various announcements about it and been by to remind him more than once. He grumbled, “I forgot,” and pulled it up.

When I boarded in Houston for Los Cabos a few hours later, I was disappointed to see he was also on my connecting United flight—this time two rows in front of me, but still in clear view since I had the window and he was on the aisle. And he still had his Buff around his neck—nose and mouth both entirely exposed. He was bare faced when he arrived at his seat, a senior citizen in the row next to him and flight attendants nowhere nearby to witness it since the plane was loading (even as they made announcements saying how everyone needed to be wearing a face covering).

Per United’s direct message to me, I made the flight attendants onboard aware of his behavior. One was wearing two masks, seemed genuinely concerned and said to me that there’s always one person like this on every flight. She said she’d keep an eye on him. United’s customer service advised me through DM that they’d been in touch with the ground crew about the situation and were escalating things.

Soon after, the pilot came on to say that he had bad news and good news for us. The bad news, he said, was that someone on our flight had come from a connecting one where United had become aware that he had been refusing to wear his face covering. And that he should know he would have problems on arrival in Mexico if he didn’t wear his face covering on this flight. The pilot said that United had a zero-tolerance policy regarding this and reiterated the airline’s policy. Only when the flight attendant asked him to pull it up later, though, did he actually do it. Then, when the drink service started, he used that as an excuse to keep his nose and mouth fully exposed for the bulk of the flight, intermittently sipping a tiny bottle of water every so often. By the end of the flight he seemed to realize that the flight attendants were keeping a particular eye on him. And when he went to stand to deplane, he had the Buff pulled over his nose and mouth. At one point, while boarding, I saw him indicate to the woman he was flying with that I was just behind them, and they shared an eye roll. Nice people.

Considering the irritation and outrage I felt at having to deal with this kind of inconsiderate behavior on two flights, I can only imagine what flight attendants face day after day. I do not understand why it is so hard for some people to simply consider others and follow rules that are in place for the health of everyone.

Now I am sitting on my return flight, another United connection through Houston, and the flight attendants have made multiple announcements that passengers need to wear their masks properly the entire flight. That we agreed to that as passengers when we decided to travel. They even said that the mask shouldn’t stay off just because you have a beverage in front of you and a snack—that it needs to go back on between bites and sips (the first time I’ve heard this). And if it feels like we are all school children who need to be constantly reminded how to behave, it appears it’s because we are.

I think the only way to have any chance of making people comply is for flight crew to constantly make “reminder” announcements like this throughout a flight so passengers cannot feign ignorance and there is some sort of social accountability from the people around us. Of course, some passengers will continue to not wear the masks properly—or pull them entirely off—because they have zero consideration for others. Perhaps if flight attendants had more time to walk the aisles enforcing the rules, passengers would feel the pressure to be more compliant and accept that wearing masks is as important to safety as all the other protocol we comply with on landing and takeoff, too.

Here’s an excerpt from a DM from United:
Thank so much for sharing this and keeping us updated, Terry. We have escalated this internally and snapped screenshots of your photos that you shared so that this can be dealt with accordingly upon landing. Your safety and comfort is most important and we sincerely regret that another passenger is making you feel any other way but safe and comfortable. Our mask policy is zero-tolerance and taken very seriously and please know that we will be addressing this. Any other interactions or updates you have for us during this flight to Cabo, please share. Any and all information and back up is helpful for us moving forward. ^KG

RELATED: What to Do if Your Seatmate Refuses to Wear a Mask