Greetings from Southern California! I’m finally home after my trip around the world! It was the first time I went around the world and didn’t get jetlagged – maybe Singapore Airlines should change their slogan and brand themselves as the anti-jetlag airline. In the coming weeks, I’ll be writing about my travels to Trinidad & Tobago, Miami, Singapore, Tokyo, Monterey and Los Angeles. Speaking of L.A., I arrived here on Friday so I could speak at the Los Angeles Times Travel Show over the weekend. It was my sixth or seventh time participating and as always, I had a ton of fun. But this year was even better and it wasn’t just because of the record crowds and the chance to see old friends and meet new ones. It was due to the fact that Natalie came out from Toronto and we spent the weekend together, across the street from the convention center at the new Ritz-Carlton, Los Angeles.

After picking Natalie up at LAX, we drove to downtown L.A. Traffic was moving smoothly on the 110 Freeway until we were about a mile or two from the hotel. Towering over the city’s horizon, you can’t miss The Ritz-Carlton, Los Angeles as it’s in the city’s coolest looking building. There was a ton of traffic in downtown because of the Cirque du Soleil Michael Jackson show – but there’s always something going on around there because the Ritz-Carlton is part of L.A. Live, which has the Staples Center (where the Lakers, Clippers and Kings play), the Nokia Theatre (used mainly for concerts), The Grammy Museum, a slew of restaurants and the Los Angeles Convention Center. My point is – give yourself extra time because the last mile or so took us as long as the drive from the airport to that point. 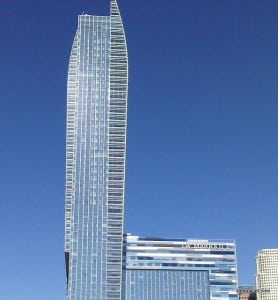 Finding the hotel’s entrance was a little confusing so I pulled into the driveway of the JW Marriott, which is the Ritz-Carlton’s sister property (owned by the same company), which is why you will sometimes see them sharing the same building, like in Orlando. I asked if we could park there as guests of the Ritz-Carlton but the valet said no. However, he showed us an underground shortcut to the Ritz-Carlton’s driveway so we didn’t have to go back out into the gridlock traffic. What a relief!

The moment we pulled up, a couple valets approached our car, opened the doors and grabbed the bags. Given the impressive exterior of the building, I was surprised at how small the hotel lobby is – there are just a few chairs and a counter or two. There were three people behind the counter, no line, and the friendly staff quickly gave us our room keys and we were off. The Ritz-Carlton, Los Angeles at L.A. LIVE (the official name) is located in a 54-story tower but operates just 123 guestrooms. The hotel is mainly located between the 22nd and 26th floor. The lobby is obviously on the ground floor, the spa and a small fitness center are on the 2nd floor and over 100,000 square-feet of meeting and event space occupy the 3rd floor.  The top floor has a pool and a good size fitness center. On the 23rd floor is the 3,400 square-foot signature Ritz-Carlton Club Lounge, which we had access to. That was a treat as they have five presentations throughout the day – breakfast, lunch, design-your-own trail mix, appetizers and then desserts from 8pm to 10pm. They always have drinks, cookies (including some seriously addictive chocolate macaroons) during their hours of operation from 6am to 10pm.

The Ritz-Carlton, Los Angeles opened in 2010 so everything is still new. We were fortunate to be given one of the hotel’s 14 suites (room 2367) and it was so big we didn’t even need to use the living room area. The bed was uber-comfortable. The marble bathroom had a deep soaking tub big enough for two, a separate shower with a rainfall showerhead, anti-fog mirrors (one with a built in TV) and plenty of my favorite Bulgari toiletry products.

The views from the 23rd floor were outrageous and Natalie got a kick out of waking up and seeing the Hollywood Sign. (Did you know you can ride horses from Sunset Ranch right below the sign for $30? I learned that from attending the L.A. Times Travel Show.) Our room had a large flat screen TV, a huge closet and unfortunately, slow Wi-Fi. Luckily, they also have a broadband wire, which I used to download my emails at the comfortable desk that provided a sweeping city view. 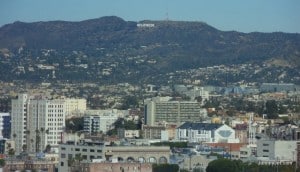 As guests of the hotel, we were invited to check out WP24, the latest restaurant concept by celebrity chef Wolfgang Puck. It’s located on the 24th floor and has both a casual, sleek lounge area and a formal, more expensive dining room. The minimum prix fixe menu was three dishes per person for $80. With that, we each got one appetizer, one entrée and one dessert. However, we could have substituted a dessert for an appetizer. If we’d chosen the prix fixe menu of four dishes it would have cost $110 and we each could have gotten two entrees. The restaurant interior was beautiful and modern with lots of windows. The only thing that would make the view better would be to have floor to ceiling glass windows. There’s a partition about waist high so it blocks part of the otherwise stunning view.

One of the highlights of the hotel was getting an 80-minute couples massage. When you arrive and check out of the spa, they offer you wine or champagne. It’s a great idea especially since there’s a little boutique shop in the lobby area so you can mill around and spend some money. I had to practically pull Natalie away from their fashionable stuff. The men’s locker wasn’t kept up like the fitness center, which was immaculate – bottled water and towel at every workout station. I told the spa receptionist when I checked out and she apologized profusely and said their male attendant called in sick and they have to wait for every guy to be out before they can send a female attendant in. It wasn’t a big deal … and the Sanctuary waiting area made up for it! It was beautiful, clean, had snacks and a big screen TV with soothing Yosemite videos. Obviously, the best part was my really good and strong masseuse and the heated massage table with soft sheets.

Without a doubt the Ritz-Carlton knows service. The moment we asked for something, it was taken care of within minutes. No one ever said ‘no’ and there were always two doormen assigned to the front door so I never had to open it. I would say their lobby service was better than in Asia. Now that’s something to write home about!

On Saturday night we dined at Wolfgang Puck’s other restaurant located in L.A. Live – called Wolfgang Puck’s Bar and Grill. The Los Angeles Times hosted it for the speakers of the Travel Show. The food was pretty good but Wolfgang literally has hundreds of photos of himself in the kitchen. Most of them are tight shots of half of his face so it’s really weird. Talk about L.A. narcissism. But without a doubt, the highlight was hanging out with a group of some of the most amazing travelers in the world. It included Rick Steves, Rudy Maxa, Josh Gates, Amanda Jones, and others. The funniest thing at dinner was when Jen Leo told our table about a six-handed happy ending massage in Vegas. Whoa, Nelly! The stuff you hear about with a bunch of travel writers! 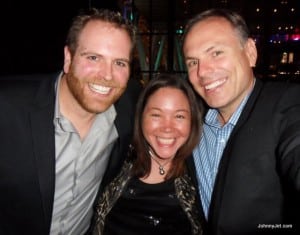 BTW: Two of my fellow panelists weren’t able to attend dinner but they were TravelZoo’s Gabe Saglie and Doug Miller from Living Social. Our moderator was Catherine Hamm, the Los Angeles Times’ travel editor who is one of the most prolific newspaper travel writers. I also got to meet the Travel Channel’s Man vs Food host, Adam Richman and the Cooking Channel’s Alie and Georgia.

Next year’s show is going to be held three weeks later so check the L.A. Times for updates. Hopefully, I will be back and a great tip for attending is to be sure to buy your tickets at least 24 hours in advance so you don’t have to wait in the long line to get in. I was shocked there was a line out the door even at 2pm! You also save a couple of dollars by getting tickets in advance so there’s no reason not to.

Note: This trip was sponsored by The Ritz-Carlton, Los Angeles. 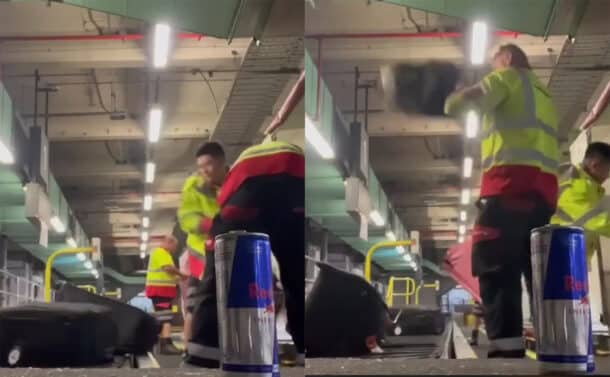 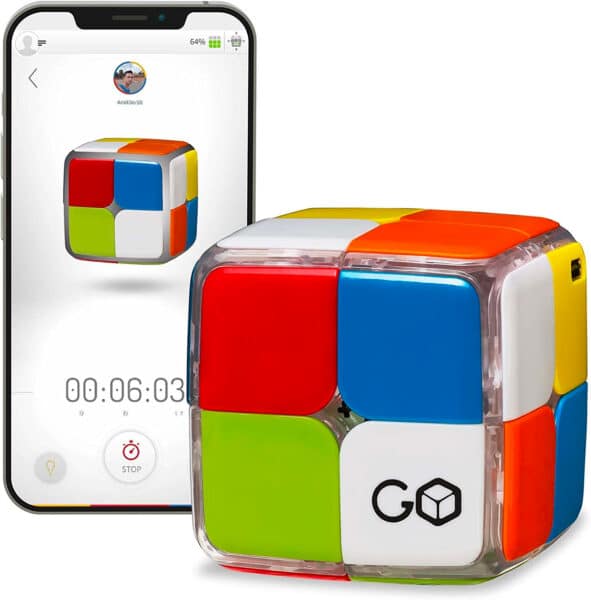 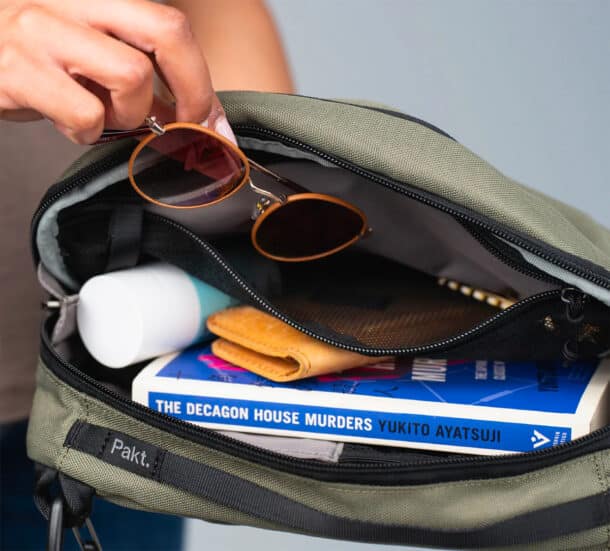 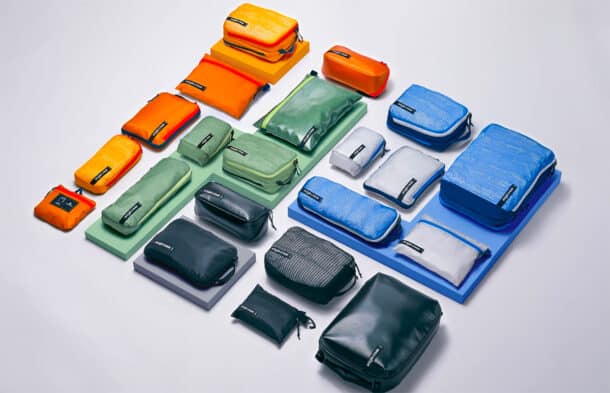 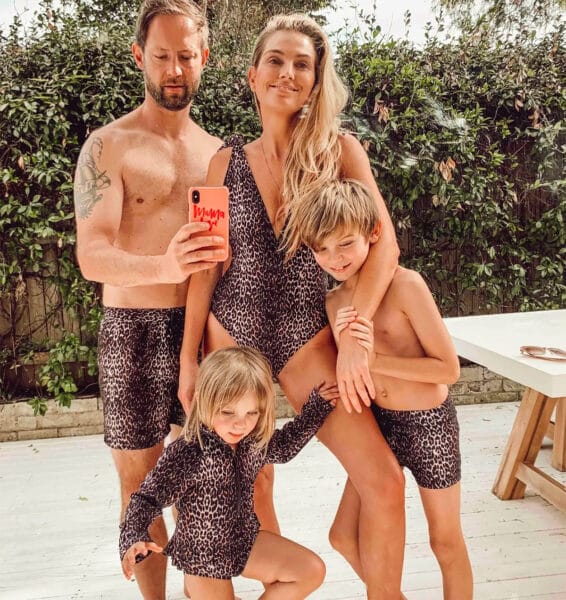