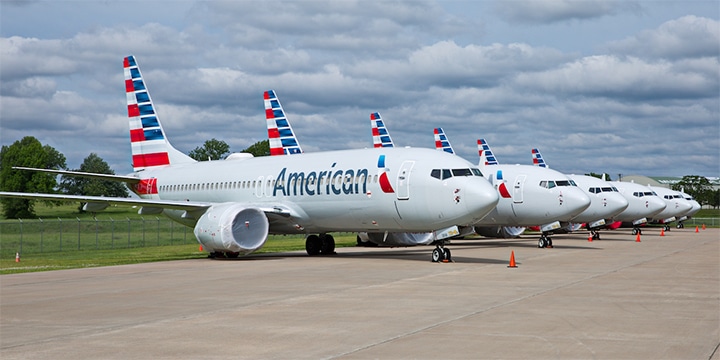 When the world aviation agencies started grounding the 737 MAX, I don’t think anyone in the travel business ever thought that it would take this long before it returned to the sky.

I realize that many travelers don’t know or care what type of plane they’re going to be flying when booking a flight. As long as it’s safe, cheap and fits their schedule, they’re happy. That baffles me because I always check the aircraft types before booking and I’m always happy to bend my schedule for a larger bird.

For example, I used to fly Los Angeles (LAX) to Miami (MIA) every few weeks to see my 91-year-old dad before the pandemic. Most of the flights were on a narrow-body 737 or an A321. However, they usually had one wide-body 777 flying so I would always choose that plane because the chances of getting upgraded were much higher and their business class has lie-flat seats. But even if I didn’t get upgraded, I could get Premium Economy for free, which was still better than the first class seats on a 737 or A321.

RELATED: 4 Airlines That Are Actually Blocking the Middle Seat

Occasionally, that flight left Miami at the crack of dawn and my dad would give me a hard time, asking me why I’m torturing myself by getting up so early (a 3:45am wake-up since my dad lives an hour away from the airport.) He and my sister just didn’t get it. They’d rather sleep in whereas I’d rather sleep on the plane.

One plane I avoided on American Airlines was the 737 MAX because I heard horror stories about how tight the seats were in coach, first … even the bathrooms were said to be tight. And this was all well before the crashes that took the lives of 346 people in Indonesia (Lion Air) and Africa (Ethiopian Airlines).

I flew on a 737 MAX for the first time just two weeks before the second crash, from New York (LGA) to MIA and that was back in February 2019. A few weeks later, the planes were finally grounded by the FAA on March 13, 2019, following the second crash.

No one knew it was going to last this long and no one wanted to fly them again (including me) every time the airlines publicized bringing them back into their schedules.

It looks like the time is coming because according to Bloomberg, “American will fly the Max, contingent on that approval, daily on one Miami-LaGuardia-Miami routing. The flights can be booked starting Oct. 24, and customers will be made aware that they will be flying on a Max, the airline said.”

This time might be different because it’s been over a year and a half and because the plane has been scrutinized so much due to Boeing’s and the FAA’s loose safety tests in the beginning.

Of course, this new release date could be pushed back again. But if it’s not you will be happy to know that with the airlines’ new customer-friendly change policies, you can ask to be put on a different type of aircraft and, most likely, for no extra charge.