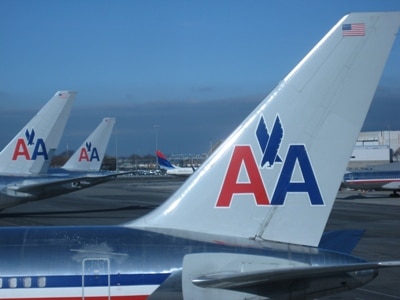 “The new flight between Washington Reagan and Los Angeles is made possible because of the Federal Aviation Administration Reauthorization bill that was recently passed by Congress and signed by President Obama,” said Will Ris, American’s Senior Vice President – Government Affairs. “We have long wanted to offer our customers the ability to travel across the country between Los Angeles and Washington’s Reagan National Airport. Due to restrictions on flights into Reagan National it was not possible until now, and it wouldn’t have happened at all without the bipartisan support for aviation expressed by U.S. Senators John Rockefeller, (D) W.Va. and Kay Bailey Hutchison, (R) Texas; and U.S. Representatives John Mica, (R) Fla. and Nick Rahall, (D) of W.Va.”

“We are very pleased that American Airlines has chosen to begin service between Los Angeles and Washington National as it shows the commitment the airline is making in our great city,” said Los Angeles Mayor Antonio Villaraigosa. “The establishment of a direct flight to our nation’s capital makes it easier for those who want to visit the halls of Congress or visit our nation’s monuments and national treasures. Every time a new flight is added at Los Angeles International Airport, jobs are created and our economy grows and prospers.”

Here is the schedule for the new flight:

From Los Angeles to Washington Reagan:

From Washington Reagan to Los Angeles:

Tickets go on sale for this new flight on Sunday, March 4, 2012. The route will be flown using Boeing 757 aircraft with 22 First Class seats and 166 Main Cabin seats. As part of American’s fleet renewal effort, the airline is currently upgrading its Boeing 757 aircraft used on domestic routes. Modifications include new Main Cabin and First Class seats, new sidewalls that give the interior a lighter and brighter look, and new LCD monitors to enhance inflight entertainment viewing. In addition, American, the first airline to launch inflight Wi-Fi Internet service in North America, will expand its Wi-Fi product offering to nearly all aircraft used to fly within the continental United States, including select 757s.