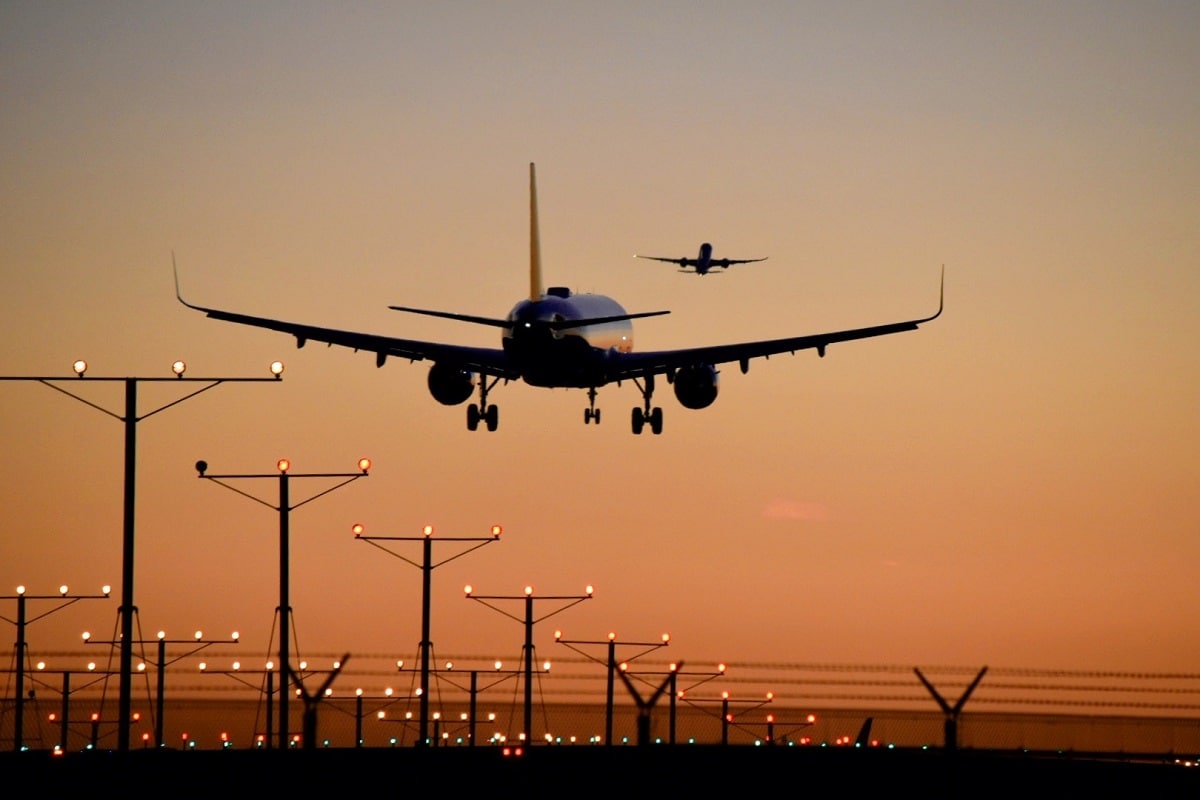 My buddy Gary Leff over at View from the Wing, wrote a post yesterday titled American Airlines Brings Back Change Fees For Many International Tickets. Gary shared a screenshot of an American Airlines (AA) internal memo about the new ticket rules for “All Reservation Representatives” to start charging change fees for certain international tickets.

The new rules, which kicked in on June 8, state: “In line with our partners, American Airlines has returned change fees for select markets originating in Europe, Asia and the Pacific. Ensure you quote accurate information to callers for both new bookings and changes to existing bookings.” 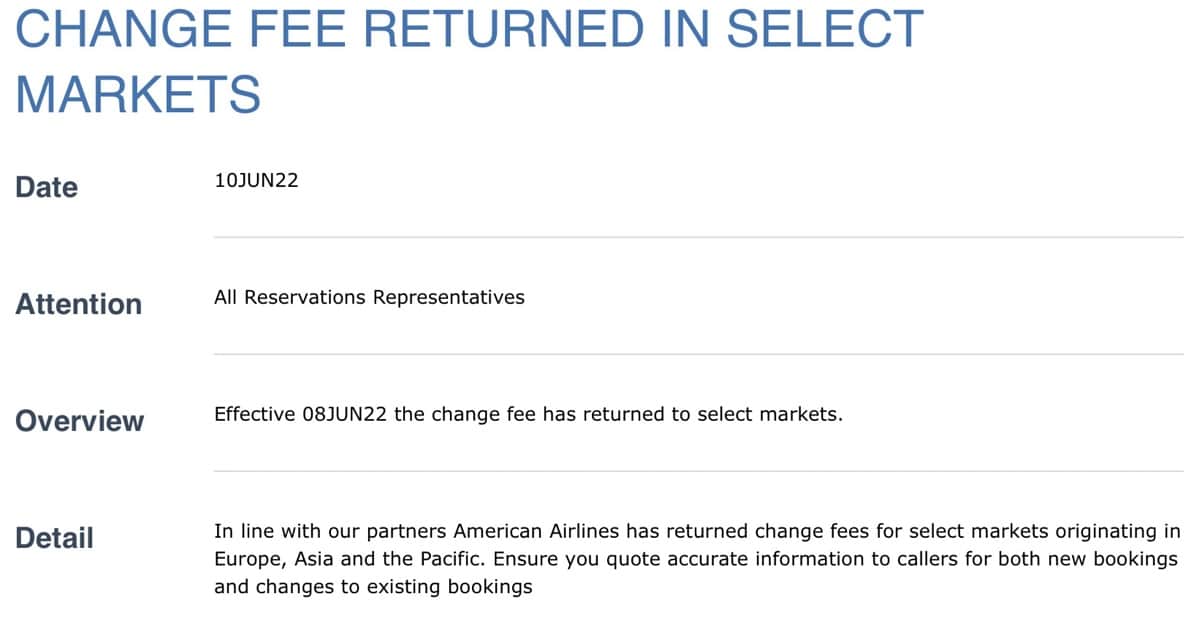 Yes, this is terrible news for travelers since it shows the airlines can change their rules at any time and go back on promises made.

As I’ve said many times before, one of the silver linings of the pandemic was that it forced the airlines to get rid of their ridiculous and draconian change fees. They were pretty much forced to nix them for a number of reasons including the fact that they needed to entice travelers back to the skies. One of the main things that was holding passengers back was the fear that if they caught COVID or if their destination went into lockdown, would they have to pay a hefty change fee between $200 and $500 to change a ticket?

Many international airlines didn’t get rid of their change fees, which is another reason why I advised my readers to purchase their international tickets from U.S. carriers. Another scenario to consider: Let’s say you bought a ticket to London on British Airways (BA) but there was a huge Covid outbreak or something happened and you didn’t want to go. Well, if you booked on BA you’d have a credit you could only use on British Airways and you’d be pretty much stuck. But if you purchased that ticket on American, Delta or United, then you could easily fly somewhere domestic with that credit like California, Florida, Hawaii or … wherever you wanted in the United States.

Now that the airline business is booming, it appears they’re starting to walk back some of their ‘permanent’ changes. As Gary writes: “permanent in the airline industry only means until they change their minds.”

Fortunately, this new change doesn’t include domestic tickets but you have to wonder… is American Airlines testing the waters to reinstate domestic change fees, too? It would be awful and dangerous, I might add. That’s because if a passenger is sick with Covid or some other illness, they will probably keep their original flight because who wants to shell out hundreds of dollars (possibly thousands if it’s a whole family) to change the date? Which means, they may travel with Covid, potentially infecting many others, all because they don’t want to spend the money on change fees.

Southwest Airlines, who has never charged change fees, is making sure this new rule isn’t going under the radar as they just totally threw American Airlines shade when they tweeted out Gary’s post to their 2.1 million followers with the following statement: “Not our cup of tea, but you do you @americanair.”

These new change fees are not my cup of tea either. How about you?

In a twist of events, Southwest’s Pilot Association, replied to Southwest’s tweet with: “Neither is selling more than 4,000 flights a day in June when you were only staffed for 3,800. But you do you @southwestair.” But that’s a whole other story.

Neither is selling more than 4,000 flights a day in June when you were only staffed for 3,800. But you do you @southwestair. https://t.co/yhDxBlylfm