I've mastered the points and miles arena which has enabled me to travel far and wide. You can find my writing in some of the most popular travel publications, including: Business Insider, Lonely Planet and Orbitz And my public speaking engagements include: -Frequent Traveler University Sydney, Ann Arbor DO, and New York Times Travel Show I have also been featured in, quoted in, and interviewed for a number of publications, both in print and online, including Fox News Travel, and USA Today.

It’s an exciting time for American Airlines passengers who prefer flying Etihad or Royal Jordanian with their AAdvantage miles. American Airlines has decided to allow more options for rewards connections in the Middle East. Before, if you wanted to connect in the Middle East on an award ticket, Doha was your only option (unless you wanted to spend a bunch of extra miles). 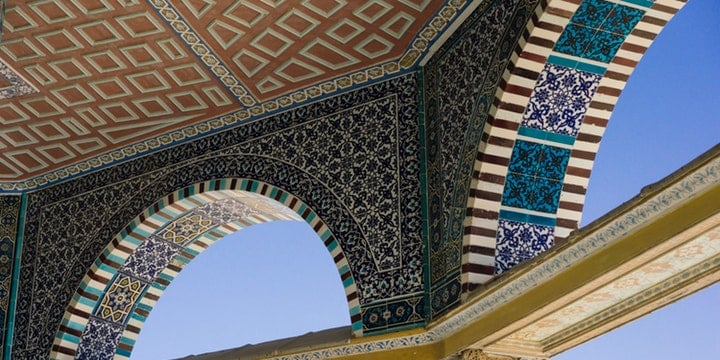 This was pretty inconvenient because it limited award redemption options. Now, you’ll be able to take advantage of more connection options.

Until now, you could book award tickets through American with Etihad. But, you could only fly to Abu Dhabi. If Abu Dhabi wasn’t your final stop, you’d have to book an entirely separate itinerary from Abu Dhabi to continue to your destination.

In essence, you had to book two completely separate award tickets which resulted in some pretty terrible redemption rates, discouraging passengers from booking awards tickets with Etihad or Royal Jordanian.

Now you can avoid that hassle by being able to fly Etihad and transit Abu Dhabi without having to book those separate tickets.

Let’s say you’d like to fly from Chicago to Mumbai through Abu Dhabi. Before the restrictions were lifted, you’d have to fly from ORD to AUH and then book a separate awards flight from AUH to BOM, swallowing the relevant extra fees and the reality of a poor miles redemption.

But what about those who want to redeem their AAdvantage miles with Royal Jordanian? Basically, the same rules apply. Amman is now an approved Middle Eastern connection hub.

Suppose you’d like to fly from Montreal to Dubai, transiting Amman. Instead of booking two separate awards tickets from YUL-AMM and then AMM-DXB, you can book a YUL-DXB ticket that transits Amman for a much better miles redemption.

All in all, these new policy changes really end up saving AAdvantage members a lot of miles when booking rewards tickets with Etihad and Royal Jordanian.

Royal Jordanian does not fly to India, so this policy won’t apply to awards tickets booked with Royal Jordanian. But as Qatar used to be the only option for US-India connecting flights, it’s pretty beneficial to have another option since it’s often difficult to find space and availability on those Qatar flights.

These new American Airlines changes seem to be a step in the right direction. But, it would be nice to see them implement some similar policy changes in the future. For example, there aren’t a whole lot of good ways to redeem AAdvantage miles to get to far-East Asia. This is even though you could technically now use the Royal Jordanian connection to do so. Hopefully, we will see more positive changes from American Airlines in the future. For now, we can enjoy the new options for Middle East connections. Related articles: