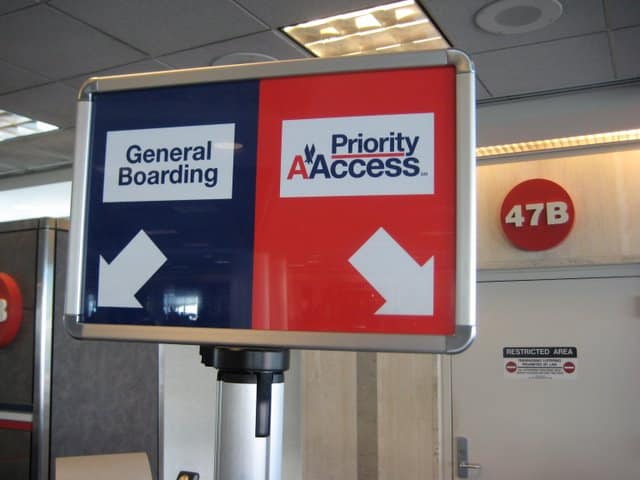 After Delta Air Lines announced miles would be based on ticket price instead of distance flown back in February 2014, and five months later United essentially copied and pasted their mileage program, every travel and points expert predicted that American Airlines (AA) would follow suit. AA was the last major holdout and though we all figured they would go to the dark side, we hoped they wouldn’t. The biggest question surrounding it was when would it happen since they were still working on completing their merger with US Airways.

In November 2015, American sent out a press release touting their new changes and “its award-winning AAdvantage loyalty program.” The only reason it was award-winning is because they didn’t follow Delta and United so that title was quickly lost.

American didn’t give a specific date when the changes to earning award miles would take effect, only that it would be in the second half of 2016. Today, they made it official: August 1, 2016 will be doomsday for the majority of their AAdvantage members. American also came out with some unexpected and unpleasant surprises for those who buy cheap tickets, fly long distances and don’t have elite status.

†base fare plus carrier-imposed fees, excluding any government-imposed taxes and fees


Keep in mind that AA states, “award miles for travel on most flights marketed by partner airlines will be based on a percentage of the flight distance and the booking code purchased.”

They also warn that beginning later this month, customers will be able to see an estimate of the number of miles and elite-qualifying credits they will earn for a chosen itinerary when booking their trip on aa.com.”


As my buddy Zach Honig from The Points Guy points out, “Of course, this new structure most benefits AA customers who book expensive tickets. For example, say you’ve booked a round-trip flight from New York to Los Angeles for $340. Of that, $300 counts as the “base fare,” which is used to calculate earnings. Currently that fare doesn’t factor in at all when it comes to the number of redeemable miles awarded—for an economy ticket, you’ll earn roughly 5,000 miles as a base member and 10,000 miles as a top-tier elite. Under the new structure, however, base members would earn 1,500 miles ($300 x 5) and Executive Platinum members will earn 3,300 miles—far less than they would have before.”

New elite level
Starting January 1, 2017, the AAdvantage program will add a fourth elite level called Platinum Pro. This is for members who fly between 75,000 miles and 99,999. Benefits will include:

Changes to upgrade benefits
Sometime in 2017, AAdvantage members will see changes to how upgrade requests are prioritized along with a new benefit for Executive Platinum members:

Bottom line:
This is obviously terrible news for those who buy cheap tickets, fly long distances and don’t have elite status. It’s good news for those road warriors who fly up front, buy full-fare tickets and fly between 75,000-99,999.