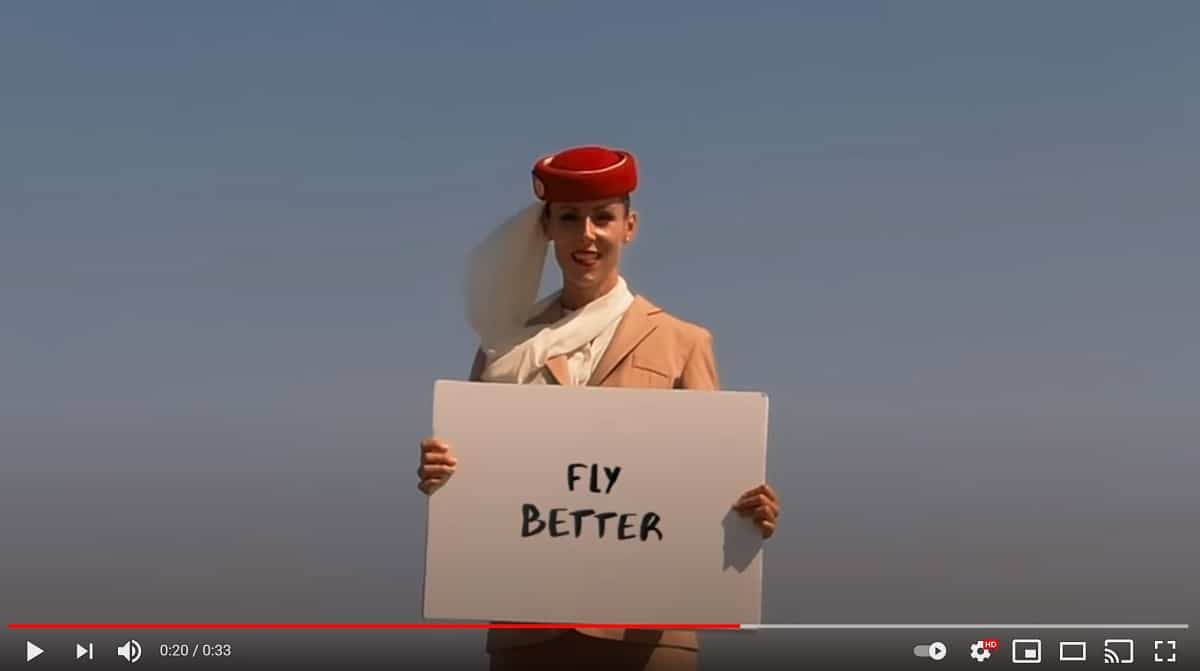 As someone who has a slight fear of heights, I don’t understand the thrill of climbing tall buildings. Social media is filled with photos and videos of daredevils and I scroll past them as fast as I can before my hands start to sweat.

However, this new ad by Emirates is incredible. The 30-second clip opens with a close up of a flight attendant, Nicole Smith-Ludvik, holding up message boards in a nod to the famous scene in the 2003 cult hit Love Actually. As the camera pans out, viewers soon find that Nicole, with her iconic red Emirates hat and uniform, is actually standing at the very top of the Burj Khalifa, the tallest building in the world.

The ad is to promote travel to Dubai now that the UAE has been moved to the UK Amber list and according to a press release, it was filmed without any green screen or special effects and they spent a lot of time “planning, training, testing and a strict safety protocol.” After all, The Burj Khalifa is 2,716 feet (828 meters) above ground and at the pinnacle of the building there’s only 3.9 feet (1.2 meters) of space. Nicole joins only a handful of individuals who have had the privilege of standing up there – including Tom Cruise and the Crown Prince of Dubai, H.H Sheikh Hamdan bin Mohammed bin Rashid Al Maktoum.

Filming started at sunrise to catch the golden hour light and the team, including the main star of the ad, began their ascent to the pinnacle before sunrise. The climb took 1 hour and 15 mins from level 160 of the Burj Khalifa and the team had to scale several tiers and ladders inside a tube to reach the top. The team was at the pinnacle for around 5 hours with the stunt woman, who wore a safety harness under the Emirates uniform secured to a custom-made platform that was attached directly to the pinnacle. A single drone was used to capture the footage in a continuous take to film the complete sequence.

And for those that think it’s a green screen here’s a behind the scenes video.

So who is the daredevil in the video? Emirates put a casting call out to their cabin crew team and found Nicole, who is professional skydiving instructor. That makes sense because she looked calm and cool and was smiling the whole time. I would have been doing the opposite.

The TV ad will run in the UK.