An Expensive Security Loophole Between Geneva and Tel Aviv

I’m leaving Geneva (on a Swiss International Air Lines flight operated by El Al airlines) headed to Tel Aviv. Since I’m going to be in Israel for less than a week, I’ve intentionally packed light: no checked luggage and just two carry-ons—a soft-sided roll-aboard and the backpack that holds my computer, cameras, etc.

I own a travel company, so multiple stamps for Egypt, Indonesia and Morocco have invited some extra scrutiny from security. Finally satisfied, the security officer asks me one last question: “At what hotel did you stay in Geneva?” I hadn’t. I stayed with my Moroccan friend, which I tell them. Before I know it, I am being interrogated by three different security officers in a round robin of absurd questions, glaring looks and microscopic examination of every stamp in my passport. It’s like something out of “Midnight Express.”

With 90 seconds to go before my gate closes, they inform me that I can get on the plane with nothing, and my hand luggage will stay behind for inspection… for three hours… and arrive on a cargo shipment tomorrow. I am still trying to wedge my laptop between underwear and T-shirts in my roll-aboard when the Swiss ground steward says, “I’m sorry, sir, the flight door has closed.”

My head snaps up, ready to give the El Al interrogators a piece of my mind, but like my flight, they’re already gone.

SWISS politely informs me that my existing ticket will no longer be honored. I have to buy a new one-way ticket on the spot. I protest vehemently, but it does no good. As far as SWISS is concerned, the intransigence of the El Al security team has nothing to do with them. From SWISS’ perspective I missed my flight. Period. And that’s my problem, not theirs. I stand for almost a full hour while the SWISS rep pounds furiously on her keyboard—as if she’s redesigning key systems of the new Boeing Dreamliner, or maybe working on a new nanoparticle-based drug delivery system. Whatever it is, it takes forever. And costs me nearly $400 in the process.

What should have been a four-hour non-stop flight becomes a newly purchased one-way ticket, including NINE more hours waiting in the Geneva airport, then an extra leg to Zurich before leaving for Tel Aviv. Rather than arriving at 4 pm, I will now land in Tel Aviv at 4 pm tomorrow. Despite finding nothing in my luggage, this has all fallen to me to deal with and fix, and neither SWISS nor the Geneva version of the TSA will take any responsibility or offer any assistance. It’s simply one of the pitfalls of travel, a loophole I have fallen in and now have to climb out of.

When I arrive in Zurich, I steel myself for another round of absurdity. After all, I’ve just transited inside Switzerland, so I should be able to expect the same issues. The final irony? The airline security contingent asks me exactly TWO questions before politely saying, “Thank you, sir, have a nice flight.” 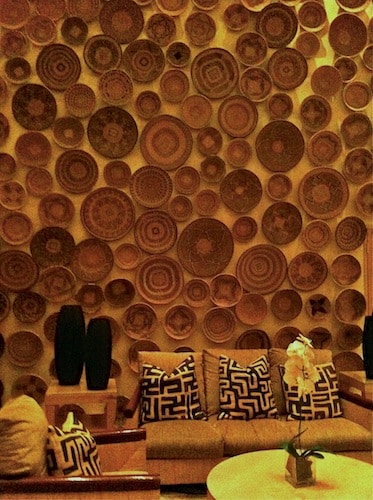 In the three months that I spent in Africa, I flew in, out of and through the Johannesburg, South Africa (or Joburg for short) airport eight times on South African Airways…

An av-geek for more years than I care to count, I’ve managed to work my immense passion for all things airlines into nearly every aspect of my life, for better…