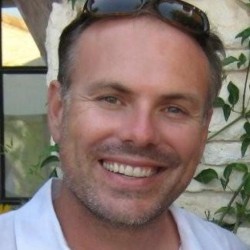 The Easiest Way to Digitize Your Old Photos

An American in Germany: What it’s Like to Travel Around Europe and More

My buddy Adam Parken lives and works in Berlin for Blacklane. He travels around Europe with his three kids and has great tips and incredible stories including being a batboy…

How Travelers Can Protect Themselves from Catalytic Converter Theft

Before the pandemic began, I didn’t even know what a catalytic converter was. Then I started seeing posts on NextDoor from nearby neighbors warning each other to be on the…

How To Check Hospitalization Numbers of Your Destination

Updated: May 9, 2022 I know we’re all over COVID but even still, I wouldn’t go anywhere where there aren’t a lot of hospital beds, regardless of whether there’s a…

How to Save Money With a Secret Third Carry-On

Yesterday, I wrote a post about how Toronto’s Pearson International Airport is doing a “customs hold” and one of my friends was held on a parked plane at the gate…

Where Affluent Americans Are Traveling This Summer

Virtuoso, the world’s leading international luxury travel agency network, has identified where affluent Americans are traveling this summer. Thanks to travel’s unprecedented resurgence and Virtuoso’s data warehouse of more than…

Heads Up: Toronto’s Pearson International Airport is a MESS, You Might Want to Use YTZ

My wife is from Toronto so I’ve been to Pearson International Airport dozens of times. Natalie and I used to go every three months but because of COVID, we haven’t…

10 NFL Teams Will Play International Games in 2022 — Including Giants vs. Packers in London

The NFL will release their full 2022 schedules on May 12 but they did give fans a heads up a week early, presumably so they can get a jump on…

May the Fourth Be With You! How Star Wars Fans Can Get Priority Boarding on Alaska Airlines

Great news for Star Wars fans who just happen to be flying on Alaska Airlines tomorrow. May 4, 2022. Passengers wearing their favorite Star Wars clothing on any May 4…

Now What, JetBlue? Spirit Airlines Rejects JetBlue’s Offer Even After They Sweeten the Deal

JetBlue really surprised the travel industry when they put in a counter bid to buy Spirit Airlines for $3.6 billion after Spirit announced they were going to merge with Frontier…

While driving home today, I was flipping through the local FM radio stations when a story caught my attention. It was about how sexual assault on airplanes is increasing. The…

Singapore Airlines currently operates the longest flight in the world – New York to Singapore, which comes in at 9,527-miles and takes 18.5 hours. Well, that’s going to change come…

Instead of Giving Your Flight Attendant a Hard Time, Give Them Chocolate Instead. Here’s How.

As a traveler, I always encourage extending that kindness to flight attendants throughout the year but the holidays are an especially great time to show them some gratitude for their…

[OFFER HAS NOW EXPIRED] Great news for United Airlines flyers as today, they’re offering a one-day only award sale with roundtrip trips to Hawaii starting at 35K miles (plus taxes…