It’s been a crazy week! I was in Las Vegas attending Virtuoso Travel Week. I knew that by attending, I was taking a small chance, since Natalie was 8 months pregnant with baby number two. But I was only going away for two nights each to both Vegas then San Francisco (Napa). We also felt good since there are flights between the two destinations pretty much every 30 minutes except in the middle of the night. And if I really needed to I could jump in a car and be home within 5 to 7 hours.

Well, I was in the middle of a meeting during the speed-networking portion of Virtuoso (in which journalists get just four minutes with each company) when I felt a text come in with Natalie‘s unique vibration. I apologized and said that I needed to make sure my wife was okay as she’s very pregnant. “Of course,” the hotel company rep told me.

When I looked at the text, my eyes must have lit up because the rep asked me if everything was okay. It wasn’t. My wife was on her way to the hospital per the doctor’s recommendation. Her blood pressure, she told me over text, was too high and her blood sugar was too low. She had gestational diabetes, which is common among expectant moms and she had postpartum preeclampsia after giving birth to Jack so she was at high risk for preeclampsia this time around as well.

I told the hotel rep and he shouted me to go. I jumped up and called American Airlines to see if I could get on the next flight, which was in an hour and 15 minutes. Yes, AA said, but I’d have to check in at the airport. I handed my schedule to the organizer and apologized for having to run to the airport. “My wife,” I explained, “is on her way to the hospital.”

Fortunately, I had checked out of my hotel earlier in the day, so my bags were leaning against the conference room wall. I grabbed them and ran through the Aria (which was hosting the event). While I was running, I ordered an Uber. And running to the hotel exit, I of course ran to the wrong one, so I had to run downstairs to the other correct rideshare pickup.

My UberX was a Lincoln MKX, which was fitting because I was supposed to be on a plane later in the day to SFO to check out and test drive the new 2020 Lincoln Aviator. Seeing that Lincoln reminded me to contact the organizers of that trip, which I did. Unfortunately, I needed to cancel the whole thing, including the helicopter transfer that was scheduled to fly me from SFO to Napa. They too were also very understanding. 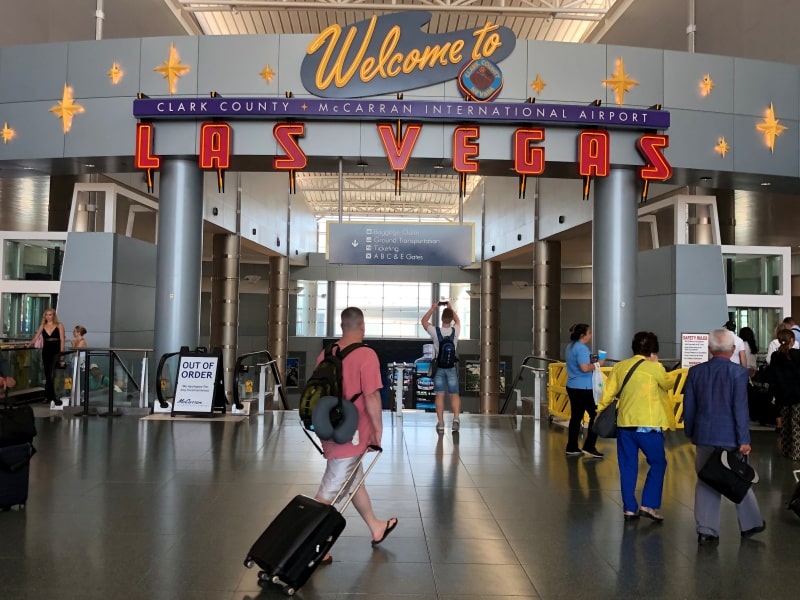 My UberX driver was amazing, an older guy who didn’t dilly-dally, getting me to the airport within 8 minutes. Once there, I ran to an American Airlines check-in counter that had no line. To my delight, I was upgraded to first class on my new flight because I have Executive Platinum status (I fly over 100,000 miles a year with AA). And there was no change fee. In addition to my United ticket to SFO, I had an American ticket to LAX later in the day, which I never canceled just in case.

Next, I booked it to security where the TSA PreCheck line was super long. I have CLEAR though, so after scanning my fingerprints, I went right to the front. After that, I arrived at my gate early—so early, in fact, that I was able to hit the Centurion Lounge, which had no line (unlike on Sunday, when there was a line out the door).

I grabbed a quick bite, went back to the gate and boarded my 43-minute flight back to Los Angeles. We landed early, but as usual, the gate wasn’t ready. We sat on the runway for 15 aggravating and for me, nervous minutes, before disembarking. I had ordered a Blacklane car to take me to the hospital since I had a credit (I’m a brand ambassador) and the driver waited for me curbside as I had requested.

Tip: When using a car service, communicate with your driver to let them know when you land and when you’re walking off the plane so that you can connect as soon as you walk outside.

I made it back to L.A. in record time and the whole experience felt like I was shooting a scene for an action movie. I rarely travel in a suit, but I hadn’t had time to change so when I first saw Natalie I was looking extra sexy (ha!) because she started to weep, which made me do the same.

As I write this, we’re still waiting. The doctor told us that the baby could come within the hour if Natalie had another high blood pressure reading. So far, fortunately, she hasn’t. Natalie’s OB is (of course) on her planned vacation until Monday, but the hospital is recommending that the baby be born via C-section on the first day of the 37th week—that’s this Saturday—as long as Natalie’s blood pressure doesn’t spike again.

Our nanny, meanwhile, is amazing. She spent the night with her family in our house watching Jack while I slept in the hospital with Natalie. Right now, we’re on baby watch. Please keep Natalie and our baby in your thoughts and prayers. 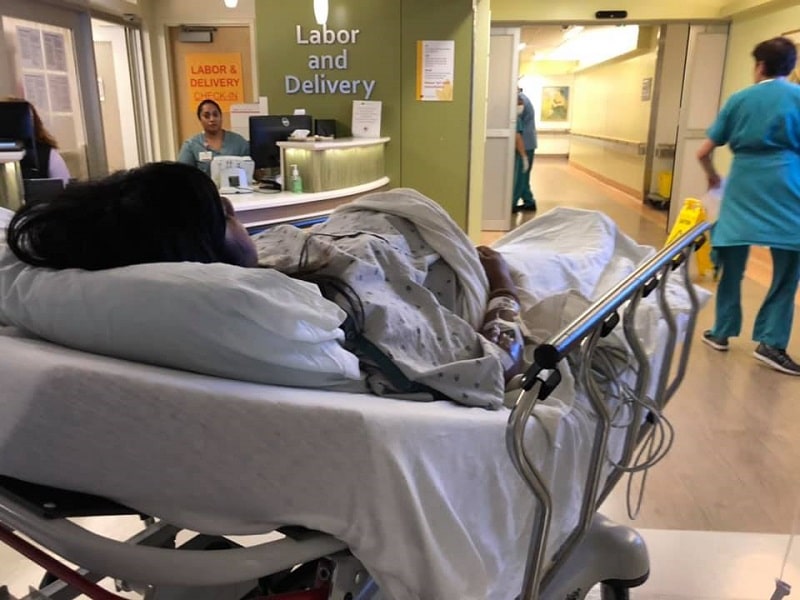 UPDATE: Shortly after sending this to our editor to post, I went home to get some things and check on Jack. Natalie sent me a text with just her blood pressure reading: 170/90. I grabbed my pre-packed hospital bag, kissed my boy goodbye and drove straight to the hospital since I knew it was go-time. Fortunately, Cedars-Sinai Hospital has valet parking so I was able to pull right up and jump out. 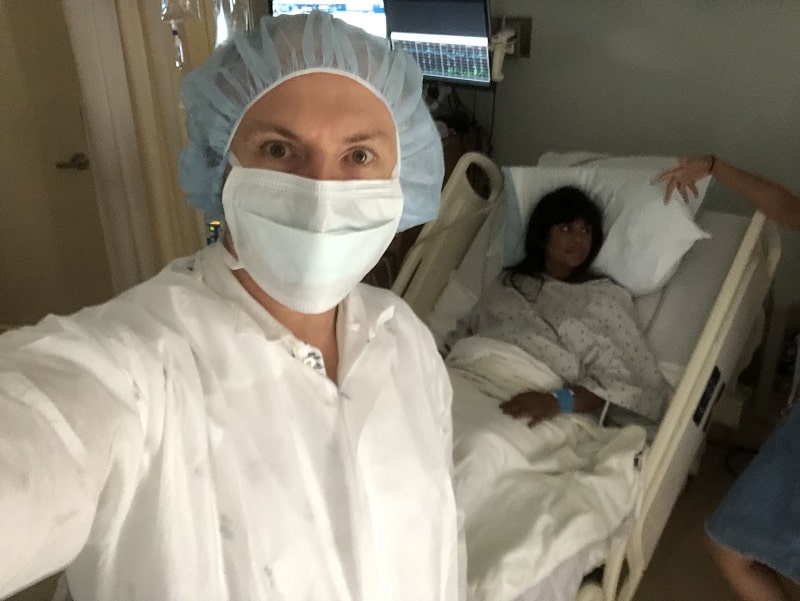 The nurses were prepping Natalie for surgery and we both had huge knots in our stomachs because surgery is scary, especially when each doctor goes over all the possible side-effects and outcomes. I was handed my operating room jumpsuit, booties and hat and we hurriedly made our way down the quiet, long, hallways, which smelled like disinfectant.

It was around 3:20pm and sitting outside the operating room for thirty plus minutes while they prepped Natalie was the most difficult part of the whole process. Natalie said the same. I spent most of the time praying, asking my friends and family to pray while keeping them updated.

At 4:02pm, they called me into the OR and told me to take my seat on a small stool just behind Natalie’s head. I counted 15 doctors and nurses in the room and the anesthesiologist was standing right next to me assuring me everything was going to be fine. I had tears rolling down my cheeks which fortunately the face mask masked.

Natalie was conscious, she held on to my hand with a tight grip as the surgeons started slicing her belly open. There was a paper shield about 20 inches high above her waist so we couldn’t see what was going on but could see the doctors heads to communicate. It was scary and surreal to say the least.

The doctor told me to get my camera ready because the baby was about to come out. Olivia came and the doctor held her up so we could see and we both burst into tears. “I have a daughter, I have a daughter,” was what kept running through my mind. I just wanted to hug and kiss her and tell her I would love her forever and ever. 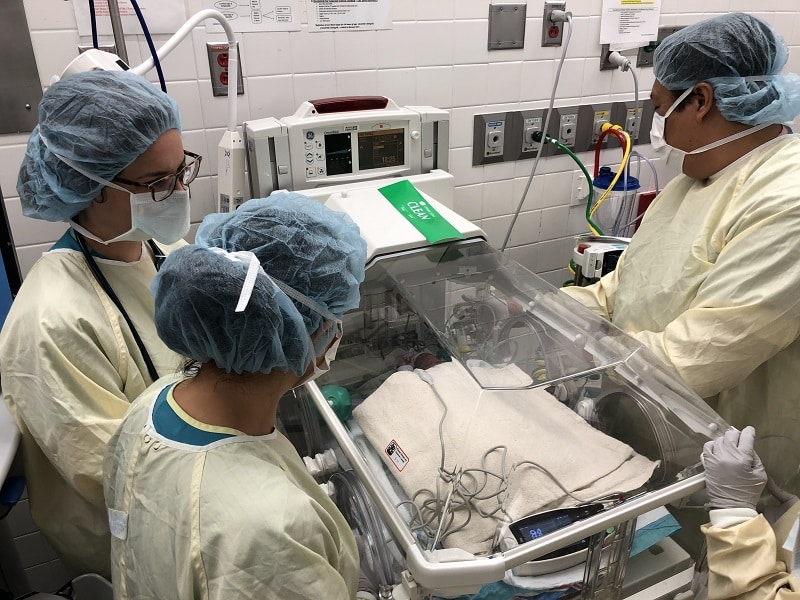 But the doctor quickly handed Olivia off to the team from the NICU since she had arrived more than three weeks early. It was a little hairy at first since she was having trouble breathing and it was a little anticlimactic since we didn’t get to hold her right away as they had to whisk her up to the NICU in an incubator. I went with her but it wasn’t easy to leave my wife on an operating table. But, the doctor said, she’s doing great and Natalie encouraged me to stay by Olivia’s side.

Natalie had to be placed on a magnesium drip for 24 hours to treat the preeclampsia so she didn’t get a stroke or seizure (preeclampsia is no joke). I went back and forth between the NICU and Natalie’s room and was able to Facetime the two of them. Since Olivia was also in a precarious state, I couldn’t hold her either.

UPDATE: I’m relieved to report that after 24 hours, Natalie and Olivia were doing much better. Natalie still has some blood pressure issues as they’re trying to figure out the right meds to stabilize her but Olivia was discharged from the NICU after three nights and they both were discharged from the hospital after six nights. 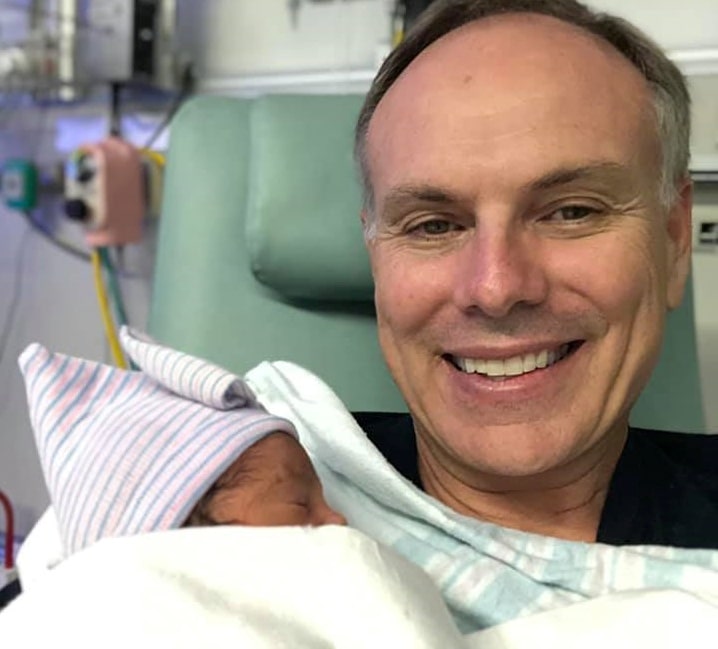 It’s a magical and nerve racking feeling to hold a tiny little baby for the first time, especially when it’s your child. 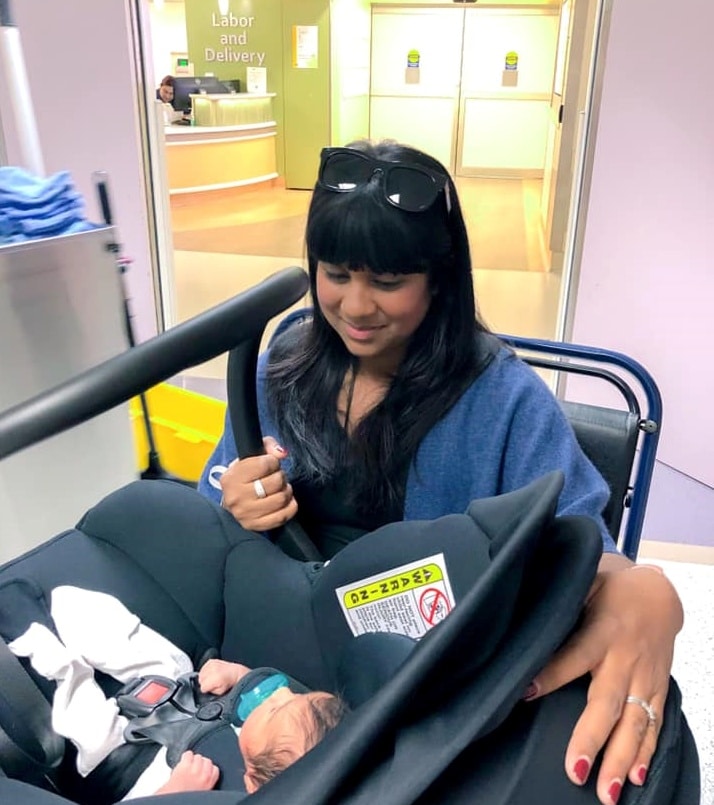 The same is true for when your loved ones get discharged from the hospital. As I wrote on Instagram: “It’s mostly a warm and fuzzy feeling when your wife and baby are discharged from the hospital. But there’s also a small, scared-as-hell part because sh*t just got real real. No more nurses taking care of your loved ones and you’re already tired as hell.” 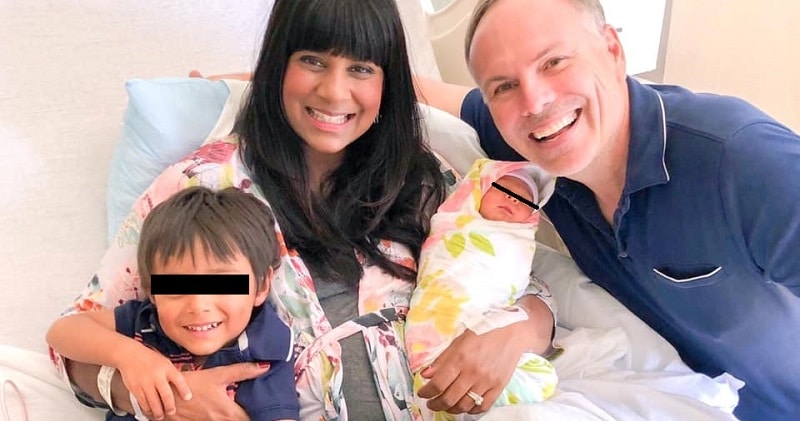 Thank you for all of your love, support and prayers. 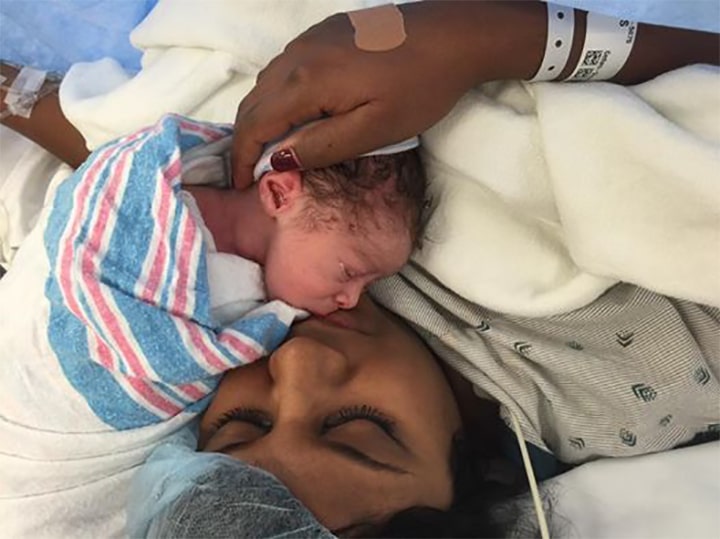 Writing about this whole experience took me back in time, three years ago to the day that our first child was born. There’s something about welcoming your children into the world that makes you nostalgic so if you feel like joining me on a trip down memory lane, here’s the story of Jack’s dramatic arrival, which just happened to be our four year wedding anniversary. Talk about an incredible and unforgettable anniversary present!