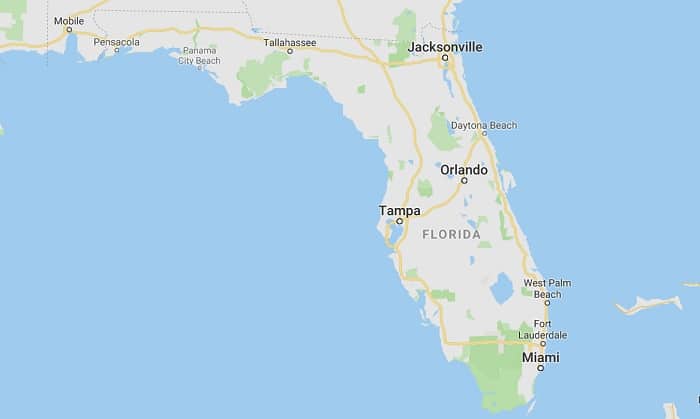 Car insurance rates have been on the rise nationwide, and this has also held true for the state of Florida. The Sunshine State has seen increases of almost 10% in rates per year since 2017, giving Florida drivers the third-highest rates in the entire country. That said, rates vary widely based on your insurer, city/county, age, driving history, type of vehicle, and even your credit score. Here’s the best car insurance rates for Florida.

To get a clearer idea of how auto insurance works and how to find the most affordable rates in the state, let’s first take a look at how Florida laws regulate drivers and their vehicles.

According to the Florida Department of Highway Safety and Motor Vehicles, drivers must abide by the following regulations:

How Cheapest Car Insurance Rates are Determined in Florida

As of the latest data, good drivers in Florida pay an average of $2,411 annually for auto insurance, or $201 per month. Rates vary by the insurance provider, location, insurance type, and the level of coverage. However, these rates are also highly dependent on drivers. When an insurance provider is calculating your rates, they will look at the following factors:

It is important to note that the table above shows the average rates for the minimum coverage required by the state of Florida. For standard or “full coverage,” the rates are significantly higher:

These are approximate rates based on statewide polling for 40 year old men and women with good driving records. Naturally, individual rates will vary. Additionally, providers like Travelers, MetLife, and the Florida Farm Bureau also provide low rates for certain areas. So, in order to get a better picture of auto insurance rates around the state, let’s look at how rates vary by city.

Aside from your driving history, your location is one of the most important factors when calculating the cost of your auto insurance. Population, crime rates, weather conditions, and the cost of living can all affect the amount you pay each year. Individuals who live and work in rural areas typically have the lowest rates, however, the majority of Floridians live in urban or suburban areas, where rates tend to increase. So, let’s take a look at the top-5 largest cities in Florida and compare their respective auto insurance rates:

The average annual cost of basic auto coverage in Jacksonville is $1,281. However, like with most large cities, these prices can vary by district or neighborhood. For example, those living in neighborhoods like San Marco and the downtown area will pay, on average, over $100 more per year than people in neighborhoods like Mandarin and South Jacksonville. Though the city generally lands in the top 25% of America’s safest drivers, it is not without several issues that contribute to higher auto insurance premiums. Poor roads cause additional wear and tear on vehicles, and the city has historically experienced issues with flooding during hurricane season.

The average annual cost of basic auto coverage in Miami is $1,410. Premiums can vary by as much as $800 per year, depending on the specific neighborhood. People living in Little Haiti and Brickell tend to pay significantly less than Coral Way and Little Havana. That said, auto insurance is high across the entire city when compared to state and national averages. This is partly the result of the high rate of car accidents in Miami, as well as the city’s close proximity to the coast during hurricane season.

The average annual cost of basic auto coverage in Miami is $1,340. The most expensive neighborhood is the downtown area, while New Tampa residents typically pay much less for their auto insurance. Much like other coastal Florida cities, Tampa faces higher rates due to potential damages caused by hurricanes. Additionally, Tampa generally ranks on the lower end of U.S. cities when it comes to safe drivers.

The average annual cost of basic auto coverage in St. Petersburg is $1,356. Residents in Big Bayou and Disston Heights tend to pay the most, averaging over $1,400 per year, while those living in Treasure Island pay average premiums of just $1,236. When compared to other cities in Florida and across the nation, St. Petersburg tends to have safe drivers and fewer traffic accidents. However, St. Petersburg lies just across the bay from Tampa, leaving it vulnerable to flood damage during hurricane season.

The average annual cost of basic auto coverage in Orlando is $1,387. Most people know Orlando for its theme parks and many family-friendly attractions, both of which bring in millions of tourists every year. As a result, traffic congestion and collisions are both major issues. And, while Orlando is not as susceptible to hurricane damage as other cities in Florida, its residents still face some risk of property damage every year.

If you’d like to learn more about acquiring auto insurance in the state of Florida, consult the Florida Department of Highway Safety and Motor Vehicles website today!