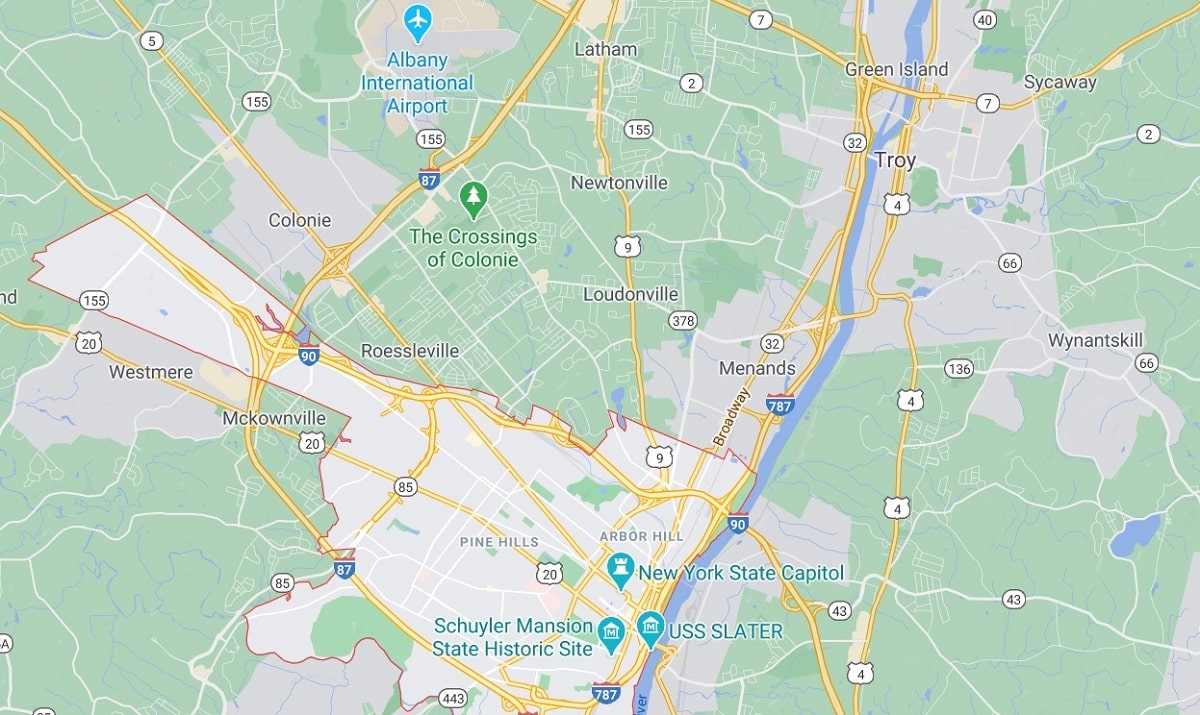 Contrary to popular belief, New York City is not the capital of New York state; it’s actually Albany, a smaller, but nonetheless modern city about 150 miles north of the Big Apple. Albany is best known for the Empire State Plaza, which features shopping, entertainment, and a large reflecting pool.

Though Albany is a modern city that attracts thousands of tourists and new residents every year, it is significantly smaller than New York City. The latter boasts a population of over 8 million people, while Albany — including all of its metropolitan suburbs — has just over 1 million residents.

However, this is not to say that Albany is a cozy, quiet little city. On the contrary, Albany is buzzing with business, shopping, tourism, and culture. With an average age well below that of NYC, Albany has become a hotspot for young professionals. It has a thriving bohemian art scene and plenty of entertainment for crowds of all ages.

That said, Albany is not all sunshine and rainbows (literally). It gets heavy rainfall in the spring and summer, while it averages more than 52 inches of snow every year. Not only can the weather be a hassle, but it can also become a safety hazard for drivers.

Speaking of drivers, car insurance rates are on the rise in most parts of the United States. Unfortunately, Albany is no exception. Between the hazardous weather conditions and an increasingly young population, Albany is seeing some of the highest car insurance rates in the state. On average, Albany drivers pay about $2,036 per year for their car insurance.

However, Albany auto insurance rates can vary widely based on the insurer and type of policy. Additionally, several factors can affect the amount you pay per year for car insurance (more on that below).

So, to help in finding cheap car insurance in Albany, New York, let’s first take a look at how New York state law regulates drivers and their insurance.

Car Insurance Laws for the State of New York

You can learn more about New York state’s car insurance laws on the DFS website or the New York DMV website.

How Car Insurance Rates are Determined in Albany

With over 1 million residents, Albany is a major city with variations in property value, cost of living, and taxes. As a result, car insurance rates are not the same citywide. However, car insurance premiums are not just dependent on location. They are also highly dependent on drivers.

When an insurance provider is calculating your rates in Albany, they will look at some or all of the following factors:

Albany has some of the highest car insurance rates in the state. Nonetheless, several local and national insurers provide high-quality insurance policies at reasonable rates. So, let’s take a look at some of the best cheap car insurance companies in Albany:

Keep in mind that the table above includes the cheapest rates for minimum liability insurance (including PIP and Uninsured Motorist Protection) in Albany. However, the minimum coverage may not cover all of the costs of damages, medical bills, or legal fees after an accident. As a result, you may want to obtain more than the minimum to avoid high out-of-pocket expenses in the future.

For comprehensive coverage in Albany, the premiums are significantly higher:

These tables show approximate rates based on the polling of men and women with good driving records (no at-fault collision claims). Obviously, Individual rates may vary based on the criteria listed above, including age, driving record, and location.

Most Expensive Neighborhoods for Car Insurance

There is a wide range of factors that determine your car insurance rates in Albany. From the weather to your driving history, insurance premiums require complex calculations that are specific to each location and individual. You should contact an insurer directly for an exact quote.

If you’re looking for more guides like this, check out our other car insurance guides and resources.