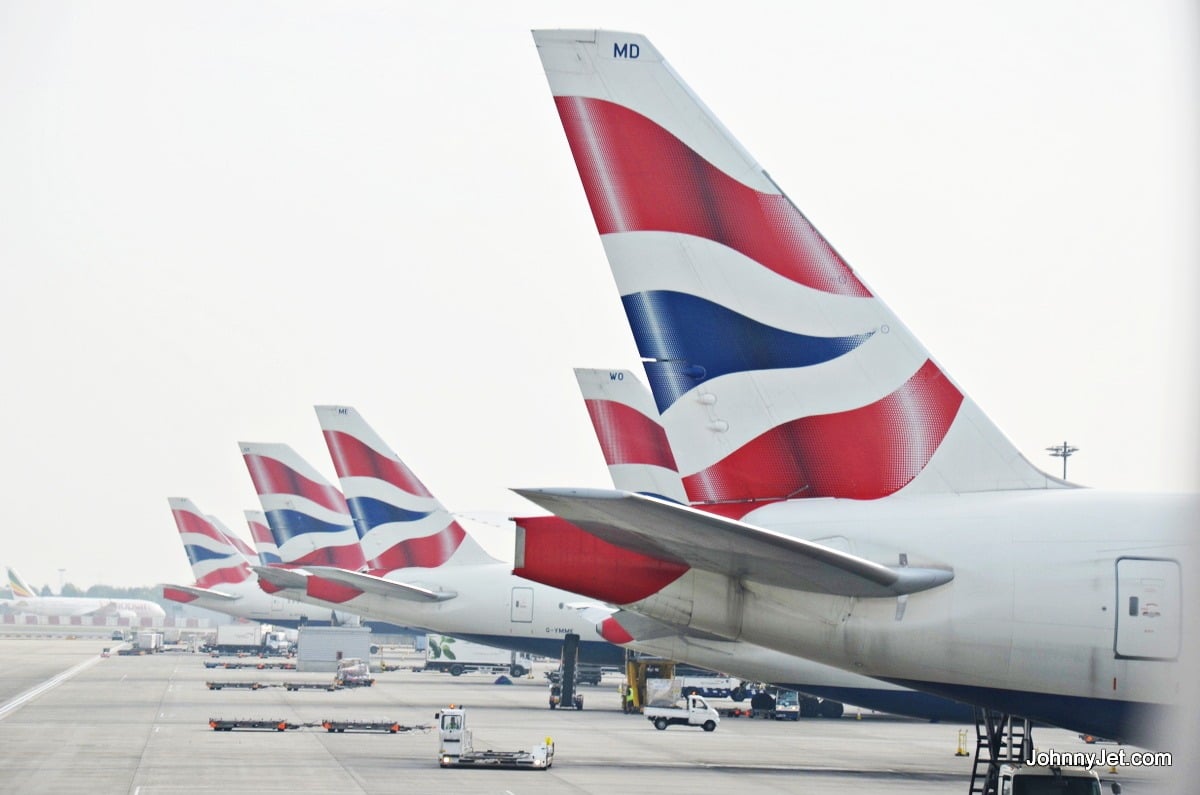 It’s not just the U.S. that’s having problems with understaffing in the travel industry. In fact, the UK is getting hit even harder thanks to another wave of COVID. Workers are calling in sick so there are huge lines at airport check-ins, security, immigration, rails and on the roadways.

If you watch the hit show Ted Lasso on Apple TV, then you know who Coach Beard is. The character is played by actor Brendan Hunt who lives in Los Angeles but spends a lot of time going back and forth to London where they shoot the show. I’m assuming he has top tier status on either British Airways (BA) or their Oneworld partner, American Airlines (AA), which comes with all kinds of perks like free upgrades, baggage, use of airline clubs and better service.

Well, you can scratch the latter as Brendan just took to Twitter to air his grievances against BA as he tweeted: “@British_Airways has f*cked over this weekend. Flew to Paris Thursday. It is now Sunday. Still no bags. Not even a status report. No apparent interest in even attempting to solve the problem. Ah, the perks of membership. Happy Easter!”

Let me join the chorus of people who @British_Airways has fucked over this weekend. Flew to Paris Thursday. It is now Sunday. Still no bags. Not even a status report. No apparent interest in even attempting to solve the problem. Ah, the perks of membership. Happy Easter!

If you’re wondering why he didn’t take the train to Paris since that’s the best way to get between the two, it’s because his family had gone ahead by train. He went after work with the big bags so they wouldn’t have to lug them around without him.

Correct. Family had gone ahead by train. I came after work with the big bags so they wouldn’t have to lug them around without me. (And it’s a four day weekend this weekend, too.) https://t.co/oiXLH755Kl

I feel Brendan’s pain because I’m sure before having kids, he packed just carry-on too, but when you have little kids that all goes out the door. In fact, when you travel with little kids, you basically need a U-Haul truck to bring enough clothes for them as they go through more outfits in a day than Lady Gaga does during one of her concerts. Then there’s the diapers, snacks, books, toys, shampoos, soaps, lotions, edge corners … the list goes on.

To make matters worse, it’s a holiday weekend so Brendan can’t just go out and buy everything since stores in France close for Easter.

He’s also not the only one that this has happened to and sadly, it doesn’t bode well for him as you can see by some of the Tweets he’s firing away right now.

This happened on my flight as well. Unconscionable. https://t.co/iMsnI6lObY

This bodes well for all of us. https://t.co/tp7YK8kbDa

So, @British_Airways, I presume this means that when your poor flight staff informed us that if we got off the plane and flew the next day we would do so *with* our bags, that was just a lie, too. You are garbage. https://t.co/IbgYJYVTvt

I messaged @British_Airways 25 hours ago to inquire about pricing for a flight change since its web infrastructure still can’t handle that. Haven’t gotten a response yet. Will I ever get one? I guess we’ll find out eventually.

Related: The Secret Ted Lasso Biscuit Recipe is Out