The butcher holds a spicy raw little red lump in my direction and grins.

I decline—raw meat from open air markets in North Africa being something I generally avoid—but then my adventurous side succumbs to FOMO and I reply, “On second thought, yeah! Let me try it!”

The butcher couldn’t be happier. No backing out now. Elbowing trepidation out of the way, I take the tiny ball and pop it in my mouth. It’s succulent, salty, rich, buttery-smooth and expertly spiced. Delicious! Good call (assuming I’m still vertical in 24 hours). I start to ask for more, but my traveling companion takes me by the arm and wisely guides me away.

We meander through a sprawling food market in Casablanca—browsing the enticing sights and smells like we’re shopping for the suede camel leather shirts they sell at one of the other souks.

I’m beginning my fourth week in Morocco and I am well and truly smitten with the place.

Morocco is genuinely stunning, an ancient kingdom at a magical crossroad of culture, language and history. It is one the richest, most compelling and most beautiful countries I’ve ever visited. It has a diversity that I still don’t completely fathom, like somebody washed North America in really hot water and shrunk it to 1/100 of its normal size. Yet it’s all here: oceans, mountains, forests, deserts…

All around us the locals laugh and eat, sharing everything from makeshift napkins to leftovers. No one is a stranger in this place.

Two days later the walls spin around me. No, I don’t have food poisoning. The camel tartar actually rather agreed with me.

On this night I am at a Sufi Aissawa Lila ceremony—a centuries-old kind-of Sufi spiritual rave. Sufism is the liberal, mystical aspect of Islam, eagerly welcoming all seekers of ecstatic experience.

We’re two or three hours into the five-hour ceremony of movement, music, dance and call-and-response chanting, when I am suddenly overcome by the desire—no the need—to spin.

I look across the room at my buddy, who’s spontaneously taken by the same impulse. I can tell by the loopy grin on his face that he’s high as a kite from the music, the movement and the spiritual energy—the baraka—in the room. Nothing more. I know I’m wearing the same expression.

I give into it and start to turn. My feet seem to know what to do. Instinctively, my arms raise, the right one over my head, the left one at heart level. An uplifting energy flows through me. It’s a profoundly powerful, and personal, moment as I spin and spin and spin…

I’m like a kid spinning on the lawn in the soft dusk of a lazy summer day.

By the end of the evening I am utterly, blissfully exhausted. The rhythm of the music, the effect of the Arabic call and response singing, the devotional energy of the participants, the physical expenditure of dancing, spinning, flailing, even falling, for hours on end, all combine to create a profoundly heightened state of perception. An incredible sense of connection and gratitude.

And a craving for camel tartar.

Greg Roach is a co-founder of Spirit Quest Tours. He’ll be leading a “Mystical Morocco: Sufism, Music, and Dance” tour in April. 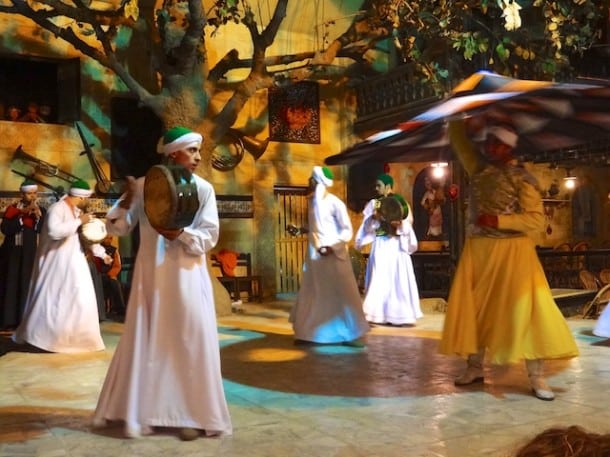 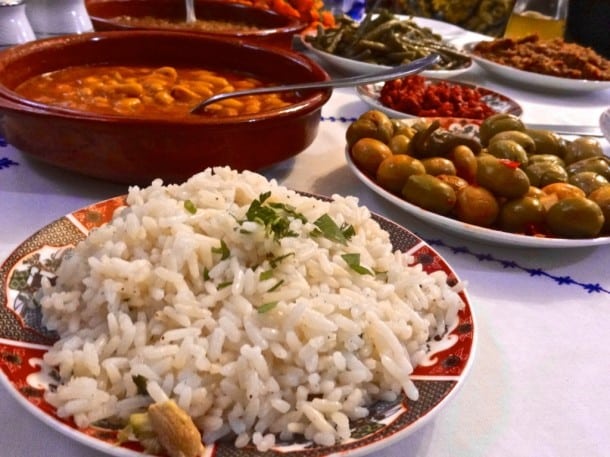 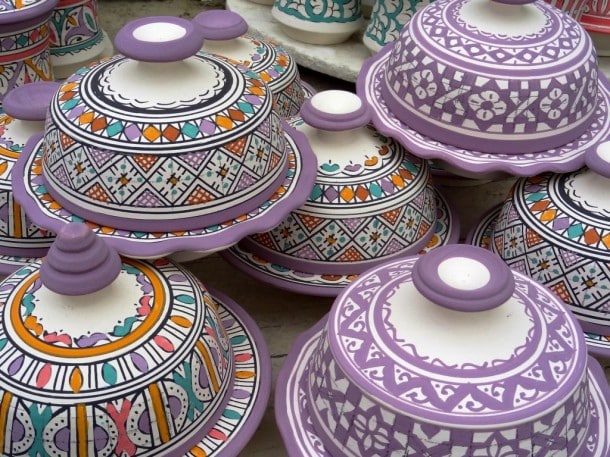 2 Comments On "Camel tartar and sufi raves in Morocco"