The Best Cheap Car & Auto Insurance in Tennessee for 2020

Use this table to jump to specific sections of this guide: 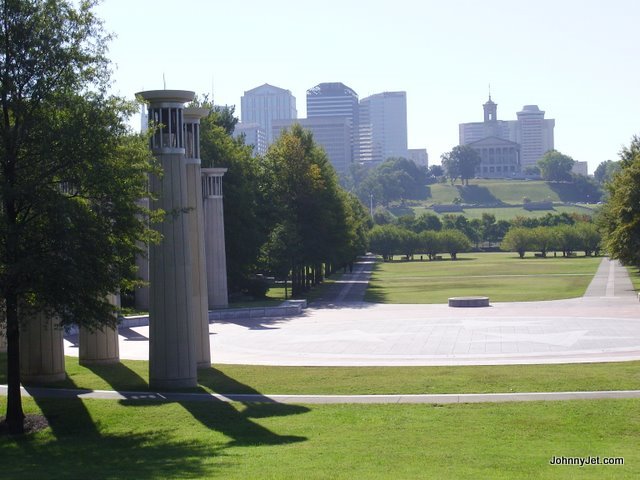 Our goal at the end of this article is to have equipped prospective drivers with all of the important information that they need in order to navigate shopping for their first car insurance policy; to show them how to choose the best company and policy for their needs and legal state requirements and what they can do to lower their rates.

With their knowledge found here, they can use their position as the most informed policyholder to potentially negotiate insurance rates.

Within the state, pricing will vary depending on which city and type of area you live in.

Each state has its own laws regarding the minimum amount of insurance drivers are required to maintain. Tennessee uses a “25/50/15” system to control insurance policies within their state. What does this mean?

How Auto Insurance Rates are Calculated in Tennessee

There are a lot of factors that go into the calculation. Rates in Tennessee are on average statistically lower than the rest of America. The average American pays an average of $2390 a year for full coverage insurance each year, and to maintain only the minimum insurance requirements in each state averages a cost of $937 per year.

Fortunately for folks in Tennessee, the average cost to maintain the minimum insurance requirements is only $759 annually. The average of what people in Tennessee actually purchase for policy limits costs around $1821 per year, much lower than the national average.

This does vary based on your zip code. It is important to remember that the averages mentioned below are found in Tennessee by taking the average rates for a thirty year old single man with no credit history driving a 2015 Honda Civic EX. The lack of credit history makes him comparable to a driver with poor to below-fair credit.

Time behind the wheel isn’t the most important metric to consider. But people who have been driving longer will generally see lower premiums. While there are many reasons, the most significant is the common sense logic that the longer a person has been behind the wheel, the more practice they should have at driving without incident. Therefore, they would be better at driving without incident.

Considered the most important metric for those seeking car insurance in Tennessee, the driver’s record is the recorded history of a person behind the wheel. Have they been in an accident, gotten any DUI’s, or moving violations?

Companies have learned that those who are willing to act unlawfully behind the wheel end up becoming a larger liability to the company than those who have acted lawfully and taken the responsibility of driving seriously and safely. A DUI can increase auto insurance costs in Tennessee by nearly $600 a year.

This is one of the metrics where drivers do have the opportunity to control their rates significantly. Depending on the vehicle they drive, insurance premiums may be higher or lower. A more expensive vehicle will cost more to insure. Certain safety features and high safety ratings may actually plummet your rates. It costs more to insure a sports car than an SUV.

If the vehicle has higher horsepower, the risk that there will be fast driving is higher, and therefore rates go up. Should the vehicle itself have a reputation for being involved in a high amount of collisions (like Ferraris or other high-performance vehicles), the rates will be increased due to probability.

If the vehicle has a reputation for being stolen, the rates will also be increased because the car is more likely to be stolen or damaged. The shape, size, speed, color, and brand of a vehicle play a huge role in the cost for it to be insured.

Insurance companies would rather not pay out on more claims than are absolutely necessary. Having good credit is typically a way to show that a person is more financially responsible, and therefore likely to make more responsible decisions behind the wheel.

This same logic is applied throughout virtually every avenue in life, so it should be no surprise to see that it is a factor here as well.

As mentioned before, the ultimate goal of insurance companies and how they collect their profit is by maximizing premiums and keeping claims as low as possible. Claims count as loss. Insurance companies want to know how many times drivers have filed a claim.

If they have been found at-fault in any claims, they will be considered a higher risk to cause claims and therefore face higher premiums. An at-fault accident is estimated to raise your premiums by $448 per year.

Insurance companies care about more than just the drivers and their vehicles. They also care about the location. Why? Some areas of Tennessee have more accidents due to traffic and higher population levels. With more people comes an increase in not only accidents but theft and vandalism.

All of these end up as claims when a vehicle is involved. Because of this, drivers in large cities or high-crime areas will often pay significantly higher premiums.

Average Premiums in Tennessee by City

The following chart puts the 50 cities with the highest populations in Tennessee in order of premium.

Age often coincides with driving experience. With age comes wisdom and experience to avoid accidents and act responsibly. Men are statistically more likely to get into accidents, and married people are considered by insurance companies to be safer drivers.

All of these factors play a role in the cost of insurance premiums.

The more time a person spends in their vehicle, the higher the chance of an incident occurring. As such, the more miles that are put on a car each year, the higher insurance premiums will be.

It’s always a good idea to compare quotes from multiple companies because of how each company weighs each of the variables discussed above. Every Tennessee driver’s needs are different. Overall though, three companies stand out as having the cheapest average premium, 17% lower than the driver average cost across Tennessee. These are the best auto insurance rates in Tennessee.

These companies are State Farm, Geico, and Erie Insurance. The table below shows the average costs of the least expensive companies available for car insurance in Tennessee.

Cheapest Insurance for Tennessee Drivers with an At-Fault Accident

If people are looking for insurance after being considered the at-fault driver in an accident, many companies will significantly increase their insurance rates. It takes 3 years of maintaining continuous coverage and a clean driving record before rates begin to return to their original rates. After the three year period, most companies are willing to forgive the accident so long as they don’t receive any moving violations or other accidents.

Many folks in this predicament will wait until this grace period is up before they take on the overwhelming rates.

The good news is that in Tennessee, it’s not such a bleak outlook. Tennessee Farmers Insurance and Nationwide Insurance companies both charge the same rates for people who are in an at-fault accident as they do for those who are not.

State Farm Insurance does increase their rates for an at-fault accident by an average of $247, but still actually comes out as the number one cheapest insurance company in Tennessee for those who’ve been at-fault.

The chart below compares rates throughout Tennessee for those who are in this situation.

Sometimes, the most important thing to a person is to be able to get their vehicle to where they need to go. Money isn’t always available, regardless of the protections a policy with higher limits can offer.

In these cases, they should look for the minimum policy to meet state requirements. Tennessee Farmers offers the cheapest policy in Tennessee for minimum coverage.

The chart below includes the companies that offer the cheapest rates for minimal coverage needed.


Not everyone has the same needs when it comes to what they are looking for in a car insurance company. While the cheapest may work for some, others are looking for quality. Based on customer satisfaction rankings, the following chart rates the best-rated auto insurance companies in Tennessee against their complaint index (AIC).

There are some people who no longer meet the requirements for standard insurance because of their risk factors. They created the Tennessee Automobile Insurance Plan to assign these higher-risk people looking for insurance in Tennessee insurance, regardless of risk factor, for a premium.

The participants in this plan are covered by sharing the risks across all companies writing car insurance policies within the state.

Overall, getting a car insurance policy in Tennessee doesn’t vary greatly from any other state. People should always compare companies and rates to find the best available deal for their own situation. No matter what their specific needs are, there is a plan tailored for everyone.

Anyone can benefit from ensuring that they drive safely with as clean of a driving record as possible, and comparing and negotiating rates. The most important weapon in this quest is to go in with a wealth of information and compare until the best remains.