Cheap car insurance in Louisiana is on the docket for just about everyone. While Louisiana has plenty of entertainment and people (a population of over 4.6 million), we’re here to talk a bit about finding cheap Louisiana car insurance that will be beneficial for you and your lifestyle. 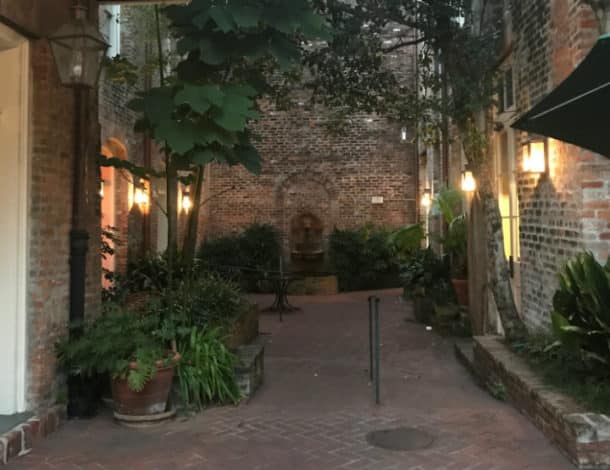 A Guide to Finding Cheap Car Insurance in Louisiana

So, if you’re looking to get an all-new policy for your first time, shopping for a new one, or just looking for some cursory information for a policy in the future, car insurance guides can help you.

The Basics of Car Insurance in Louisiana

Like most other states in the union, insurance companies are always going to look to protect their assets. In short, they’re not looking to pay insurance claims to just anyone, so they protect themselves in a few different ways. Should you get a policy from any esteemed company, they’ll want to examine your driving record, history, the age and gender of the driver, as well as the car they’re going to insure. They also consider how long you’ve had insurance and if there are any lapses.

The government also has mandatory state minimums for car insurance. In Louisiana, they operate under a 15/30/25 system for liability. This covers injury treatment for someone else and any property damage that should incur in the event of an accident. The system breaks down as follows:

Without liability car insurance coverage in Louisiana, you won’t be able to legally drive. It should also be said that although these are minimums that allow you to drive without reproach, should you get into a significant car accident where you’re found at fault, you may find that your car insurance won’t be able to help you very much. As such, you should always consider comprehensive, uninsured motorist coverage, and collision coverage in Louisiana.

As earlier stated, you’re more than likely going to find the same factors that come into play if you’re searching for car insurance in the state. If you’re trying to find the best rate, it can be a little bit to comb through, but something much easier to do with the power of the internet. We have found that the average driver will spend about $3,525 per year over the whole state. This figure is broken down in factors such as:

Most car insurance companies consider this to be the most important metric in car insurance. Your record will always follow you – and will greatly impact how much money comes out of your wallet. If you have a lead foot, moving violations, and may even have committed some crimes behind the wheel, you will ultimately end up paying more money for those who don’t have such issues.

Experience is also a significant factor in car insurance rates in Louisiana. The more you end up driving, the less your car insurance rates will be. Inexperienced drivers file many more claims than those that are experienced, as they are just getting their bearings. While a young driver may be very cautious and obey road rules, most insurance companies aren’t always super comfortable with the investment.

Certain vehicles come with more risk than others. Sports cars are likely to pay insurance claims. The same goes for luxury cars and insurance rates. Both of these cars are generally higher targets for theft, as they are generally some of the more striking cars on the road.

Sports cars are doubly concerning for insurance companies because they are often in accidents because of their speed, weight, and the people that they attract. They’re meant for performance and people sometimes take full advantage of that fact. Insurance companies know this and adjust their rates accordingly.

Younger drivers will generally cost insurance companies more due to their inexperience. Males have a higher claim rate than their female counterparts. Single people have more accidents than those who are married. Regardless of the fairness in these demographics, the statistics state that this is true enough for insurance companies to set their rates with these things in mind.

As you know, credit is hugely important for those trying to get basically anything. Homes, vehicle purchases, and even jobs require some barrier of entry and in some cases – sterling credit. Car insurance is much in the same. The reasons why are varied, but generally insurance companies would prefer to insure people who have a history of paying their bills on time.

If you’re in a densely populated area, you’re going to have a higher insurance rate than someone who lived in the country. The reasons why are what you expect – crime is higher, more cars on the roads, and there will be more claims filed because of this. All of these are of utmost concern to insurance companies. Since these markets are a haven for them, they set their rates higher.

To put it very simply, insurance companies operate on whether or not they have to pay out a claim. If you’re the type of person who have some misfortune in the past you’ll end up paying more than those who haven’t been on the receiving end of being at-fault in a claim.

Outside of what’s outlined above, the amount that you drive plays a part in what you’ll pay for car insurance. If you’re in your car more, so does the chance that you’ll get in a car accident. As such, low mileage drivers don’t have to deal with this penalty.

Insurance companies love people who don’t have any lapses in their policies. There are varied reasons why people would go long distances as to why they don’t have insurance. But, unfortunately, most insurance companies don’t really care why. If you have a significant lapse between policies, you will simply pay more money.

Getting the Cheapest Car Insurance in Louisiana

If you can satisfy most of the criteria above, you have a great shot at getting some of the cheapest car insurance in Louisiana. Considering how expensive the state can be as a whole, it would behoove virtually everyone to always be on the lookout for a rate policy worth standing behind.

At this point, we’re going to create a classification system for drivers in which you’ll ultimately be a part of. This is just a rough outline, as there are many factors to consider. We think that you’ll have a good starting point as to where you lay on the scale thanks to the information below.

If you’re a driver that has a great credit history and no dings on your record – you’re in luck, but you knew that already. At current, Louisiana Farm Bureau is probably the cheapest insurance company operating in the state. On average, you’re going to end up spending about $257 per month with this company. Rounding out the top three were Allstate and Progressive for cheap Louisiana car insurance.

To come up with this, we essentially averaged the rates of car insurance rates for men and women that have both good credit and a driving history to match. This is the price of full coverage car insurance in Louisiana.

If you happen to have bad credit in Louisiana, you may find that Allstate to be your best bet for car insurance. They had an average of $439 per month for car insurance, though we did find some decent options in both the other carriers – Farm Bureau and State Farm.

Truth be told, poor credit has a bigger influence on your car insurance premiums than even something like a DUI conviction or an accident that has happened recently. To get to these dollar figures, we averaged 40-year-old men and women who had a good driving history but also bad credit. This was for full coverage insurance policies, as well.

Cheapest Car Insurance for Drivers With an At-Fault Accident

Things happen – people will get into accidents. We have found Farm Bureau Insurance to be cheapest for drivers that have an at-fault accident at $277 per month on average. State Farm was the second, with Allstate bringing up the rear in third.

Like the other models, we just averaged males/females that were 40s looking for full-coverage insurance. These drivers also had a recent at-fault accident. Also, a note: these accidents stay on your record for about 4 years before the rates go down.

If you’re a driver who doesn’t put a lot of miles on their cars, we have found Louisiana Farm Bureau Insurance to be your best bet at $229 per month. Progressive and State Farm were the second budget-friendly options for car insurance, respectively.

People generally drive about 12,000 miles per year – at least to the insurance companies. If you drive less than 5,000 miles per year, you will find that your insurance rates are much cheaper, whether you’re a person who opts for walking, public transport, or walking. In any event, to get to this figure, we averaged men/women 40+ looking for full-coverage insurance.

If you’re looking for the absolute cheapest car insurance in the state, you’ll have to look no further than Louisiana Farm Bureau insurance at $79 per month. State Farm and Progressive Insurance round out the list.

Basically, if you’re looking for minimum car insurance, you have some decent options all around. We got these figures by averaging men and women at 40 who were looking for just the minimum that the state requires for car insurance.

As we stated earlier, this isn’t recommended in most cases should you get into an accident. However, we understand that this isn’t always an option for many people. It’s better than not having insurance at all.

In summation, obtaining car insurance in Louisiana doesn’t have to be hard. It can be a bit expensive if you’re looking for full-coverage, have bad credit or some dings on your record. But, looking around and making sound financial decisions will assist greatly. We always think that people should check for new insurance rates/policies every so often to see if you can save some money.

If you need any additional guidance – or even alternative methods for insurance – be sure to consult the Louisiana Department of Insurance for more information.