COLUMN: How Much Money Do Airlines Make by Squeezing in Extra Seats? And Is It Worth the Discomfort of Their Passengers?

Ms. Wylie is a co-founder of The Project Consultant. She has many years of experience as a C.F.O. for private companies and as a successful entrepreneur. She has her M.A. in economics from Georgetown University where she was awarded a full fellowship and was an adjunct professor in statistics and economics at Youngstown State University and Georgetown University. She is a regular contributor of business and economic analyses on the online publication, Data Driven Investor. She is currently working on her book, “The Truth is in the Numbers.” Ms. Wylie is also a published children’s book author of five books with Rodale Kids, an imprint of Penguin Random House.

In a recent article on CNN Travel, the reporter measured the distance between coach seats in different airplanes. The problem is, the reporter pointed out, airline seats and the distance between rows of seats have gotten smaller over the years while Americans have grown larger. RELATED: VIDEO: Mean or Brutally Honest? American Airlines Passenger Divides Internet When Wedged Between Two ‘Obese People’ 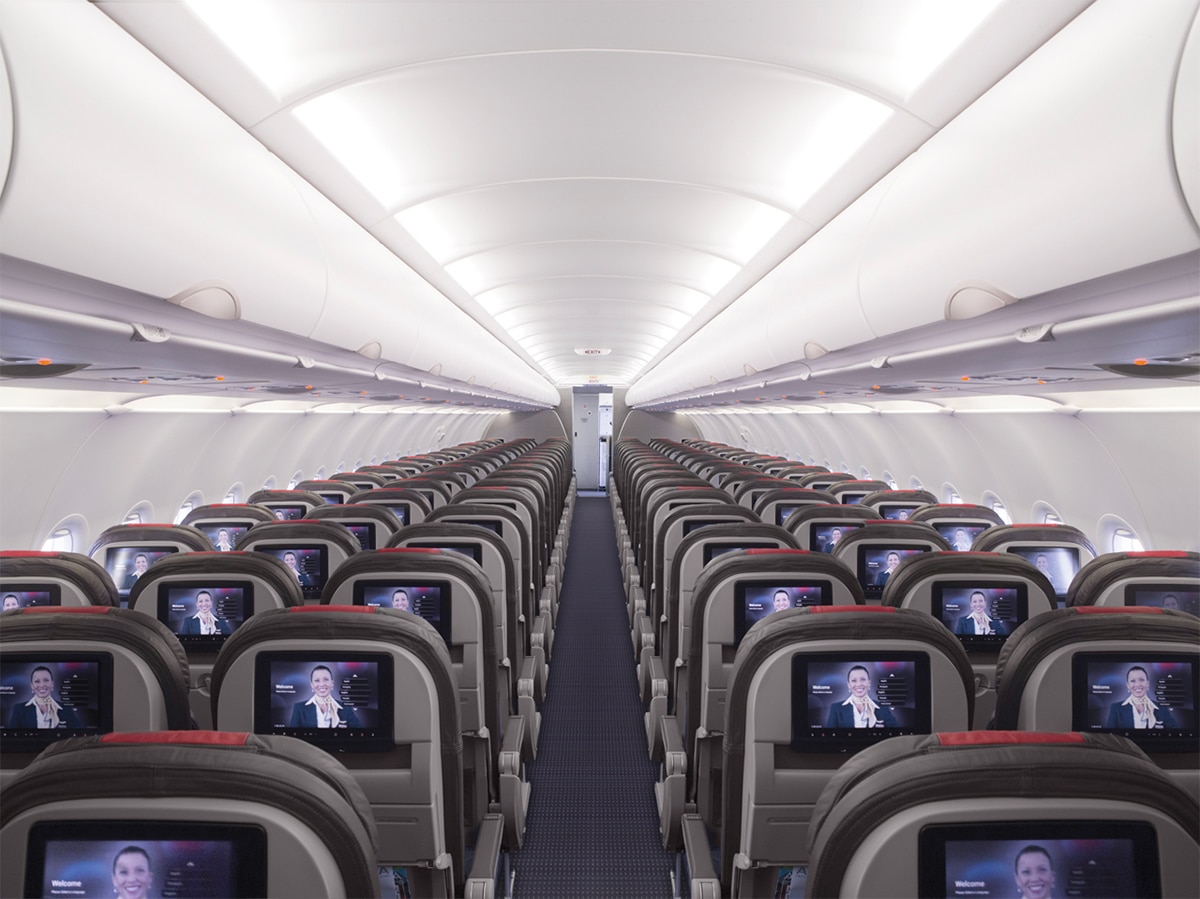 One budget airline he measured, from the back of the seat to the seat in front was 27 inches. As I wrote this, I measured the chair I sat in and it was 24 inches from the back of the seat to my kneecap. That gave me only three inches of wiggle room. And I’m not that tall relatively speaking. How much money are airlines making by adding in a row of extra seats, and is it worth the discomfort and agitation of their passengers? And more importantly, would the cramped seats impede evacuation in an emergency?

On a recent trip home, I asked my brother Dan, who just retired as the number one pilot (seniority-wise) at the number one airline (American), a question that had been bugging me for a while. You see, I am a frequent uncomfortable flyer. Uncomfortable not due to my fears of the plane crashing or anything like that, but because they keep shrinking the distance between the seat rows.

Occasionally I think, admittedly rather preposterously, about the entire crew dying. Perhaps by an attack from an unruly passenger who just lost it. I mean, angry passengers have punched flight attendants in the face. What if they attacked the pilots? Anyway, if they all die and no one was left to fly the plane, and the flight attendant announced the situation and asked if anyone aboard could fly, could I volunteer?

Don’t tell me you haven’t thought of that at one point while flying.

Because my dad was a commercial airline pilot, we had a Piper Cub, a two seat, one-engine prop plane that you could land practically anywhere as long as it was clear of trees and wires. We built a little hangar on our farm, cut a runway through the hay field and hung an orange windsock on a pole. We were even registered as an airport by our township. Which is funny. A hay field. Not even paved.

My dad taught all of us, my three brothers, me how to fly. It was fun. I still remember that he drummed into my head to always keep my eye on the horizon. If I did that I would always be okay.

My older and one of my younger brothers went on to get their commercial pilot’s license as well as two of my nephews. I didn’t get a license and I didn’t become a pilot, but I did learn the basics. So, if there was a pilot emergency, I asked my older brother, could I take over? Of course, with the air traffic controllers talking me through it. Of course.

He took a pause, sipped his beer, looked at me with all seriousness and said, “You’re going to die.” And then for emphasis, “You’re all going to die.”

Harsh. But I digress.

An airplane, the jet fuel, the flight crew, they are all fixed costs more or less. That means, whether there is one passenger aboard a plane or every seat is occupied, their fixed costs remain the same. Fixed costs being as an example, airplane lease, jet fuel, and flight crew salaries. So the revenue from any passenger added drops right to the bottom line like, well, a plane crash.

How much profit do commercial airlines make? According to the Bureau of Transportation Statistics (BTS), the United States airline industry lost $2.8 billion in 2021. Of course 2020 and 2021 profits have taken a hit by both COVID and rising fuel costs. 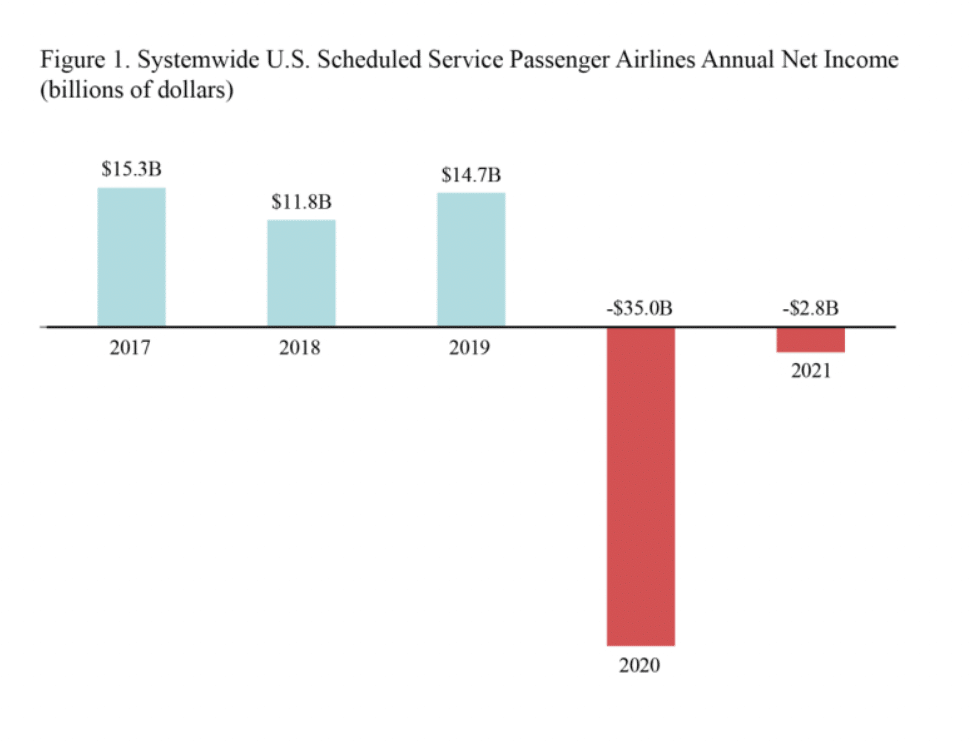 But how much extra profit do airline companies make by adding seats and is it worth agitated and unruly passengers?

It helps to look at expenses separated by fixed and variable costs. For any industry, raising your revenues, which better covers your fixed costs, that don’t change, naturally, raises you net profits. But here is the juicy part – profits go up at a higher percentage than revenues.

The following is a simple hypothetical example:

We see in this example that increasing revenue by 20% results in net profits increasing by 36%. This is the reason why airlines increase the number of seats in a plane. They increase their revenues by adding more seats on every flight while their fixed costs remain basically the same –  (an exception would be slightly higher fuel costs as the planes get heavier with more people and luggage.)

In 2022, the BTS reports that the average domestic passenger ticket costs $328.00. If the airlines add an entire row, or six seats for most airplanes, the additional revenue per flight would be: $1,968.

On the surface that doesn’t sound like much. However, the Federal Aviation Administration (FAA) reports that for 2021, the average number of flights per day was 45,000.

Add the extra seats to even half those flights at the industry average of 70% load (seats are 70% occupied), that would be an extra $31 million. Per day.

Without adding any extra expenses, other than the chairs and maybe some more drinks and snacks, which, let’s face it are peanuts (pun intended), the extra revenue would wipe out the combined U.S. airline loss of $2.8 billion. By a long shot. It would generate over $11.3 billion – using the same airplanes.

But what about the passengers? At a certain point, the seats are so small and the legroom is so lacking that people are becoming unruly and downright violent.

Circling back to my fear of the flight crew getting attacked, here are the most recent numbers on “unruly passenger” data from the FAA:

Of course, there are other contributing factors to the alarming rise in numbers of unruly passengers, things like mask compliance, alcohol, stress, fear of flying and flight delays. But tight, uncomfortable seats do nothing to help the situation.

So maybe there’s something to my fears. I know the cockpits are now locked, thank goodness, but they are opened occasionally for the pilot to use the restroom or fetch some food.

Again, I ask, it is worth it? And I have to answer, yes. If I was an airline. The truth is in the numbers.

2 Comments On "COLUMN: How Much Money Do Airlines Make by Squeezing in Extra Seats? And Is It Worth the Discomfort of Their Passengers?"