Don’t Disrespect the Local Culture (Like These Guys Did)

When traveling (and even at home), it should be common sense that you should not disrespect local cultures, customs and landmarks, especially places of worship. And I think it should go without saying that if you do, you shouldn’t share disrespectful photos on social media…especially if you plan on ever going back to that country. But maybe a reminder is needed. Here’s what happened to two Americans in Bangkok, according to an article that appeared on Yahoo:

“Two American tourists have been held for ‘inappropriate behaviour’ after sharing photos of them baring their buttocks at a famous Bangkok temple, Thai police said Wednesday, as the ruling junta cracks down on insults to Buddhism. The pair, Joseph and Travis Dasilva, both 38, uploaded pictures on November 24 of their bared backsides at Wat Arun (The Temple of Dawn) to Instagram. They were detained as they were about to leave Thailand, Colonel Cherngron Rimpadee, an Immigration Police spokesman said, adding they were on a ‘watch list’ after their social media posts caught authorities’ attention.”

Authorities are now seeking to prosecute the two men according to the Computer Crime Act for uploading pornographic pictures. According to the Yahoo article, “the act carries up to five years jail per charge and is routinely slapped on political dissidents or people deemed to have insulted Thailand’s monarchy.” Here’s more on the story (and the pic) from the San Diego Union-Tribune.

Have your own tip? Email it to whitney@johnnyjet.com!
Want to see more tips? Click here for all 1,083! 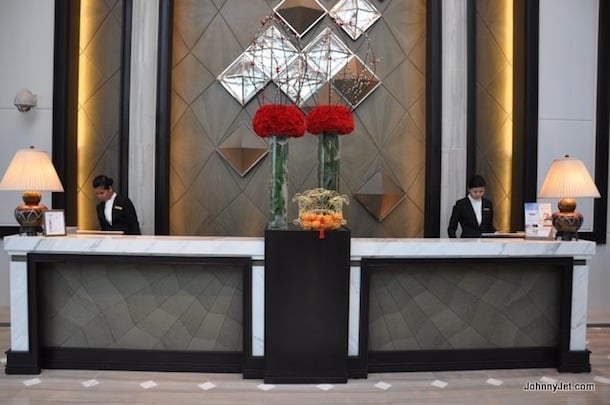 Travel Tip of the Day: Time Your Hotel Stays Wisely

Time Your Hotel Stays Wisely A good trick to save money: When going to popular business cities (like Toronto), try and stay in business-oriented hotels over the weekend. They’re usually…