Europe’s Passenger Bill of Rights: Do you know YOUR rights? 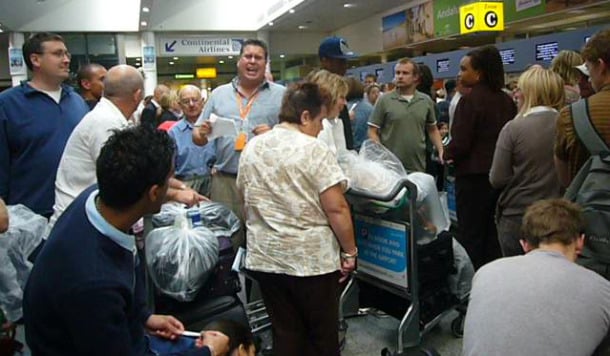 In recent years—thanks partly to the widespread adoption of pocket technologies, social media networks and a shrinking global community—passengers have gained stronger voices and sharper swords with which to defend themselves in cases of travel injustice. In Europe, Regulation 261/2004 (colloquially known as the Passenger Bill of Rights) took effect on February 18, 2005. It repealed Regulation (EEC) 295/91 and outlines a host of things that airline passengers traveling in Europe are entitled to in the event of long delays, flight cancellations or other distressing situations.

According to flightstats.com, the last 30 days saw 11,439 flight cancellations and 127,660 delays in the EU alone. Also, ongoing labor disputes at some of the region’s largest carriers have created an unpredictable environment for travelers, so knowing your rights is more important than ever.

Does Regulation 261/2004 apply to me?
If your flight is departing an airport in an EU member state or is destined for a member state and operated by an airline located within a member state, this bill applies to you…as long as your ticket is not a free or discounted ticket that isn’t available to the general public.

*Interesting fact: Regulation 261/2004 does not apply to flights departing Gibraltar International Airport for some reason that I have not been able to figure out. It may have something to do with the fact that its runway is intersected by a busy road.

My flight is cancelled or delayed. What am I entitled to?
This is a bit complex.

If your flight is cancelled, you’re always entitled to a refund of your original ticket price within seven days of flight cancellation. If you still want to make your journey, the airline can try to re-route you. You might also be entitled to some compensation and special assistance.

Let’s start with situations where you are NOT entitled to compensation or special assistance.

If your carrier notifies you of a cancellation two or more weeks prior to your departure date, or if the cancellation is caused by unforeseen and uncontrollable circumstances (i.e. catastrophic weather, geological disaster or labor action), the airline does not need to compensate you. They do, however, need to refund your original ticket price within seven days and outline alternative transport options.

Outside of the situations above, you should be able to get some cash to compensate you for the hassle of a cancelled flight. The compensation is based on your flight “type”:

If your new, post-cancellation/delayed flight plan involves a long waiting period, the airline should provide hotel accommodations and “refreshments” in line with the waiting time unless the serving of said refreshments would somehow delay the flight further. They should also provide you access to email, fax and telephones, unless doing so would delay the flight further.

If your whole trip is kaput because the airline is just unable to re-route you in an acceptable period of time, you should be re-paid the cost of unused plane tickets and the cost of any used tickets for travel rendered pointless by the flight cancellation. Where applicable, the airline should also pay for your safe and hasty return to your original point of departure.

There are about a gazillion other small clauses, inclusions and exceptions in this regulation. It’s tricky.

3 Comments On "Europe’s Passenger Bill of Rights: Do you know YOUR rights?"