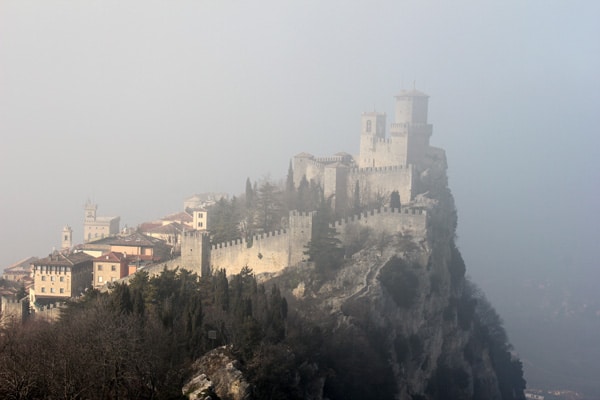 Tim and I set out to discover a picturesque castle perched high on a cliff, tales of pirates, and the legend of a monk in hiding. The castle is that of the Republic of San Marino and the legends led to the establishment of the world’s oldest republic.

The Republic of San Marino is the third smallest country in Europe (after the Holy See and Monaco) and according to legend, was founded in 301 AD. As the legend goes, a Christian stonemason named Marinus the Dalmatian, later venerated as Saint Marinus, emigrated in 257 AD from the Dalmatian island of Rab when the emperor Diocletian issued a decree calling for the reconstruction of the city walls of Rimini which had been destroyed by Liburnian pirates. Finding persecution of his Christian beliefs, Marinus hid on the peak of Mount Titano high above Rimini (the highest of San Marino’s seven hills) and founded a small community following Christian beliefs.

That small community blossomed and today there is a lot to discover all packed in to an area about the size of Manhattan.

The highlight of a visit to San Marino is trekking to each of the three towers that dominate the three peaks of Mount Titano. These three towers are the symbol of San Marino and are represented on both the country’s flag and coat of arms. The towers are so celebrated that San Marino even has a cake known as La Torta Di Tre Monti (Cake of the Three Mountains/Towers), as a symbol for the area!

Guaita Rocca, or simply The First Tower, is the oldest and the most famous. The tower dates back to the 11th century and was a watch post and shelter for the early inhabitants of Mount Titano. It later served as a state prison until as recent as 1970. 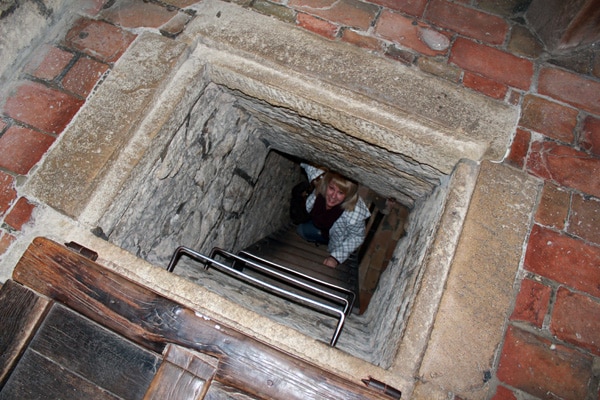 To reach the lookout platform of the tower, you’ll ascend a later literally made of some steel bars up through a wooden trap door. It’s a bit of a tight squeeze. So ladies, hand over your bags to your travel companion while you climb and leave those skirts packed for another day!

The Second Tower, or Cesta, is on the highest peak of Mount Titano and houses the Museum of Ancient Arms with over 500 sidearms, spears and lances, firearms, bows and arrows, crossbows and coats of armour, all dating back to various periods from the Middle Age.

The Third Tower, called Montale, is the smallest of the three yet defensively, was the most important. Montale played a strategic role: it has the best position for a look-out post. Unlike the other two towers, it is not open to the public.

Buy the combined ticket at the first tower for €4.50 to vist both Guaita Rocca and Cesta Castle.

There are more than ten museums in the tiny old town with an eclectic variety to suit any palette from the Museum of Ancient Arms in the Second Tower to the Gallery of Modern and Contemporary Art. Perhaps the angry looking gargoyle entices you to visit the Vampire Museum or the Museum of Torture Instruments intrigues you!

We visited the Museum of Curious Objects which houses three floors of peculiarities from around the globe. There we saw a statue of Robert Wadlow, the world’s tallest man at 9 feet 11.1 inches, 60cm high wooden clogs to wear during the Aqua Alta in Venice, the world’s heaviest baby born at 23 pounds, and a crab weighing in at 41 lbs that you’d think was straight out of a horror film!

Museum of Curious Objects:  €7 per person.

San Marino is the birthplace of the piadina , an Italian flatbread made with white flour, water and salt. There is no shortage of piadineries selling these delightful flatbreads. I recommend stopping at the little bar outside of the First Tower. I had a piadina with sausage and a soft white cheese typical of area and my husband had a piadina with sausage and sweet peppers. I’ve had piadina many times in Italy before, and these were hands down the best I’ve ever had! Steaming, we could tell they were freshly made and paired perfectly with Brugneto, a classic San Marino red wine made from only the best grapes.

The Republic of San Marino boasts tax free shopping and there hundreds of tiny shops selling everything from wine and liquor, samurai swords and guns, leather goods and furs, to perfumes. Tim and I collect glass Christmas ornaments from the various places we travel and we found a wonderful little shop selling hand painted ornaments with the coat of arms and three towers on them. There are also two candle makers in the old town where you can find unique souvenirs; I picked up a candle shaped like a Bialetti coffee pot for a friend who loves her Bialetti! We also went home with two bottles of San Marino wine for just €8.

Getting to San Marino

There are several options to get to San Marino.  By air, fly from within Europe to Frederico Fellini International Airport in Rimini, Italy. There are a number of budget European carriers that serve this airport and it is located just 23 kilometers from San Marino. Buses depart the airport for the Rimini Railway Station every 30 minutes; at the railway station, transfer to the San Marino Citta’ bus. The journey from the Rimini Railway Station to San Marino takes 45 minutes and costs €4 each way.

Taxis will also take you from the airport to San Marino for approximately €50 each way.

It’s also possible to rent a car at Frederico Fellini International Airport for around €40 per day.

We barely scratched the surface of things to see and do in this beautiful little country. We hope to visit again in the summer when we can also take advantage of the long stretches of sandy beach in Rimini. 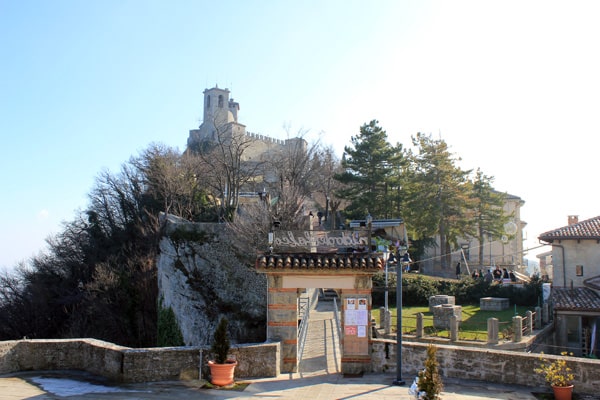 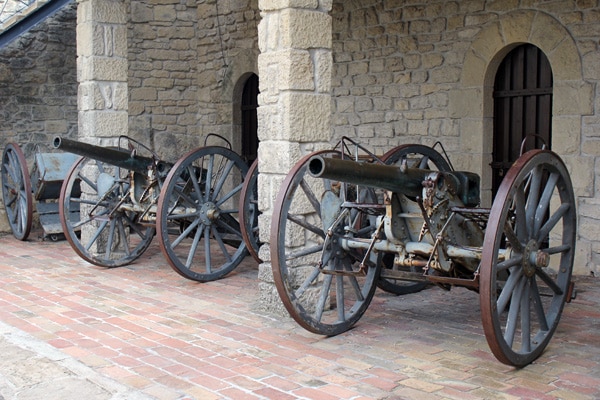 Cannons at the Guaita Rocca Tower 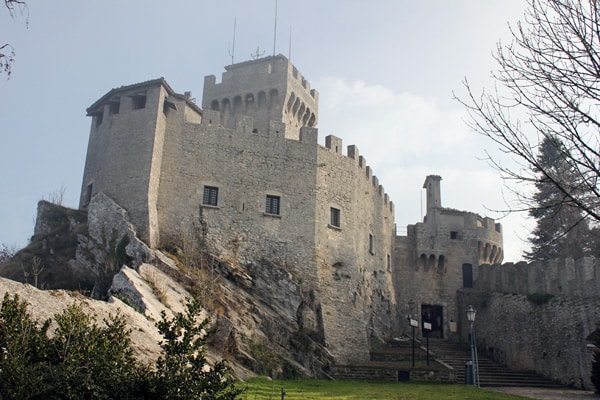 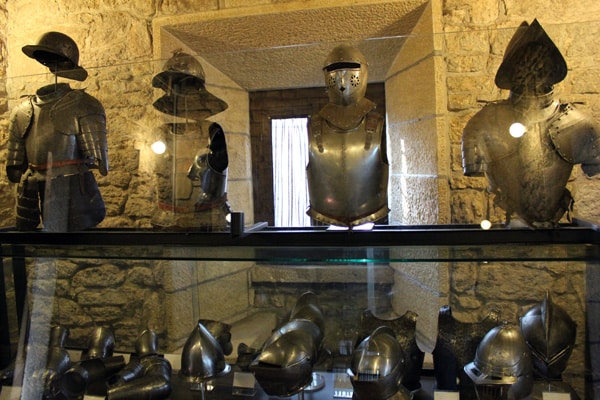 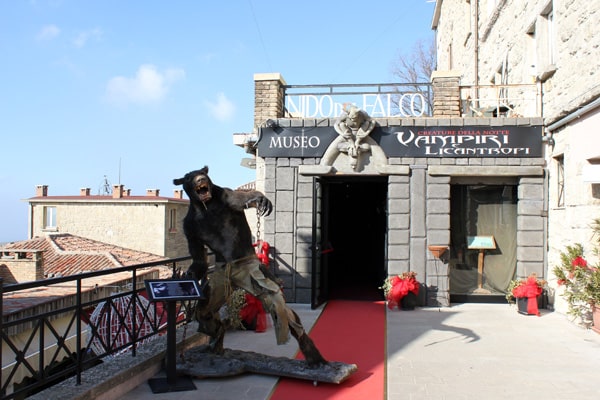 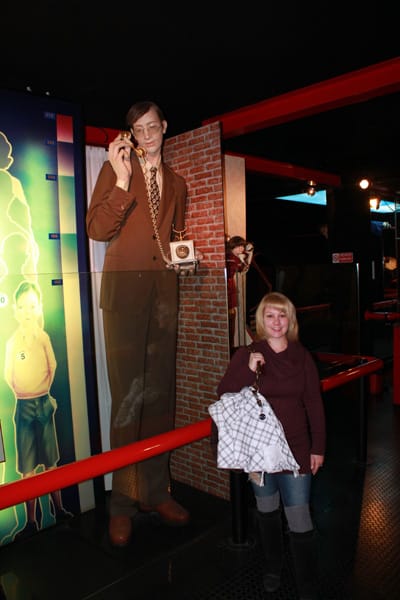 World's Tallest Man at the Museum of Curious Objects 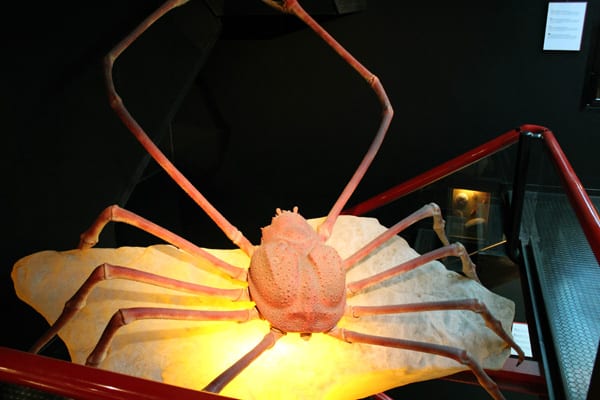 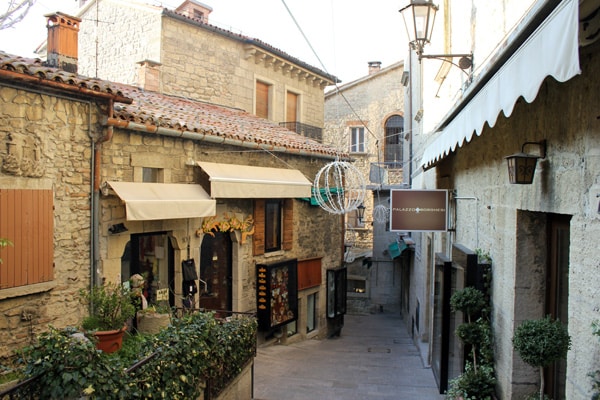 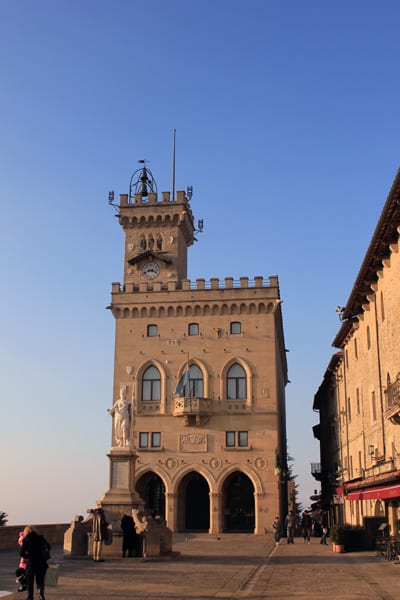 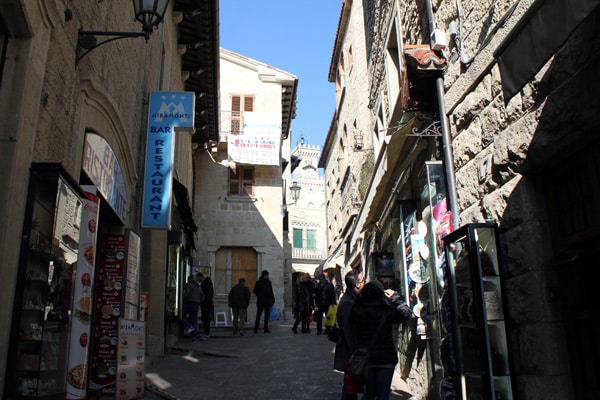 About The Author
Jennifer Dombrowski is a training specialist and social media strategist in the field of higher education. Based in Italy with her husband, Tim, they have a passion for travel and love discovering the world. Follow her on twitter @jdomb.