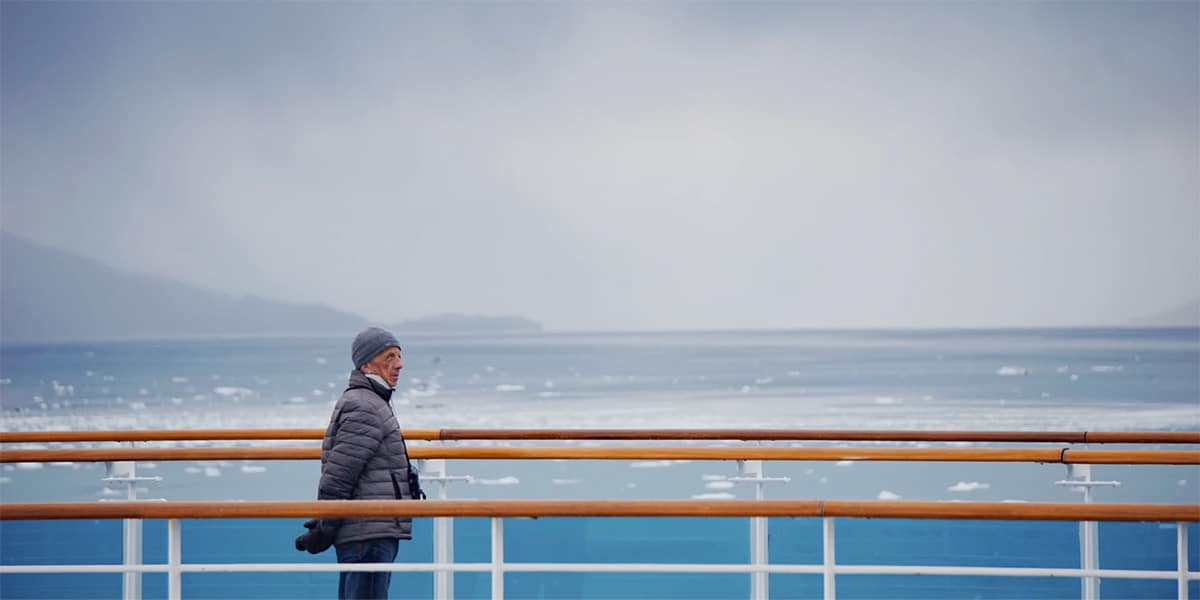 In one tweet, Omar Alghabra, Canadian Member of Parliament for Mississauga Centre and Minister of Transport, put a kibosh on cruising in the Pacific Northwest and Alaska this summer.

“Today, I announced a 1-year ban on pleasure craft in Canadian Arctic waters and cruise vessels in all Canadian waters, these prohibitions will protect the most vulnerable among our communities and avoid overwhelming our health care systems.”

Today, I announced a 1-year ban on pleasure craft in Canadian Arctic waters and cruise vessels in all Canadian waters, these prohibitions will protect the most vulnerable among our communities and avoid overwhelming our health care systems.
➡️ https://t.co/lwSs4s98uJ

Government of Canada announces one-year ban for pleasure craft and cruise vessels
His full statement can be found here but here are the quick facts:

-The temporary measures for pleasure craft and cruise ships, were scheduled to end on February 28, 2021.

-In Canada’s Arctic waters, these restrictions do not apply to craft used by local communities for essential transportation, subsistence fishing, harvesting and hunting.

-Those who do not comply with the passenger vessel prohibition could be liable on summary conviction to a fine of up to $1 million or to imprisonment for a term of up to 18 months, or to both.

-There is no national ban for smaller cruise ships certified to carry 100 or fewer people. They must follow provincial, territorial, local and regional health authority protocols for timelines and processes around their operations.

Alaska Public: Canada bans cruise ships for a year, taking another Southeast Alaska tourism season off the table
Canada will ban on cruise ships in Canadian waters until February of 2022, the government announced on Thursday. This order effectively shuts down Alaska’s 2021 cruise season. U.S. maritime law says foreign-flagged cruise ships need to stop in Canada between U.S ports. That’s why large cruise lines like Holland America, Norwegian Cruise Line and Royal Caribbean stop in British Columbia before they begin their trips in Alaska. So when the Canadian government prohibited cruise ship travel to its ports last year, it effectively ended cruise tourism in Alaska too. That cruise ship ban has now been extended until February of 2022.

Anchorage Daily News: Canada bans cruise ships for another year, likely halting most of Alaska’s 2021 tourism season
Canada has extended its ban on cruise ships through February 2022, an act that is likely to block large cruise ships from visiting Alaska this year, just as it did in 2020.

Cruise Industry News: Alaska Cruise Season Cancelled as Canadian Government Bans Cruise Ships for 2021
The Canadian Government on Thursday issued a new order which will prohibit cruise vessels in all Canadian waters until February 28, 2022. The ruling effectively kills the Alaska cruise season for foreign-flagged ships as well as other cruise seasons in the Great Lakes and Canada/New England for ships under foreign flag. Only a handful of smaller ships fly a U.S. flag and don’t need to visit a foreign port (Canada) to satisfy the U.S. Jones Act.

CruiseCritic: What Happens To 2021 Alaska Cruise Tourism After Canadian Ban? Lines Weigh Land Trips, Small Ships Might Go
For the second year in a row, there will be little-to-no Alaska cruise season in 2021 as Transport Canada bans almost all cruise activities in Canadian waters until February 28, 2022. Although Transport Canada has no governance over Alaska, it does control Canadian territorial waters. This immediately puts an end to cruises sailing from, or calling on, any ports in Canadian waters, including the popular turnaround port of Vancouver and the picturesque day-stop in Victoria.

USA Today: Canada bans cruise ships into 2022 as COVID-19 pandemic continues
Canada once again extended its ban on cruises – pushing back the possibility for large passenger vessels to sail in Canadian waters by an additional year after shutting them out last year amid the coronavirus pandemic. No cruise ships will be able to sail in Canada until March 1, 2022.

TPG: Alaska cruise season could be over before it begins as Canada bans ships for all of 2021
In a blow to the cruise industry’s efforts to restart operations, the Canadian government on Thursday banned cruise ships from its waters for the rest of the year, citing the ongoing coronavirus pandemic. The midday announcement, which was made by the country’s Minister of Transport, could effectively end this year’s Alaska cruise season before it even begins and also could stop sailings to New England that include calls in the Canadian Maritimes. The ban also effectively closes the Canadian Arctic to boat-related tourism until 2022.

Bloomberg: Canada Says No Cruises Until 2022, Shutting Down Alaska Trips
Canada is extending its ban on cruise ships through February 2022 because of Covid-19, effectively shutting down popular summer trips to Alaska for another year. The prohibition will allow authorities to focus on the rollout of the coronavirus vaccine and limit the spread of new variants, the government said in a statement Thursday.

TravelMole: Alaska cruise season sunk as Canada extends cruise ban for a year
Canada extended its cruise ship ban for an entire year, which has effectively killed off this year’s Alaska cruising season. It has also put an end to popular New England and Canada sailings. Minister of Transport, Omar Alghabra, announced the extension of Canada’s current no sail order through February 2022.

After, I tweeted the story yesterday, I had an interesting question from a follower:

“Are you thinking there is any way for Congress and Immigration folks to grant waiver of the Jones Act / PVSA, to allow no foreign stop on the Alaska cruises? It was farce often anyways with brief Victoria stop for compliance.” @CollierSwecker

I was wondering the same thing so I asked a couple of cruise experts and this is what they had to say:

“There’s no way of knowing for sure. I suspect that will be the next step. Expect it to be very, very challenging to waive the PVSA. Even if you do that, you still have to contend with the CDC and its Framework for Conditional Sailing that, so far, has failed to produce tangible results for the industry.” ~ Aaron Saunders, @DeckChairBlog

“Not worth the effort to gain exemption to US Passenger Vessel Services Act. CDC has made Alaska 2021 impossible. Think of the billions of dollars in lost tourism and jobs Alaska will have suffered after 2 years of no #cruise ships.” ~ Stewart Chiron, @CruiseGuy

So it’s terrible news for the cruise and tourism industries in Alaska and the Pacific Northwest as well as for foreign-flagged ships in the Great Lakes and Canada/New England. But with COVID-19 still flaring out of control, it’s not that surprising. I just wish they’d delayed it and waited a few months to see if vaccine distribution ramped up and cases diminished considerably.