Thanks to reader Joe for sending me this Reddit video of a female passenger sitting on the aisle washing her skimpy underwear mid-flight in a plastic drink cup and then lift it up to the overhead air vent to dry it. Questionable passenger behavior seems to be pretty standard these days but this is something else. And I thought I’d seen it all … RELATED: The One Thing Some Women Do on Airplanes That Drives Me Nuts – And I Can’t Believe It’s Not Illegal 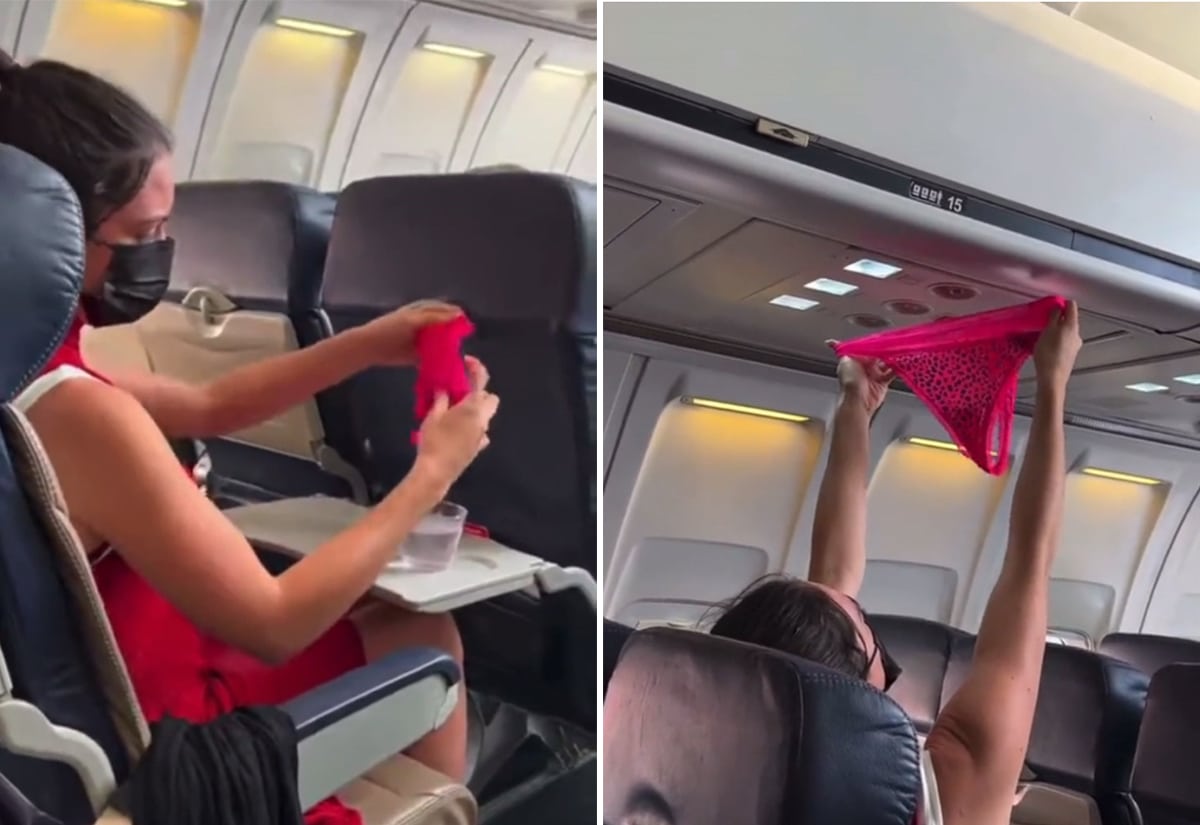 It’s not clear which airline or route this took place on but multiple commenters think it’s fake. I’m not so sure. I believe it may have happened because believe it or not, this is not the first time a passenger has washed their clothes or even their underwear on a flight … and it most likely won’t be the last.

If you thought this was a one-off incident, you would be wrong! Below is a video of another woman drying her underwear using the overhead air vent.

I’ve never seen anyone do laundry in-flight but if that’s what we’re doing now, I should have washed my wife’s shirt after my then two-year-old threw up all over her mid-flight. I just happened to be snapping photos out the window and I somehow caught the action mid-air and Natalie’s horrified look. Here’s that photo and story.

I’ve seen many terrible things on flights from women cutting and painting their toenails (not allowed) to a guy, who couldn’t wait to use the bathroom, ask the flight attendant for a plastic bag and pee in it next to the door. That just happened in November and he had some sort of health problems so the flight attendants gave him a pass but I could hear them all talking about the fact that they’d never had that happen before on a flight.

Perhaps the craziest thing I’ve ever seen on a flight was when a woman on my Cathay Pacific flight between Hong Kong and Bangkok started flossing her teeth. With her HAIR. Yep. RELATED: 10 Terrible, Horrible, No Good, Very Bad Airplane Habits

What’s the worst thing you’ve ever seen a passenger do in-flight?

4 Comments On "VIDEO: Passenger Does Laundry Mid-Flight at Her Seat - What's the Craziest Thing You've Seen?"