Football Hall of Fame Series Knocks on the Door 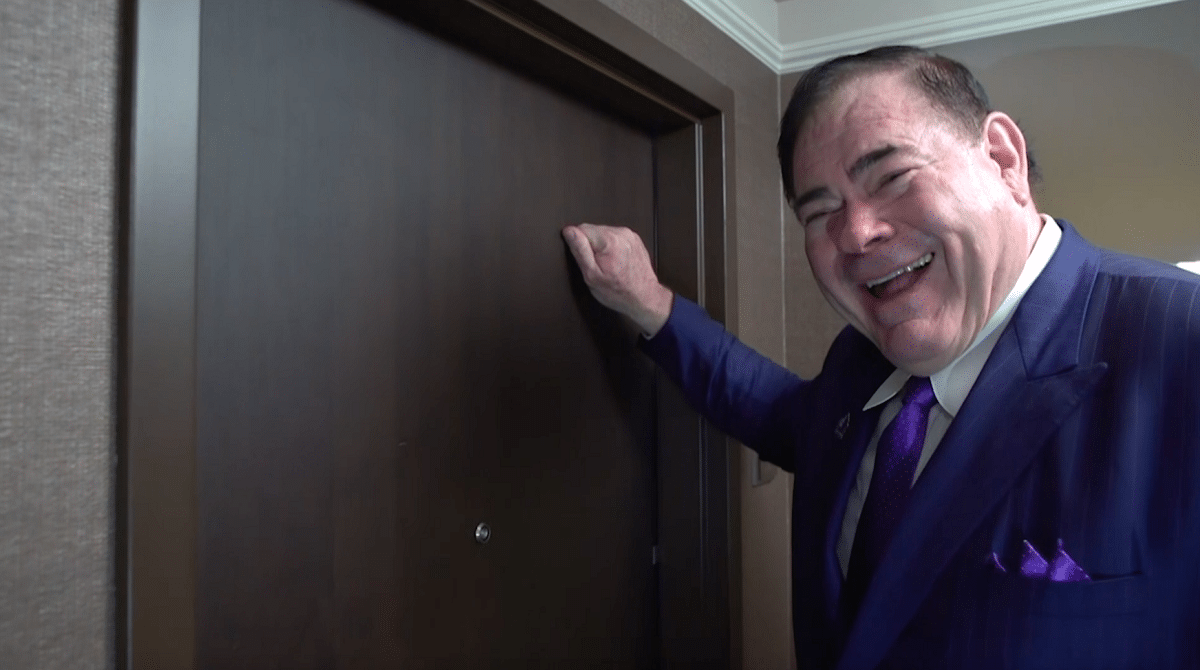 My favorite sport is baseball but a close second is football. I grew up in southern Connecticut, just outside one of the world’s greatest sports cities, New York. Because we didn’t have satellite or on-demand TV when I was a kid, I’m an all-New York sports fans and luckily, I chose the right teams. Because back then in New York, you were pretty much either a Yankees/Giants/Knicks/Rangers fan or a Jets/Mets/Islanders/Nets fan. I chose the former and my sports life has been blessed unlike some of my friends, who have been tortured most years.

With two little kids running around the house who have no interest whatsoever in watching sports with me (believe me, I’ve tried), I don’t get to watch as much football as I would like since most games are on in the middle of the day.

The other day, I was scrolling on Twitter when I came across a retweet of the Pro Football Hall of Fame, featuring a video series they’ve created entitled Knocks on the Door. I watched one and then got sucked into watching several. Most of the videos are six minutes long and were uploaded this past week. What surprised me is that they don’t have a lot of views (makes me feel a lot better about my own YouTube channel … ha!) Speaking of which, please feel free to subscribe to my channel, where I share tips and interviews with travelers and people around the world.

The first time I ever saw a ‘knock on the door’ and learned who David Baker was (the president of the Pro Football Hall of Fame), was when he surprised former Dallas Cowboys coach Jimmy Johnson on the set of FOX Sports last year. It doesn’t matter if you’re a football fan or not … this and a few of the other videos will bring you to tears because they’re so touching and compelling.


Here’s the backstory of the videos including Peyton’s.

“The 48 Selectors would vote virtually Jan. 19 – three weeks ahead of the standard Super Bowl Saturday vote in Tampa. Knowing this, the early vote for the Class of 2021 would trigger speculation about how and where David Baker would travel to knock the doors of the new class. This became a great opportunity to top last’s year live walk-ons with CBS and Fox, by working with our NFL Network partner to figure out how to surprise the new Class with “Knocks on the Door.”

In December, the Hall’s staff began work on many scenarios from the list of 15 Finalists, carefully cultivating information from them, their friends and family. Enter NFL Network, which came aboard to figure out a way to record the knocks in a tight time frame, keep it secret and reveal the knocks and the new Class during the “NFL Honors” show at 9 p.m. Feb. 6.

The knocks were to begin Jan, 22, with all eight done within a five-day window to limit the exposure risk that a “leak” would occur. Audacious and ambitious to say the least.”

The first was when they surprised Peyton Manning in Denver by pretending he was doing a commercial on the field, though Peyton wasn’t that surprised since everyone knew he would make it.

But I really enjoyed the others:


Bill Nunn (Zoom with his daughter)


All of the others.

The production of these videos is great and so is the host/president David Baker, except it kind of bugs me that he always takes off his mask when he greets the honoree, which seems to defeat the purpose of wearing one in the first place.
Update: A rep from The Pro Football Hall of Fame reached out to me with the following: “On your last point, please know that David and the entire production team making those visits were following strict NFL protocols regarding COVID. That included daily testing (sometimes 2x/day) before, during and after the trips. Every test for every person returned “negative” throughout the process. So while it looked awkward for the mask on/mask off, it did not put anyone at risk and was in keeping with NFL guidelines.”

This is great to hear! I’m excited to see this year’s ceremony and next year’s Knocks on the Door!