This past week, I spent most of my time in downtown L.A. at the JW Marriott Los Angeles L.A. LIVE attending and speaking at the Australian Tourism Summit. It’s the 10 year anniversary for the program, which showcases Australian capabilities throughout the United States.

Usually, at a 1,200-person function, the food is not very good but somehow celebrity chef Curtis Stone pulled off a stunner with an Australian-inspired menu. Check out the menu below in the photo gallery.

Here are some of the highlights of the week:

My wife and I spent three nights at the JW Marriott Los Angeles L.A. LIVE. It’s a very comfortable, clean, efficient hotel  in the heart of downtown and is just walking distance to a ton of restaurants. There’s free Wi-Fi in the lobby, otherwise it’s $12.95 in the room and it allows you to connect up to six devices.

I was there to speak on a panel with Julia Cosgrove, Editor-in-Chief of AFAR Media and Stone Roberts, a producer from the Travel Channel. Our panel topic was How to Make the Most of the Media, which was moderated by the talented Peter Bates.

I didn’t get to attend all the seminars but I did manage to listen to other speakers including Henry Harteveldt and Porter Gale – I almost spit my water out when I saw my mug shot in her presentation when she spoke about influencers in the travel category. I was honored. Later, I also learned that she included me in her first book Your Network Is Your Net Worth (coming out in June 2013). How awesome is that?

There were lots of old friends in attendance at the event and I made lots of new ones, too!

I met Paul Hogan or ‘Hoges’ as the Aussies call him. Paul’s Crocodile Dundee and the old Australian commercials he did began my fascination with Australia.

My table was next to Buzz Aldrin’s and seeing him salute the U.S. flag during our national anthem gave me goosebumps. He’s a living legend.

This has nothing to do with G’Day USA but also this week,  Natalie and I attended The People’s Choice Awards. It took place at the Nokia Theatre, which is directly across from the JW Marriott LA Live. A friend gave us last-minute tickets and not only did we get to attend, but we got to walk the red carpet, too (well, sort of). Can you spot Waldo?

As you can see, it’s been an incredible past few days and I can’t wait to go back down to Australia. By the way, here are my latest videos of Australia, which we shot all over the country last October:

Cruise on the Mary River in Northern Territory 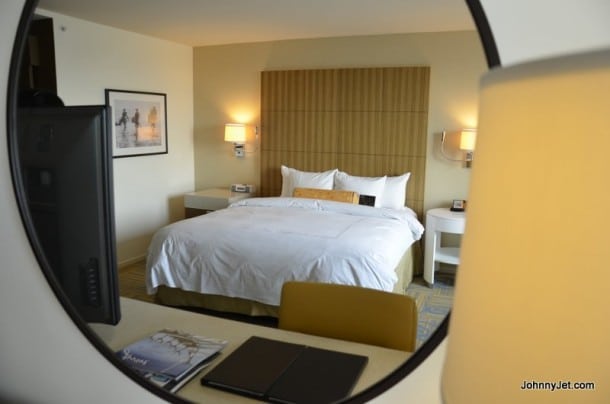 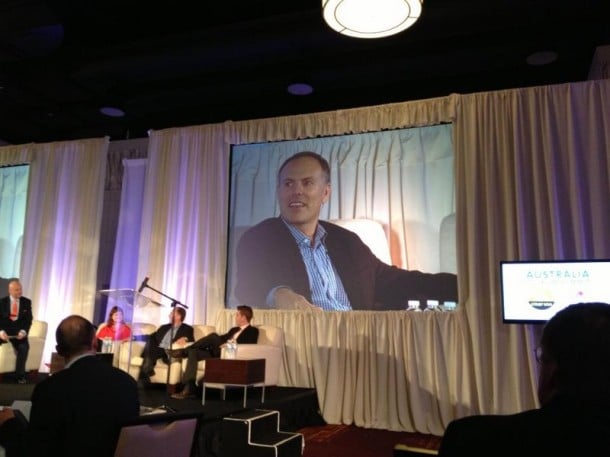 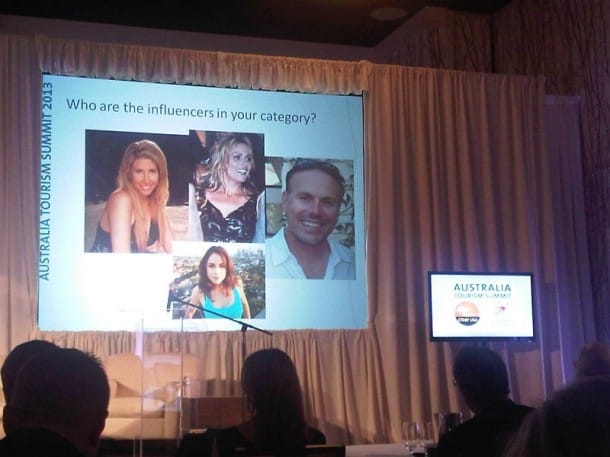 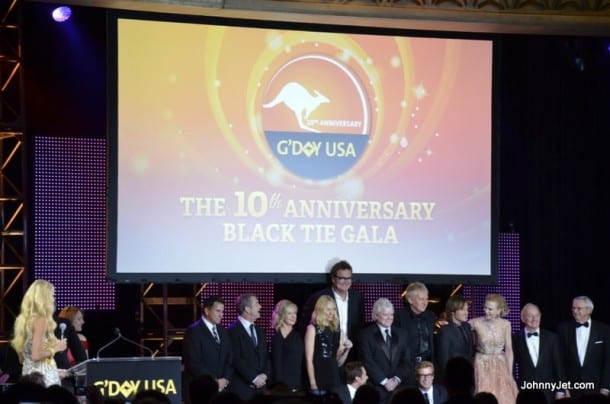 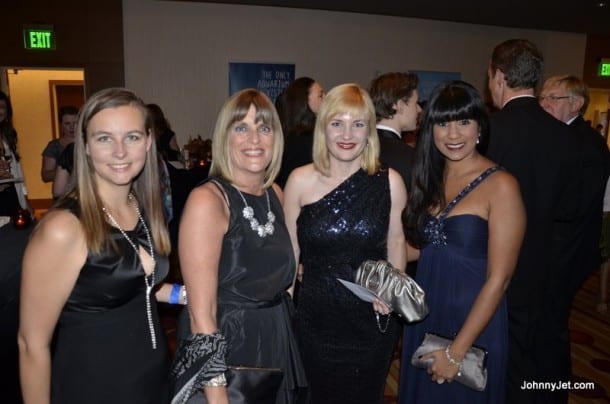 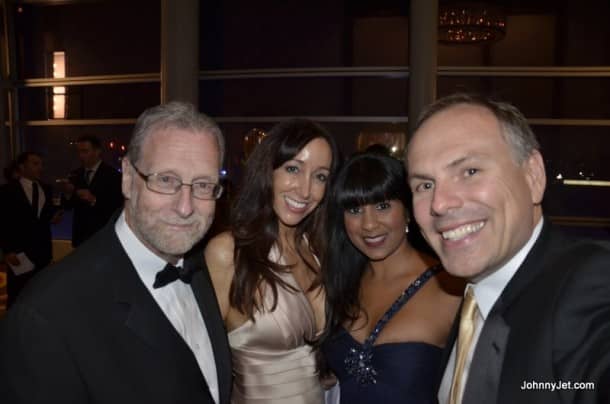 Peter Greenberg is in the house 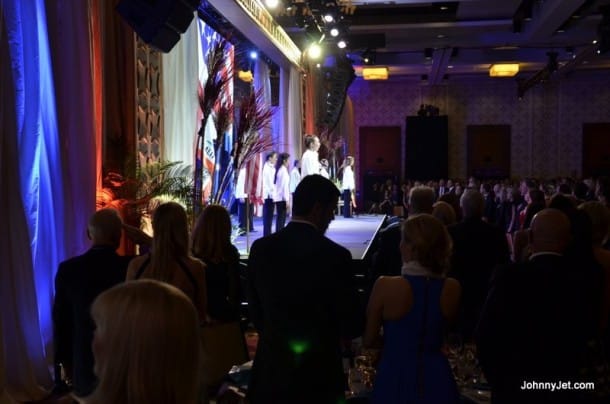 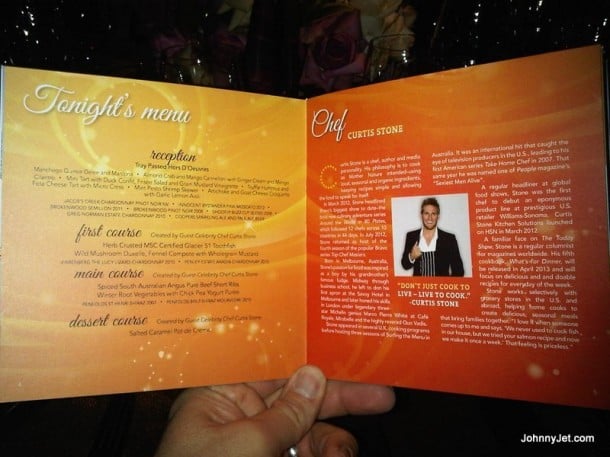 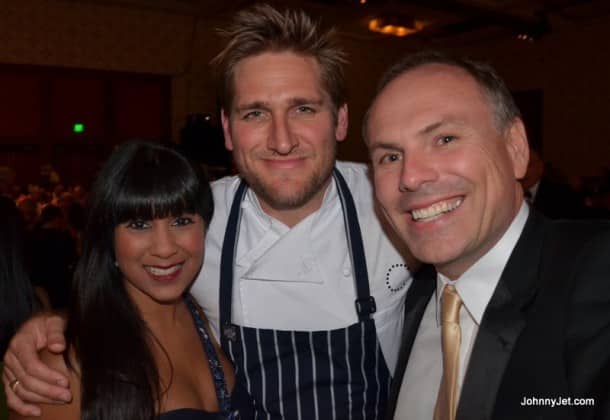 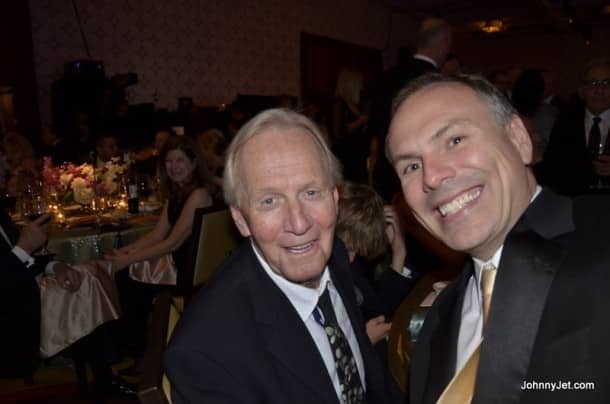 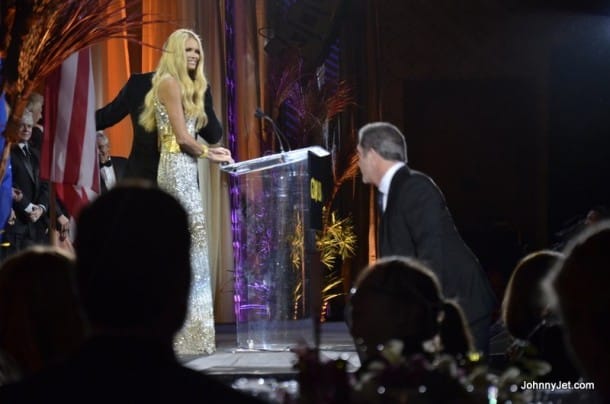 Mel Gibson getting up on stage 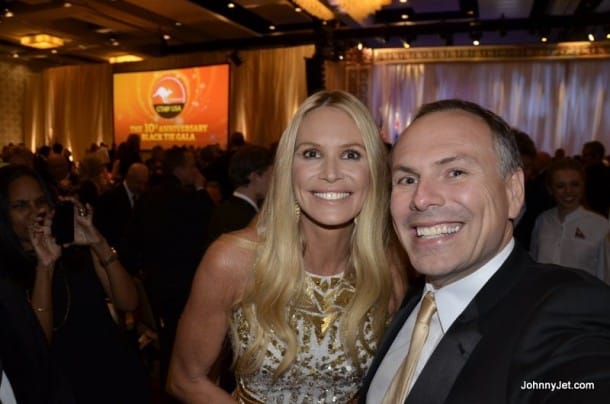 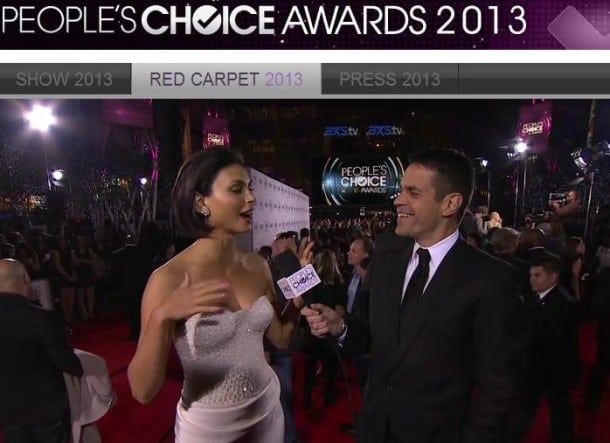 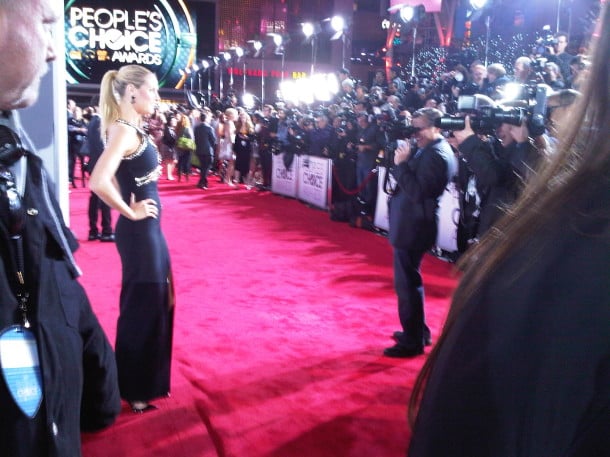