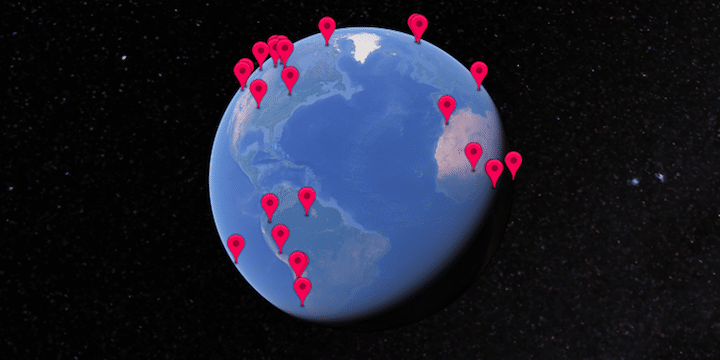 I’m pretty sure that all world travelers, and all people interested in knowing the world, will love Celebrating Indigenous Languages, a new project from Google Earth. Users can scroll the globe or follow the prompts to hear 55 languages spoken by small and/or shrinking communities. (Many are included in UNESCO’s Interactive Atlas of the World’s Languages in Danger.) Words and rhythms have been captured by native speakers of each of the 55 languages. Google also supplies a bit of background context with each.

To use it, simply open the Celebrating Indigenous Languages page (it works best in Chrome). “Then,” says Lonely Planet, you can “click on one of the locations on the world map to listen to native speakers offer traditional greetings, sing songs or say common words and phrases in their language.”

It’s pretty cool, to say the least, especially as the U.N. has named 2019 the “International Year of Indigenous Languages.” Hats off to Google and its partners for putting this together.

So why focus on indigenous languages?

According to the project homepage, “A shared language is one of the most important connections among groups of people. Not only does it create a sense of kinship, but it promotes a shared worldview through unique vocabulary and traditional sayings and songs. Yet many of the world’s 7,000 languages are in danger of disappearing; according to the United Nations 2,680 Indigenous languages are at risk.

“Indigenous communities around the globe are working to preserve and revitalize their languages by teaching them to future generations and sharing them with non-Indigenous speakers. Here we’ve collaborated with 55 Indigenous language speakers to share traditional greetings, favorite sayings and meaningful songs. Click on the button below or double-click any of the placemarks to listen and learn from these Indigenous voices.”

To get to Los Angeles International Airport (LAX) from my house costs at least $50 roundtrip by taxi. When I only go away for a few nights or less I…