Move over Qantas…there’s a new sheriff in town. And they’re taking over the title of world’s longest non-stop flight!

When Singapore Airlines ended its non-stop flights from the US (LAX and EWR) to Singapore in 2013, Qantas assumed the role of airline offering the world’s longest non-stop flight. The Singapore-to-Newark route covered a distance of 9,520 miles, and the flight time was 18 hours and 20 minutes. The Los Angeles-to-Singapore route had a distance of 8,760 miles, but because of headwinds, that flight was the longest in duration. When those ended, Qantas’ route between Brisbane and Dallas became the world’s longest at 8,300 miles.

However: Today, the Dubai-based airline Emirates announced that it will be offering non-stop service to Panama City from Dubai. The flight will be 8,590 miles (13,821 kilometers), and flight time will be 17 hours and 35 minutes. Emirates will use a Boeing 777-200LR. Service begins in February, 2016 and there will be 266 seats in three classes per flight.

According to Emirates Chairman Sheikh Ahmed bin Saeed Al Maktoum in Bloomberg News: “Panama will serve as a gateway for onward business and tourist travel to cities across Central America, the Caribbean and northern South America, as well as providing capacity for imported electronics, machined products and drugs.” 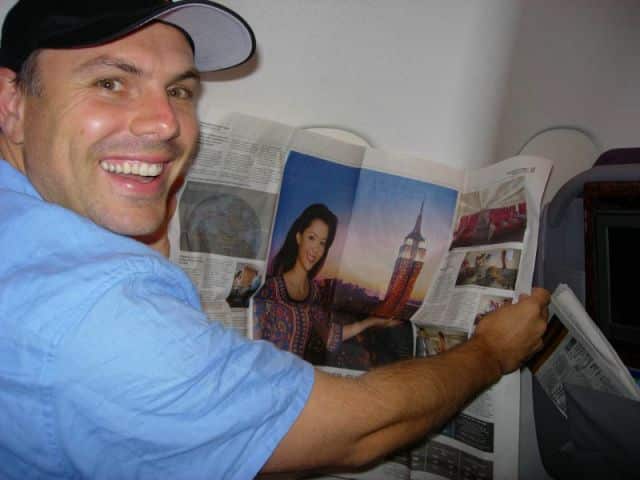 Although I don’t plan on taking the Dubai-Panama City flight, I was on the inaugural Singapore-to-Newark flight back on June 24, 2004. I’m not a fan of super-long flights but that one will always hold a special place in my heart. As I used to be afraid to fly, conquering the world’s longest flight was a huge milestone in my life.

2 Comments On "Guess Who’s Taking Over the Title of World’s Longest Non-Stop Flight?"