How American Airlines Treats Our Military 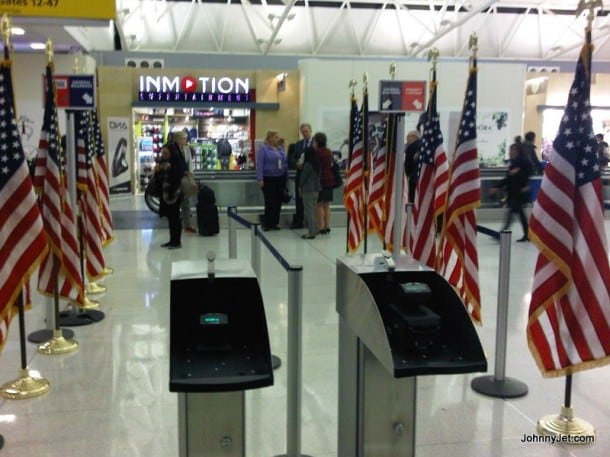 I’ve written about how great American Airlines are with the military (here’s that story), but after what I witnessed on my flight yesterday they went above and beyond. I’ve been told by an American Airlines gate agent that they will upgrade uniformed soldiers if there’s space available, but there’s rarely space. That’s why premium travelers should consider giving their premium seats to a soldier. They will let uniformed soldiers board early with the elite frequent fliers, and they will buy them food in economy. That alone is pretty awesome.

But today I when I went to the gate to see if my upgrade cleared (it didn’t) I saw the captain come out and introduce himself to a passenger standing next to me at the counter. I thought he might’ve been a celebrity the way the pilot was speaking to him. After all, it was LAX and we were about to board a flight to New York (I’ve seen countless of celebs on this route).

Turns out the passenger was Andy Henning. According to this article he was one of 13 Vietnam Veteran Purple Heart recipients selected by the Veterans of Foreign Wars Kahle Fund for an all-expenses paid trip to Vietnam and he was just returning home.

I only know this because after we took off the captain got on the PA and acknowledged him which turned into a huge round of applause. Then when we landed the flight attendants requested everyone stay in their seats because some personnel were going to board the plane. I thought it was going to be paramedics or police officers like there usually is when they make that kind of announcement. But not on this occasion.

The New York gate agent got on the horn and said pretty much what the captain did when we took off. I was stuck in the window seat so I couldn’t see but I could hear everyone applaud. Then when I stepped into the gate area I was shocked to see rows of American flags (pictured above) — Talk about rock star treatment.

While walking through baggage claim (no, I didn’t check a bag) I wanted to thank Andy for his service but he was mobbed by family, friends and fellow servicemen, so I just snapped this photo and went on my merry way.

Anyway, I thought I should share this story since it’s not something you see every day, and members of our military, especially the Vietnam Vets, are under appreciated.

Great job, American! I hope all airlines do the same.

RELATED: Giving Your Upgrade To A Soldier

19 Comments On "How American Airlines Treats Our Military"