How HotelTonight Saved Me Money in NYC 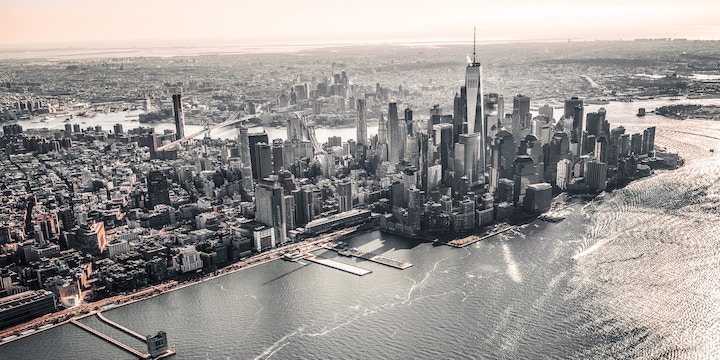 My wife, son and I were recently in Barbados attending the Society of American Travel Writers (SATW) conference in late September (Natalie was one of the event’s featured speakers). We left a day early because I had another travel conference to attend, this time the Skift Global Forum in New York City.

If you’re in the travel biz, you know that late September in New York City is arguably the hardest time of year to get a hotel in the city. Business travelers are back after summer vacation, Fashion Week is taking place, and—the biggest culprit of them all—the U.N. General Assembly is in session. The city is invaded by world leaders, diplomats, and their staff and security details. Not only is a good portion of the city crippled by traffic, street closures and motorcades, but hotels are also ridiculously expensive.

Skift had generously negotiated a conference rate at a hotel near the conference site, but that sold out almost instantly. So I reached out to some PR friends to see if they could help. When all I got back were sorrys (“So sorry, we’re all sold out!”), it was official: I was going to have to wade into the crazy, compressed world of NYC hotels in September. Our backup plan was to go to my brother’s house in nearby Connecticut and take the train to and from the city, but neither of us wanted to do that.

And so I whipped out my phone and opened old faithful: HotelTonight. HotelTonight has been around since 2010, and pretty much since then it’s been the best resource for last-minute, discounted hotel accommodations throughout the Americas, Europe and Australia. Not too long ago, it expanded its offering by starting to sell hotel rooms in advance, which means users no longer have to wait until the day of their stays to book a room at a great rate. 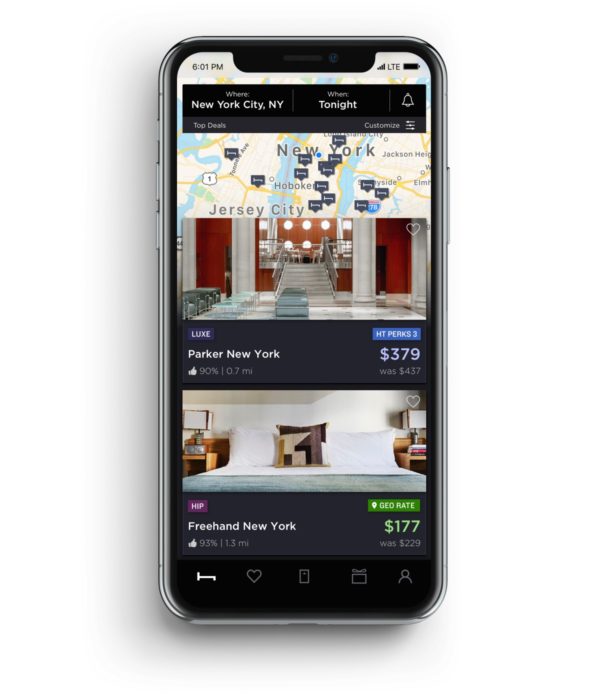 What I personally love about HotelTonight—besides the amazing low rates—is that if you have an account set up (it only takes a couple of minutes), you can book a hotel room with just a few taps. I’ve used it many times, including in New York City, and I’ve always been pleased with its offering.

So when I opened the app this time, I was relieved but not surprised to see a three-night stay at the Best Western Plus Hospitality House listed for a reasonable amount: more than usual, but excellent for that busy time period. The app warned me that six other people were looking at the same hotel at that very moment, but not thinking much of that (I assumed it was a sales trick), I decided to keep shopping around. I pulled out my laptop and started pricing out rates on a few sites, and there was nothing remotely close to what HotelTonight was offering. So back to the HotelTonight app I went, but when I tried to book the room…yup, it was gone.

Of course, I kicked myself for waiting. I told my wife that it was possible that we would be going to Connecticut instead of New York City, which bummed her out because she loves New York City and it was her birthday weekend. Some husband, eh?

But all hope was not lost! HotelTonight’s strength is last-minute deals, which become available right up to the very last moment, for example via the Daily Drop function (you’re offered one rate that’s an additional 30% or more off the discounted HotelTonight room rate every day, and you get 15 minutes to book it). I kept checking the app, monitoring it for changes in rate, waiting for another deal like what I’d seen before, all the way through our arrival in NYC for the first day of the conference. During one of the conference sessions, I pulled up HotelTonight once again to check for new inventory. This time, sure enough…I found the same great deal at the Best Western Plus Hospitality House (BW) again!

I wasn’t looking for the BW specifically (I was just looking for a good deal), but I’d stayed at the hotel before. It’s perfect for families since there’s so much space. The hotel only has 33 rooms that are all 800+ square feet with a full kitchen, living room, bathroom, and bedroom, and it’s in a great location (49th Street between Third and Lexington Avenues). Accommodations are basic, but you can’t beat the price for the amount of space you get in that part of the city—and it comes with a free breakfast. (But not all Best Western Plus hotels are as good or big as this one.)

I slept on the pullout couch, while Natalie and Jack slept in the bedroom. I was not a fan of the hotel’s bulky pillows and there was construction going on in the lot nextdoor, but it worked out well. (Good to know: If you don’t want to be disturbed, put the “Do Not Disturb” sign on the door. When the maids came around to clean, they knocked on the door so loudly that I thought they were NYPD. My first reaction was to run and hide.)

As fate would have it, while attending the Skift Global Forum, I ran into the CEO of HotelTonight. I told him about my great experience using his app and asked him a couple of questions. He told me that the number of people looking at the room is always accurate, and that the app doesn’t play tricks. Also, he said, the reason another BW room became available is that hotels sometimes just load more inventory to HotelTonight after they sell out their initial offering. If they have more rooms to sell, they simply release more—especially at the last-minute.

That mad sense to me, and I’ll keep it in mind the next time I use HotelTonight. I’m just glad that I was smart enough to keep checking HotelTonight this time and save our NYC trip. If I hadn’t, I’d probably have had to write this from Connecticut.