Want to be guaranteed an open seat next to you on your next American Airlines flight? There’s a way you can do it without buying two seats when you’re flying on a 737-800MCE aircraft. All you need to do is book a seat in rows 16 or 17, which are located directly behind the exit rows. See this SeatGuru.com seat map.

How is that possible, you ask? Some economics geek must have figured out that American could save some money if they took away four seats. I know that doesn’t make any sense but the 737-800MCE is outfitted with 154 seats, which means the airline is required to have four flight attendants. The FAA states: “For airplanes having a seating capacity of more than 100passengers—two flight attendants plus one additional flight attendant for each unit (or part of a unit) of 50 passenger seats above a seating capacity of 100 passengers.”

That means by physically disabling four seats (they removed the seatbelts and installed plastic consoles in the middle seats) they could legally have three flight attendants work instead of four.

You would think a flight attendant’s salary wouldn’t come close to four paying tickets but since flight loads average 82.8% and not 100% there are usually some empty seats (before they get filled with non-rev passengers).

So there you have it! The airlines figured out another way to make money and eight savvy passengers can use it to their advantage to get more space at no extra cost. 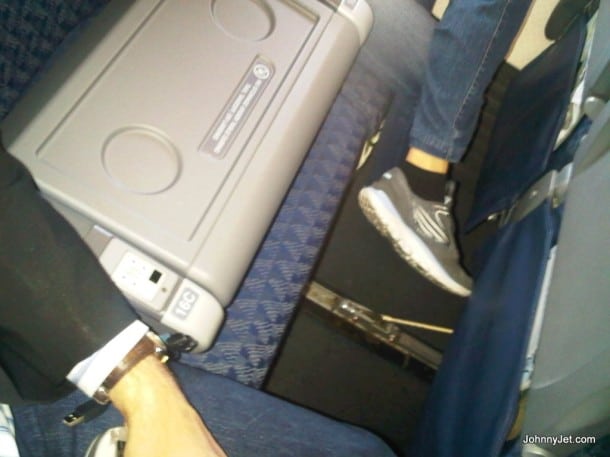