How to Handle an Emergency Landing 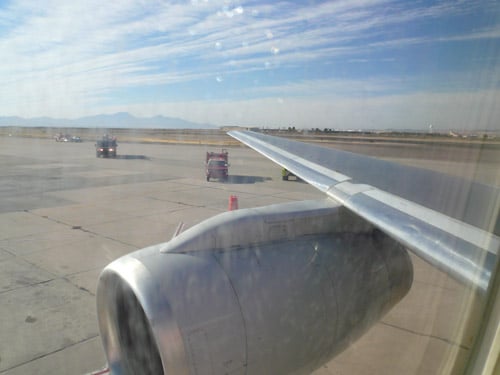 This is a guest post written by Joe Szopa.

On December 23rd, I was on flight 731 from Seattle to Anchorage when we had to make an emergency landing in Juneau due to a mechanical malfunction. My dad has always taught me to think ahead when entering a space, whether it’s a room, a stadium, or an airplane.  Sometimes, I mentally note my position in relation to exits in case of an emergency, in case anything comes up.  This subtle mental practice of situational awareness has been very useful in a number of situations throughout my life where I’ve needed to make quick decisions, and most of these involved travel scenarios.  In the case of Flight 731, emergency flight situations tend to rattle the nerves and create anxiety for the passengers aboard.  Here are some measures you can take to mentally prepare yourself if you are ever in this situation.

Joe Szopa is a producer and editor for The Dan Patrick Show and The Nick and Artie Show on DIRECTV, a blogger for LiveMusicBlog.com, and a freelance producer of branded web videos.  His work can be seen on NBC Sports Network, The Audience Network, MTV Africa, TechCrunch, and Gizmodo.