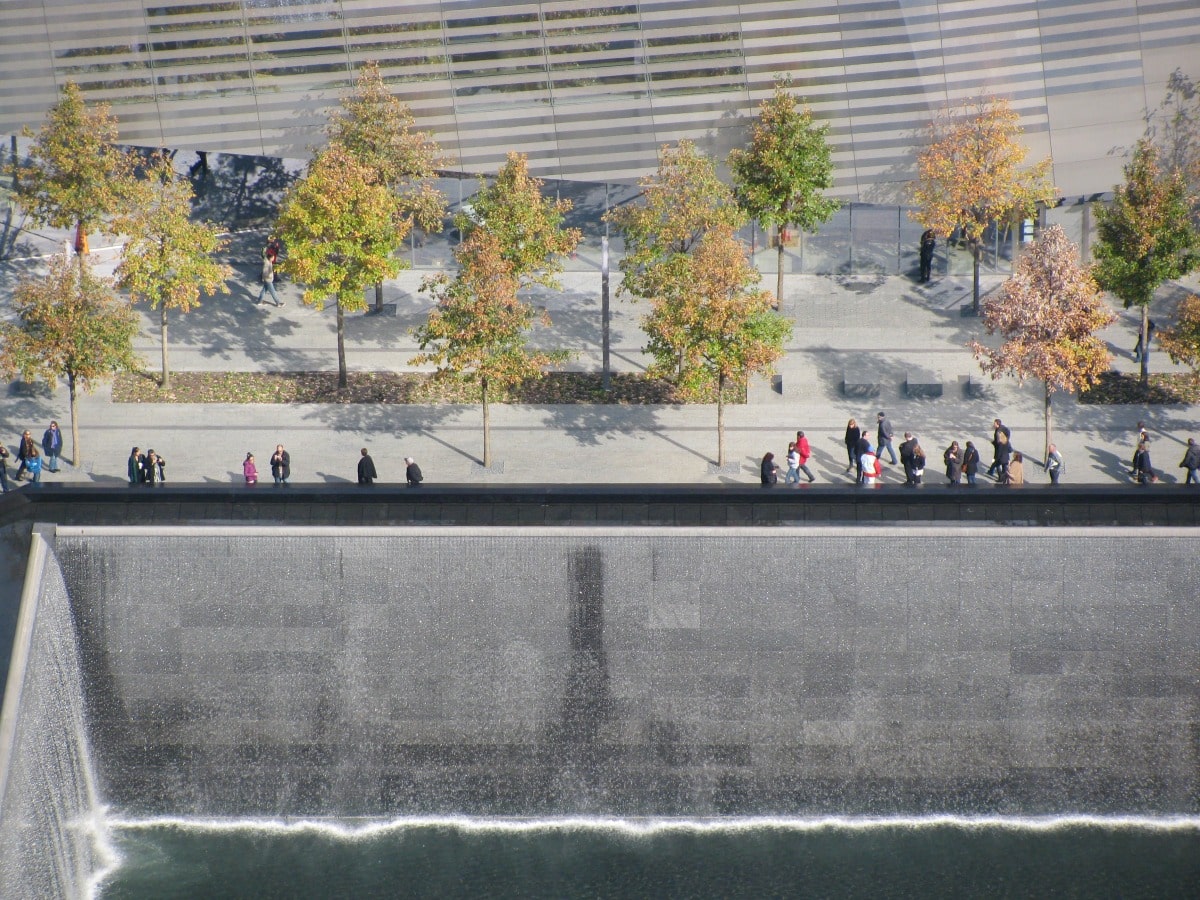 It’s hard to believe that 21 years ago today, the world was turned upside down. According to the 9/11 Memorial & Museum: “Nineteen terrorists from al-Qaeda hijacked four commercial airplanes, deliberately crashing two of the planes into the upper floors of the North and South Towers of the World Trade Center complex and a third plane into the Pentagon in Arlington, Virginia. The Twin Towers ultimately collapsed because of the damage sustained from the impacts and the resulting fires. After learning about the other attacks, passengers on the fourth hijacked plane, Flight 93, fought back, and the plane was crashed into an empty field in western Pennsylvania about 20 minutes by air from Washington, D.C. The attacks killed 2,977 people from 93 nations: 2,753 people were killed in New York; 184 people were killed at the Pentagon; and 40 people were killed on Flight 93.”

I was in New York City on that beautiful late summer day and like many, I will never forget where I was or any of the details. I wrote this post on my experience. Below are tweets on how the U.S. airlines are remembering this day. I’m also including some emotional tweets from the Mayor of New York City, the NYPD and more.

Today and always, we remember those we lost. pic.twitter.com/gcQDi3Yu3m

In the weeks after Sept. 11, we received an outpouring of letters expressing heartfelt condolences to our organization and the team members we lost. This touching tribute is on display at our CR Smith Museum in Fort Worth, Texas. Twenty one years later, we still remember. ❤ pic.twitter.com/PGcdNyTtpd

Together, we will always remember. pic.twitter.com/s3l5WkaLQ2

It was a normal New York City morning. And then everything changed in an instant.

We’d been knocked down, but we got back up. We showed the world the resilience of our city.

Today we remember those we lost and honor that spirit of courage. #NeverForget pic.twitter.com/fanPbEYFI2

On September 11th we honor the memory of all the brave men & women who lost their lives that tragic day. The #NYPD lost 23 heroes, 14 of which were from ESU. We continue to lose 1st responders each year from illnesses related to their rescue efforts. #NeverForget #911Anniversary pic.twitter.com/oPWWlcaBio

Surprisingly, Delta Air Lines hasn’t posted anything yet (as of 11am ET) but my buddy, Brett Snyder of CrankyFlier.com has posted all the names of the flight crews that lost their lives on 9/11, which is worth taking the time to read and remember.