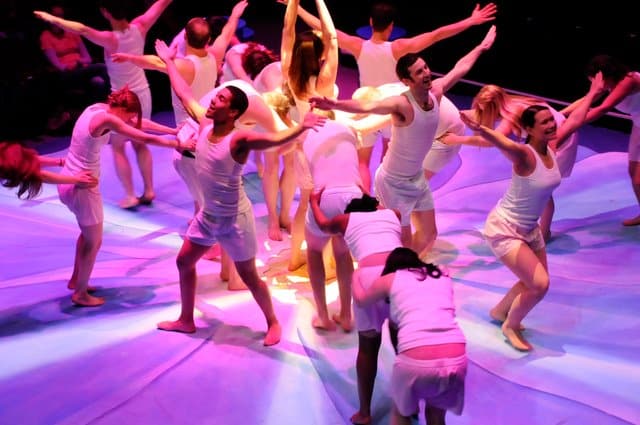 Mention the name Louisville and most people think Kentucky Derby, bourbon, and mint juleps. But throw out the word to a theater groupie and chances are you’ll hear the phrase Humana Festival in rebound.

“One critic called the Humana Festival ‘the Sundance of the theater world,'” said artistic director Marc Masterson, a reference to the prestigious film festival held annually in Utah.

Usually scheduled for six weeks from March through mid-April, the Humana got its start in 1976 by Jon Jory, son of actor Victor Jory, and takes its name from Louisville-based, health care giant, the Humana Foundation.

“The Humana is a huge influence in the American theater world because it gets such a large number of visitors from the regional theater community across the nation,” said Helen-Jean Arthur, a New York City-based actress who starred in this year’s production of Wild Blessings, an adaptation of the writings of native Kentucky son, Wendell Berry. (She might also have mentioned that over 30 foreign countries are represented in the audience every year).

“It’s mind-boggling how the festival staff is able to stage such a sizable number of plays in close proximity to each other, change the sets for each performance and do such an excellent job overall,” added Arthur.

Like a cross-section of American society, the repertoire at the Humana is usually diverse in style and subject matter, and the range of new works includes everything from comedies and thought-provoking dramas to musicals, one-act plays, and occasionally farce and performance art.

“Over a weekend, visitors can see from three to eight plays, take in free events like our welcome reception, gala, and panel discussions and still have time left to see some of the other attractions in town,” said Sarah Peters, group sales manager. “The Humana volunteers even provide complimentary shuttle service to and from downtown hotels, which give festival patrons sizable room discounts.”

Over the years, the Humana has produced more than 400 plays by more than 200 playwrights, and over 350 plays have gone on to become part of the repertoire of American and international theaters. Three plays staged at the festival – D. L. Coburn’s The Gin Game, Beth Henley’s Crimes of the Heart, and Donald Margulies’ Dinner with Friends – have won the Pulitzer Prize, and one estimate pegs the number of Americans to have seen subsequent productions of Humana plays that have gone on to other theaters at 90 million.

“To stage each festival, we have a great literary staff who, along with myself, read 700 to 900 scripts each year, each of which must not have been produced elsewhere,” said Masterson. “From these we select the 125 best, and our artistic staff reads five of these a week to determine which plays will make the final cut.”

The festival is produced on three different stages, each of which have entirely different configurations and seating capacities but which are conveniently located adjacent to one another and together comprise the Tony-Award winning Actors Theatre of Louisville.

Theater buffs James and Cheryl Marple of Collegeville, Pa., who hold season subscriptions to two Philadelphia area theaters, have been to almost every Humana Festival since they first discovered it in 1993. 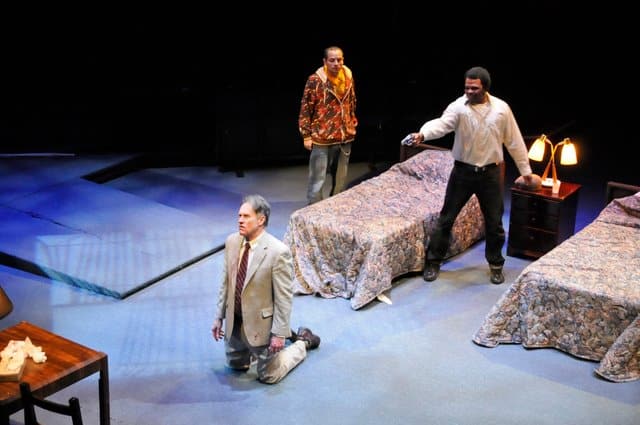 “We like the fact that the Humana plays have never been done before and that you can see up to eight new works on a single weekend,” said Mrs. Marple. “We also love Louisville, especially at the time of year the Humana is held, and still find time to take in other attractions in the area like Mammoth Caves, which we toured this year.”

If you’d enjoy rubbing elbows with some of America’s top echelon critics, actors, and producers at cocktail parties, panel discussions, talks, and receptions in addition to gorging on new works by some of the nation’s best playwrights in the 2010 Humana Festival, pencil the dates February 21 to April 3 into your appointment book.

A VIEW OF THE HUMANA FROM A PLAYWRIGHT’S PERSPECTIVE
Playwright Allison Moore has been writing for theater ever since she was a freshman at Southern Methodist University and has completed nine full-length plays and several short ones as well. Out of her six submissions to the Humana, two have been accepted for production.

In 2005, her play Hazard County went on from the Humana to seven or eight other productions in theaters in Dallas, Atlanta, Los Angeles, and Birmingham. This year’s Humana production of her dark comedy Slasherhas already been slated for staging at four regional theaters with potential for even more.

“There’s nothing else in American theater like the Humana,” she said. “Many times, new play festivals are simply staged readings of plays. The Humana, however, makes an extraordinary effort to stage full productions in front of theater reps from all over the country and gives the playwrights a level of visibility they just can’t get elsewhere.”

21C MUSEUM HOTEL: CHIC AND OUT OF THE ORDINARY
If you plan on going to next year’s Humana Festival and want to stay someplace comfortable, upscale and unique, try Louisville’s 21C Museum Hotel.

Walk into the 91-room, boutique hotel’s lobby and you might not head directly to the reception desk. Instead, you could be waylaid, like I was, by a video installation projected on the floor that screens a young couple sleeping in a bed.

You come to expect the unusual and stimulating at 21C, short for 21st Century, the brainchild of art aficionados, Steve Wilson and his wife, Laura Lee Brown, granddaughter of the founder of the Brown Forman alcohol empire, which includes brands like Korbel Champagne, Jack Daniels, Southern Comfort, Fetzer wines and Finlandia Vodka.

Really a series of five interconnected, late-19th century buildings, each of which is on the National Register of Historic Places, 21C sports its original exposed brickwork and timber trusses, but its most striking feature is its display of contemporary artwork by living artists, both emerging and established.

The hotel actually has its own museum director, William Morrow, who oversees the permanent collection as well as special exhibitions that change roughly every six months, which, in the words of hotel manager, Clare Evans, “constantly gives us a new look.”

Founder/owners Wilson and Brown, pick the artworks to be displayed from all over the globe, and it’s Morrows’ job to make them work within the confines of the hotel. Of course, you expect to find art in the lobby, public areas and 9,000-square-foot exhibition space, but they also make their way into hallways and guest rooms.

One particular piece has become the hotel’s organic icon. In their travels, the founders discovered a four-foot tall, red penguin at the Cracking Art Group in Italy and liked it so much they commissioned 40 more. The polyethylene birds can now be found scattered around the hotel, both inside and out, including the hallways just outside the guest rooms.

“People come to hotels wanting to have an experience, and we certainly offer them that and more,” said Evans. “Here, at 21C, art invades every nook and cranny.”

My own introductory art experience continued just in front of the elevators, where a huge TV screen covers one entire wall on which patrons get to see themselves via a hard-to-find camera. 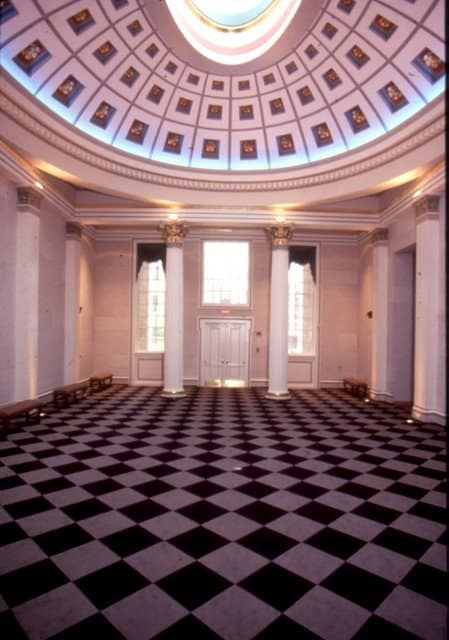 Later, just off the lobby, I discovered an anteroom in which a scale model of the Titanic was circled by a small motorized camera that moved along an undulating track and created images that made the ship look like it was being tossed by the waves of a massive storm. One floor down, a poetry reading was underway in a room that also displayed a photography exhibit.

“In addition to the art, we also have an active program of lectures, film, and musical performances,” said Evans.

As a quality place to spend the night, 21C offers a slew of high-end amenities starting with award-winning design and decor, 42-inch flat-screen plasma TVs, and silver-plated mint julep mugs in the rooms, 500-thread count Egyptian cotton sheets on the beds and nightly turndown and concierge services. It’s enough to earn the hotel a place on the Conde Nast Hotel Gold List.

The excellence continues in the hotel’s fine dining restaurant, Proof on Main, which Esquire listed as one of the nation’s “Best New Restaurants” in 2006. At Proof, chef Michael Paley features local and artisanal ingredients in his Tuscan-inflected New American cuisine.

21C’s founders own a 1,000-acre bison farm nearby and all of the animals are naturally raised. Understandably, Proof’s bison burger is a popular favorite, but I went for the bison carpaccio appetizer, a thinly sliced plate of rare bison served with a poached egg and pine nuts.

While the wine list has won the Wine Spectator’s Award of Excellence three years in a row, the specialty cocktail list is worth a look with drinks like the in-house concocted Woodland Cider — a mix of Old Forester bourbon, apple cider, ginger and star anise.

The bar stocks 55 brands of bourbon, including a 23-year old Poppy Van Winkle’s Family Reserve that goes for $40 a shot. Patrons can also sample flights of old bourbons of their choosing, including some 10- and 12-year-olds.

Art also makes its way into Proof. A quick look around turned up a video on the wall of a Marcel Marceau-like mime eating a bowl of soup, zebra heads on the walls with zippers down their necks, and a series of unusual thoroughbred paintings by Elena Dorfman. After a couple flights of bourbon, who knows what else might turn up? 21C Museum Hotel, 700 West Main Street, Louisville, Kentucky, 40202, Tel: 877-217-6400.

IF YOU’RE GOING
For more information on the Actors Theatre of Louisville and the 34th Annual Humana Festival, phone 502-584-1205 or visit the website atActorsTheatre.org.

For information on other Louisville attractions, phone 888-568-4784 or visit the website at GoToLouisville.com. 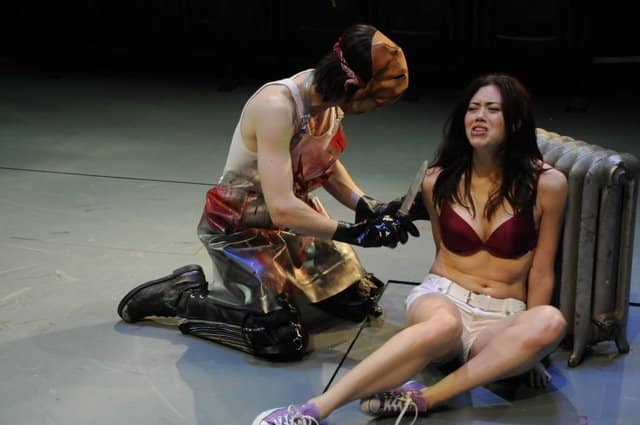 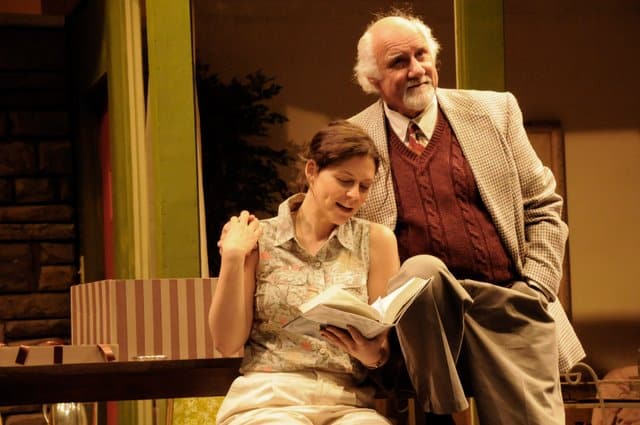 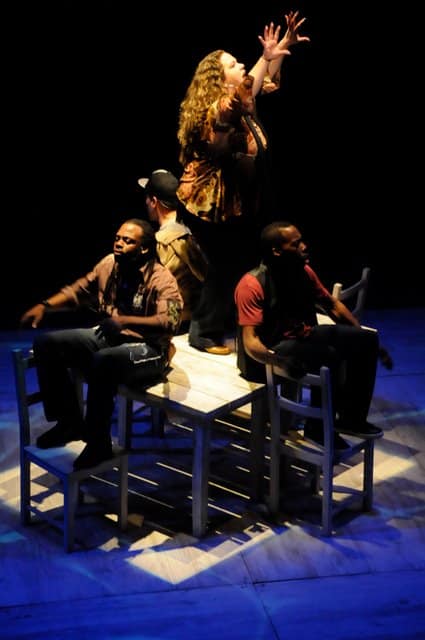 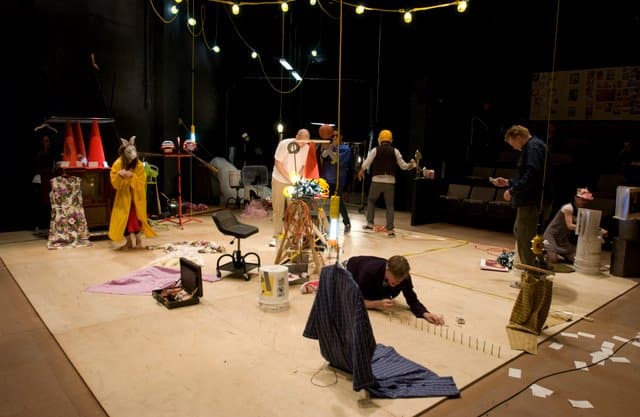 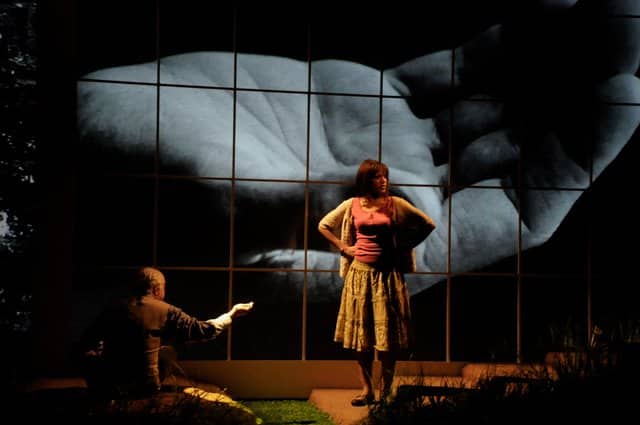 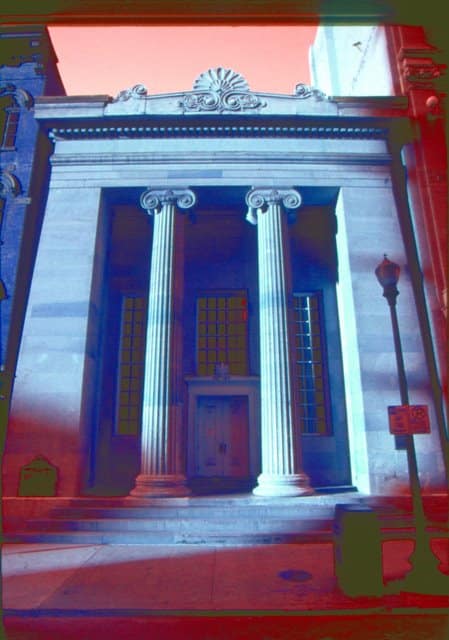 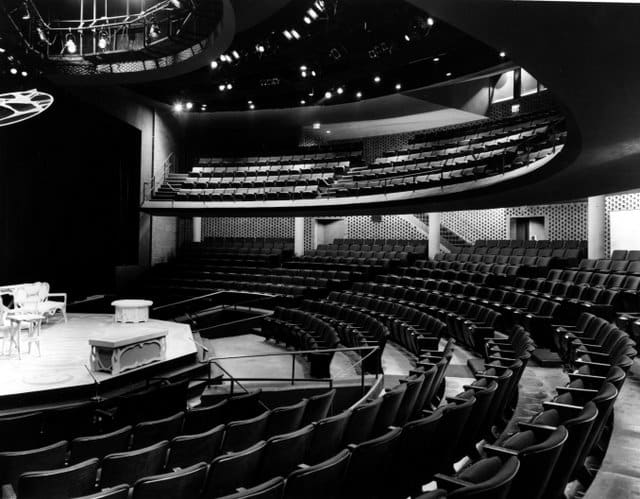