“I Was Irritated, Tired, High and Pissed Off”: Mike Tyson Addresses JetBlue Incident 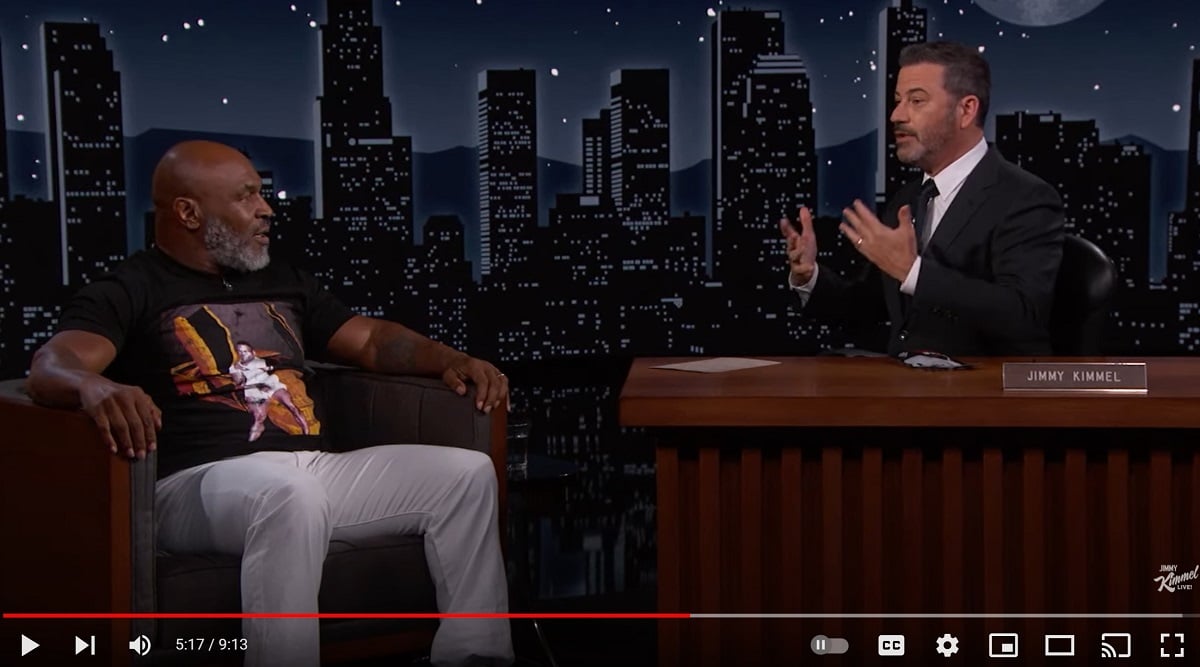 Do you remember back in April when Mike Tyson made worldwide headlines for being an unruly passenger? To refresh your memory, the incident took place on a JetBlue plane that was flying between San Francisco and Fort Lauderdale. Reportedly, an annoying passenger sitting behind Mike in JetBlue’s Mint (first class) wouldn’t stop bugging the champ and finally, Tyson couldn’t take it anymore. You can see the video below (fast forward to 35 seconds for the beat down).

Well, last night, Tyson was on my cousin Jimmy Kimmel’s Show (yep, I’m pretty sure we’re related as our grandmothers are from the same very small island, same town and have the same last name) talking about the incident (fast forward to 5:56) in the video below.

Jimmy said there was a very annoying guy on a flight with you and Mike said, “Which guy, which flight, plane?” Mike first joked, “That’s not me,” but then said: “Hey listen, I’m usually good at these things.” And then said, “I was wrong, that should’ve never happened. That’s me back in my primitive child stages, I shouldn’t have done that, but I was just irritated, tired, high, and pissed off. Sh*t happens!”

I don’t know if Mike was high during the interview because then he started singing: “I don’t wanna hurt nobody!”