This is the first in a three-part series about Cynthia Cunniff’s tour through Portugal and Southern Spain with Insight Vacations. Check out the second story, on Évora, Portugal, here. Cynthia, on Insight Vacations:

“My trip through Iberia can planned on your own, but I highly advise looking into Insight Vacations if you want to take the biggest, most robust bite out of Portugal and Southern Spain you can in limited vacation time. Their expertise on the geography, use of local guides and ability to connect travelers to the everyday people of Iberia is uncommon in a tour.

Through Iberia alone Insight offers 10 different trips on luxury Mercedes buses with Wi-Fi, reclining seats that also adjust sideways and a restroom below seating level (because no one wants to sit next that). The tours are ever-morphing to accommodate feedback from clients and the changing desires of travelers in general. I was once a naysayer, but have converted to this form of travel that’s a big bang for the buck as well—I added up the individual cost per day to plan a trip like this on my own and it was almost double the cost of a luxury guided Insight tour.”

Arriving in Lisbon
Water is the soul of Lisbon, and the rest is a quilt of cultures born of the sea and bred on the Tagus River. There’s no ignoring the symbiosis between the city and the ocean. It has sent lovers off to distant lands and watery graves, and it brought gifts of the world back onto Portugal’s shores and colored the fabric of the culture into an individually vibrant country.

As a visitor it’s easy to see how bits and pieces of the world have been ingrained in Portuguese daily rituals, tastes, arts, architecture, and passions. There’s a cosmopolitan vibration, but one that is uniquely built on a gathering of energy lapping over from years and years of vibrant, multi-cultural life.

My visit to Lisbon lasted only 24 hours, but our Insight Vacations lead guide made sure we dug deep in the time we had there. Our group stayed at the Dom Pedro Palace Hotel, which is centrally located and has all the modern amenities with a sophisticated traditional interior. The main lobby bar area proved to be the perfect location to hang out and get to know my Insight group. The bonus was meeting another hotel guest, from Angola, who took advantage of the bar’s baby grand piano and serenaded us with traditional Portuguese folk music (Fado) and even played “La Bamba” upon request. We made quick friends with him and a family member he was traveling with and had quite an evening of music, laughter and song. I’d only been off the plane a few hours and was already having the time of my life.

Monument to the Discoveries
When I spotted the Monument to the Discoveries, I felt like I was on an elevator with everyone facing away from the door. My first thought was, “Cool, a monument that turns its back to tourists. I kinda like that.” Our Insight Vacations guide let us know the 164-foot ship monument facing the Tagus was actually representing the vast exploration of the world by Portuguese sailors and explorers.

Tip: The monument is closed on Mondays; it’s open from 10 am-6 pm on the other days of the week and located in the Belém Quarter, on Avenida de Brasilia.

Pastéis de Belém: A tart like no other
I’m not a religious gal, but one thing I’ve noticed over a lifetime of travel is this: If monks have something to do with it, it’s good. I’ve had their exquisite wine, enjoyed their art, drowned myself in their superb beer, and now I’ve tasted a piece of heaven in an egg custard tart they derived from the need to use up an overabundance of egg yolk. Holy moly, it was good.

Antiga Confeitaria de Belém is world-famous for recreating the secret recipe for Pastéis de Belém every day. There are only three people in the world who know the original recipe, and one of those is Francisco Muchagata, who served us himself and took time to talk about the 47 years he’s been making the tarts. You may think, “Yeah, I’ve had something like that already. No. You. Haven’t. It’s the lightest, richest and most perfectly crusted little pastry you can only enjoy at Antiga Confeitaria de Belém.

As our group was coming in I saw people literally stuffing them into their mouths as they were exiting the bakery.

Our Lady of Bethlehem Church
It doesn’t take close inspection to see the repeated nautical theme of this richly adorned church.

Without a doubt there were many prayers said on bent knee for the safe return of loved ones at sea in this ancient building. It echoes the story of Lisbon and it tells of cultures from around the globe—stone pineapples and marble elephants highlight the gilded walls and sacristies. There are several tombs of historical note in the cathedral. One in particular is that of Luís Vaz de Camões, who wrote the epic poem, “Os Lusíadas.”

The poem romanticizes the Portuguese age of discovery and is so revered as a national treasure that a national holiday, Dia de Portugal (Portugal Day), is celebrated on June 10th, the poet’s birthday.

Day trip: Estoril and Cascais, 20 minutes from Lisbon
What do you do in a sleepy little beach town in the off season? Eat, people watch and ride a carousel of course. I’m a huge fan of places without tourists and the only way you’ll get the opportunity to enjoy Estoril or Cascais without them is by being there in the off-season. In the summer, throngs of beach-goers and tourists trod off buses and onto the main street seeking a respite from the city.

Visiting in the autumn, we had the beach streets to ourselves and plenty of open tables at the restaurants. The carousel was a perk and the friendly ticketseller got a kick out of the adults taking a spin.

Day trip: Sintra, 25 minutes from Lisbon or 12 minutes from Estoril
The road leading to Sintra is lined with privately owned ancient forests and rolling hills, making the approach into the historic town magical. Even as our coach driver handed us complimentary Mary Poppins-sized umbrellas to guard against the sprinkling of rain, the town’s charm was evident. Through the autumn mist the cobbled streets and tiny shops serving wine or coffee came into view surrounding the centerpiece of Sintra: its royal palace.

Comparatively speaking, as palaces go, Sintra’s is on the small side—perhaps that’s why it felt so feasibly lived in. It is diminutive, but not lacking in bling—in one of its gilded rooms it was a struggle to get a photo that reflected the grandeur of the domed ceiling and artistic detail in front of me. Another room had a massive Marano chandelier so heavily laden with hand-crafted glass that I envisioned an army of servants attending to that one piece of décor.

Portugal provides at least half of the world’s cork, and the locals in Estoril have found numerous ways to use it, from hats to handbags. We even found a dress comprised of cork. If you need a little internal warmth while shopping, stop by one of the ginjinha (cherry brandy) windows for a quick shot served in little chocolate cups. It’s a staple of the region and has a pungent taste and big kick—not unlike cough syrup.

Fado: The sound of Portugal
Fado is a traditional and dynamic folk music sung with intensity and drama. We scrambled onto a Tagus River ferry with locals, headed down the coastline and landed at the Bairro Alto section of Lisbon and spent a few hours at the Café Luso.

The Fado show was a mix of male and female soloists and the venue is a premier Fado House, as they’re known. The three talented musicians who accompanied the soloists looked so at ease playing the traditional instruments of Fado that we could’ve been at a backyard party with friends and family.

The songs always end big, and as the goosebump notes ramp up, you come to expect the explosive last notes. There’s no doubt when a Fado song has ended—it’s time to clap. I had about one word of Portuguese under my hat, but the song translations were evident: passion, love, power and longing. As our guide, Toni, said, “The Portuguese are known to be sad, but I like to think they just feel.” Take a listen to Fado at the Café Luso site above. 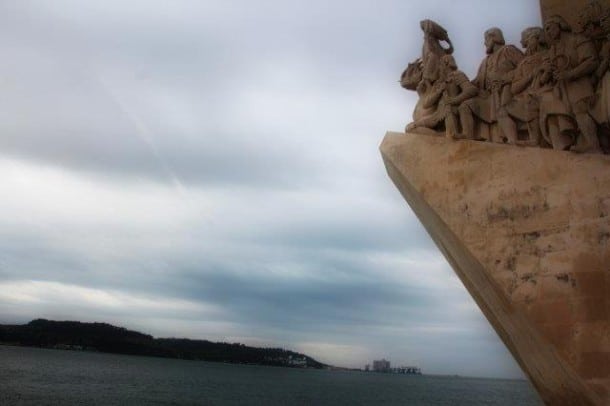 Monument to the Discoveries, facing the Tagus River 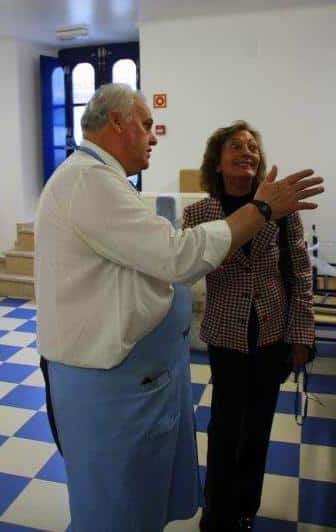 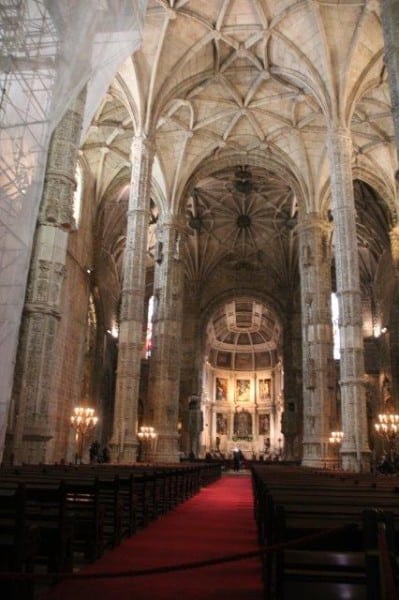 Our Lady of Bethlehem church 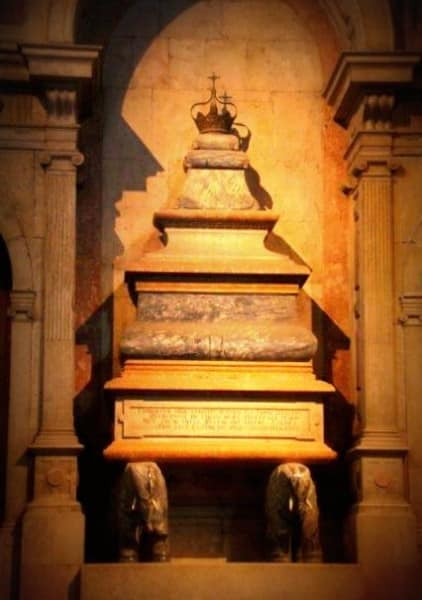 Our Lady of Bethlehem: influences of India 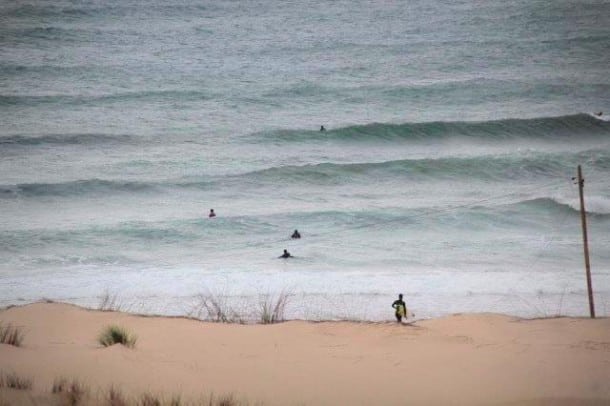 On the road from Lisbon to Estoril 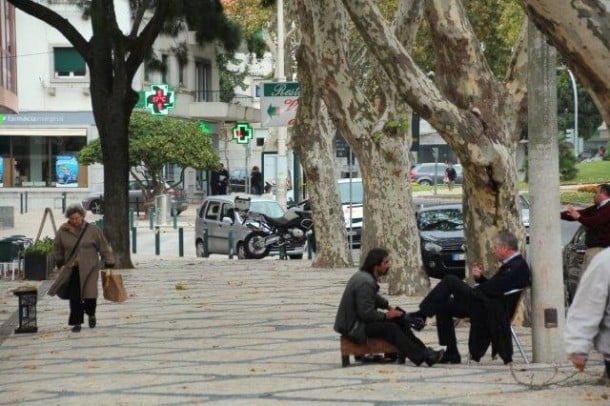 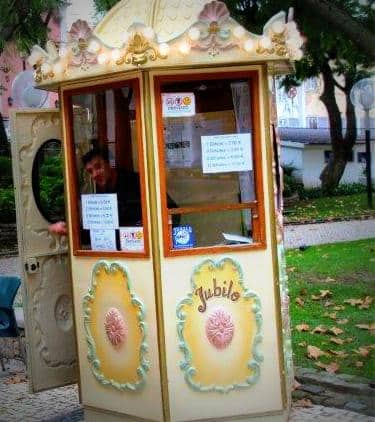 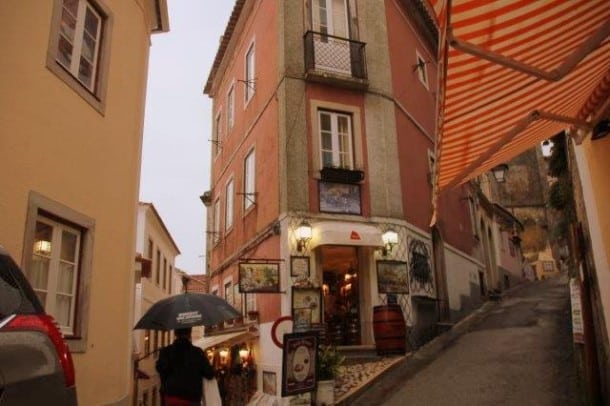 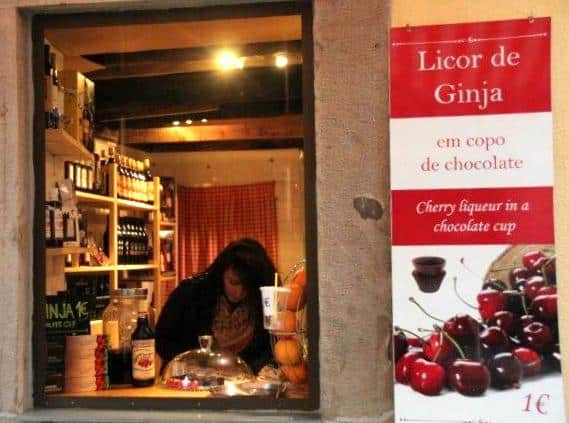 Cherry liquer sold out of windows in Sintra 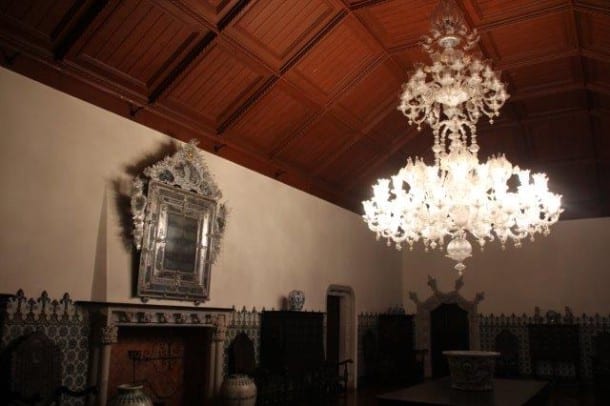 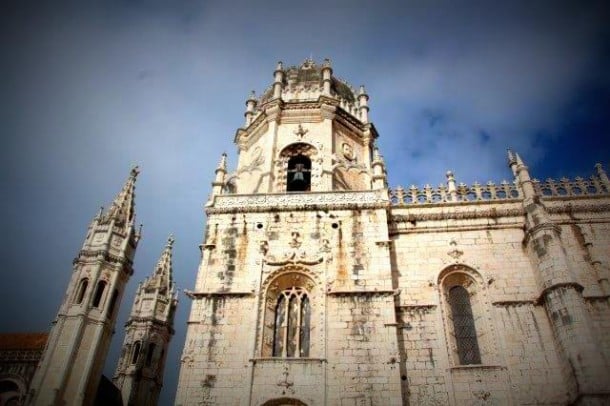 Our Lady of Bethlehem, in Lisbon 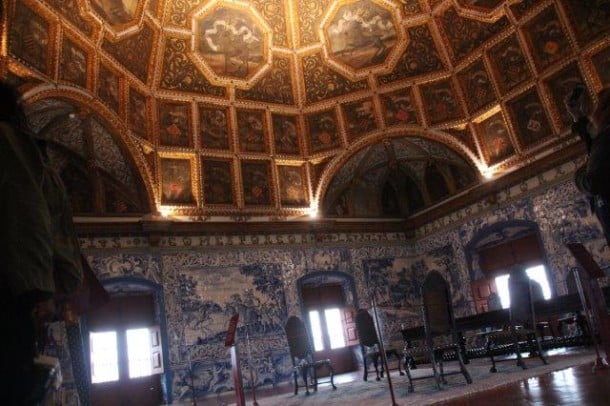 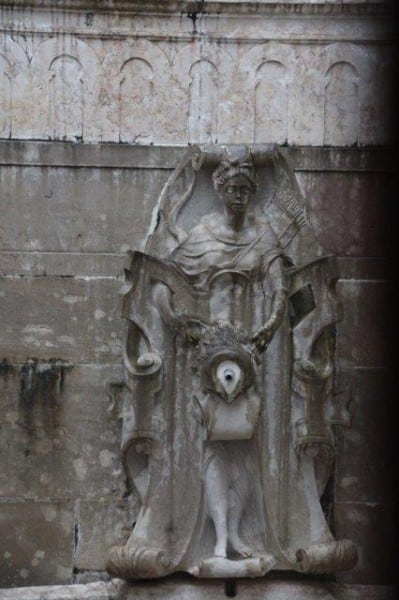 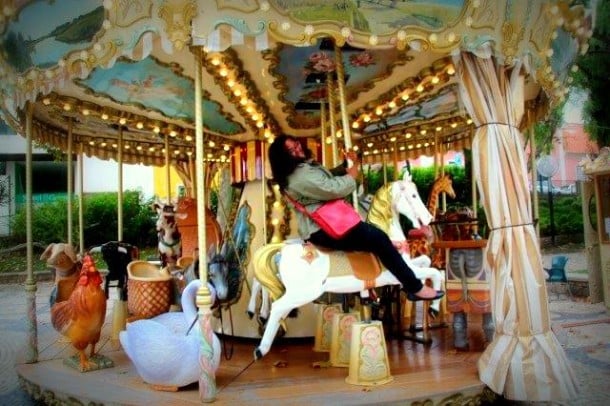 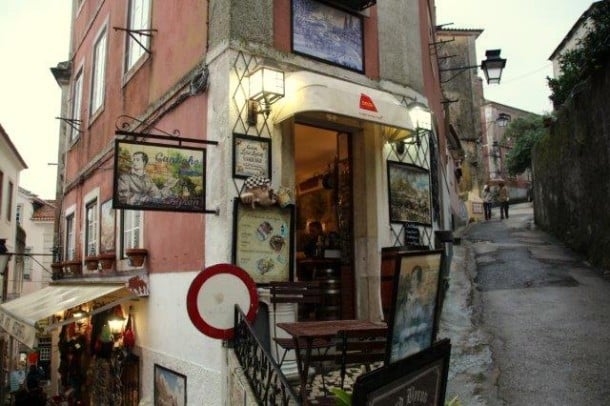 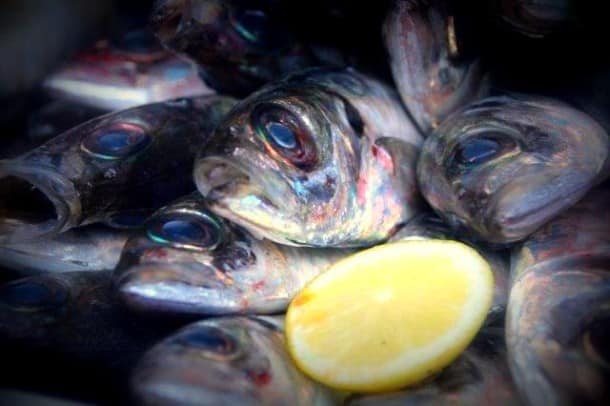 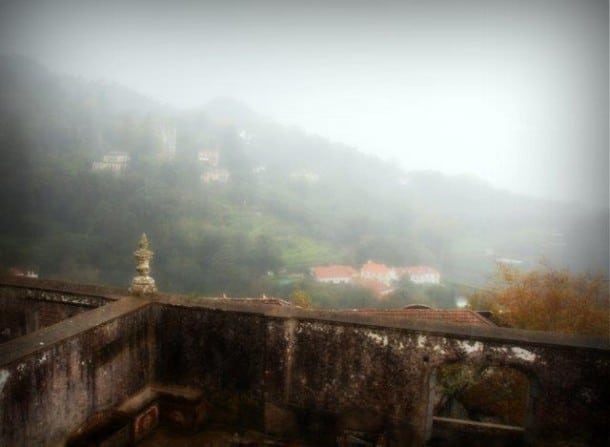 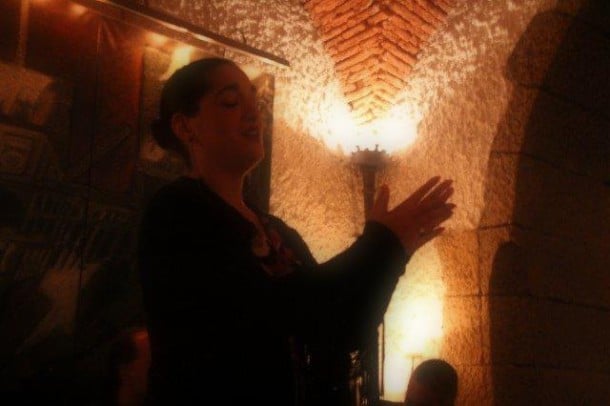 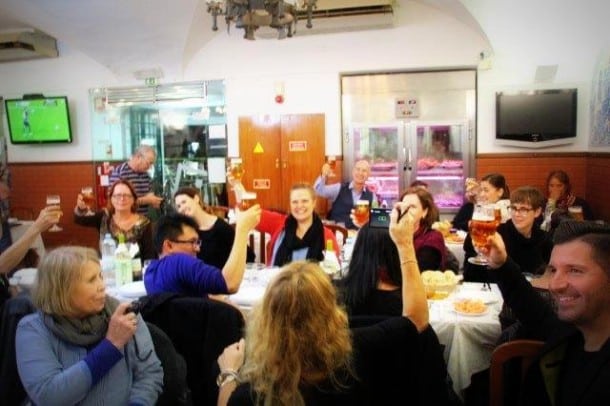 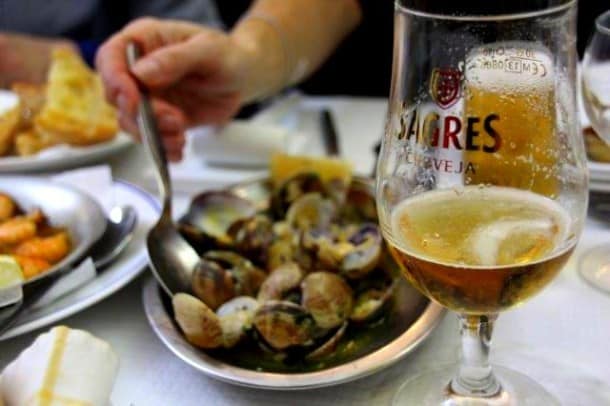 Earn miles and points on dining. 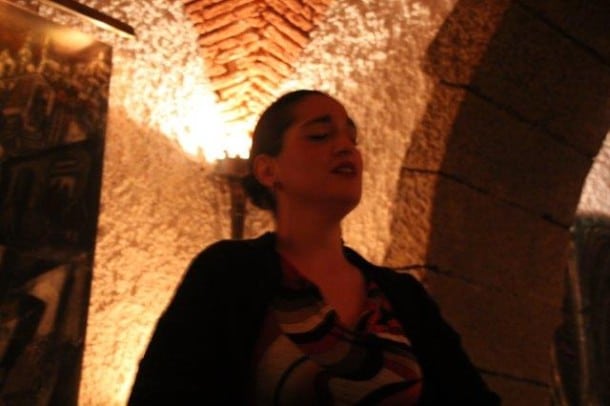 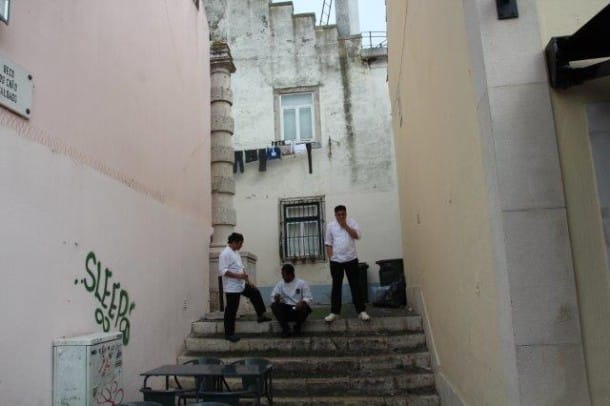 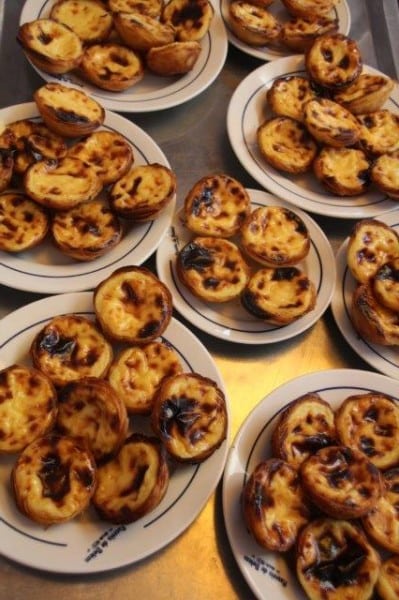 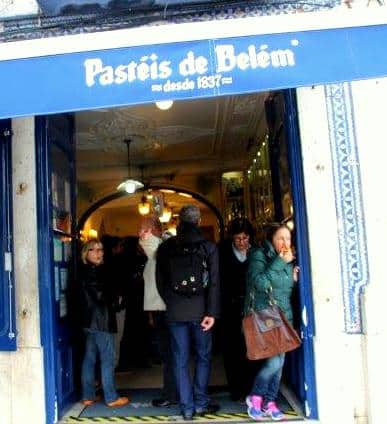 0 Comments On "Iberia with Insight, Part 1: 24 Hours in Lisbon, Portugal" 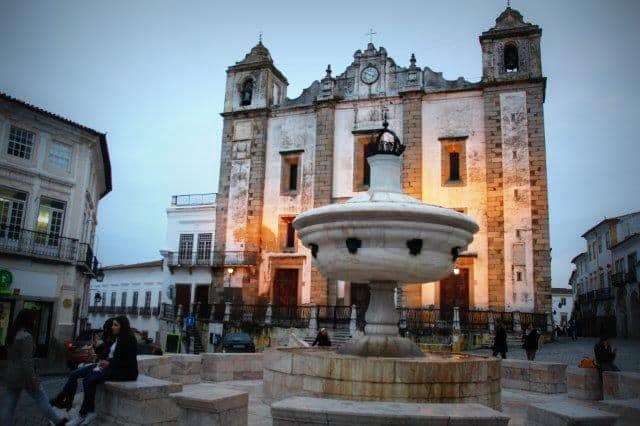 This is the second in a three-part series about Cynthia Cunniff’s tour through Portugal and Southern Spain with Insight Vacations. Check out the first story, on Lisbon, here. Cynthia, on Insight Vacations:… 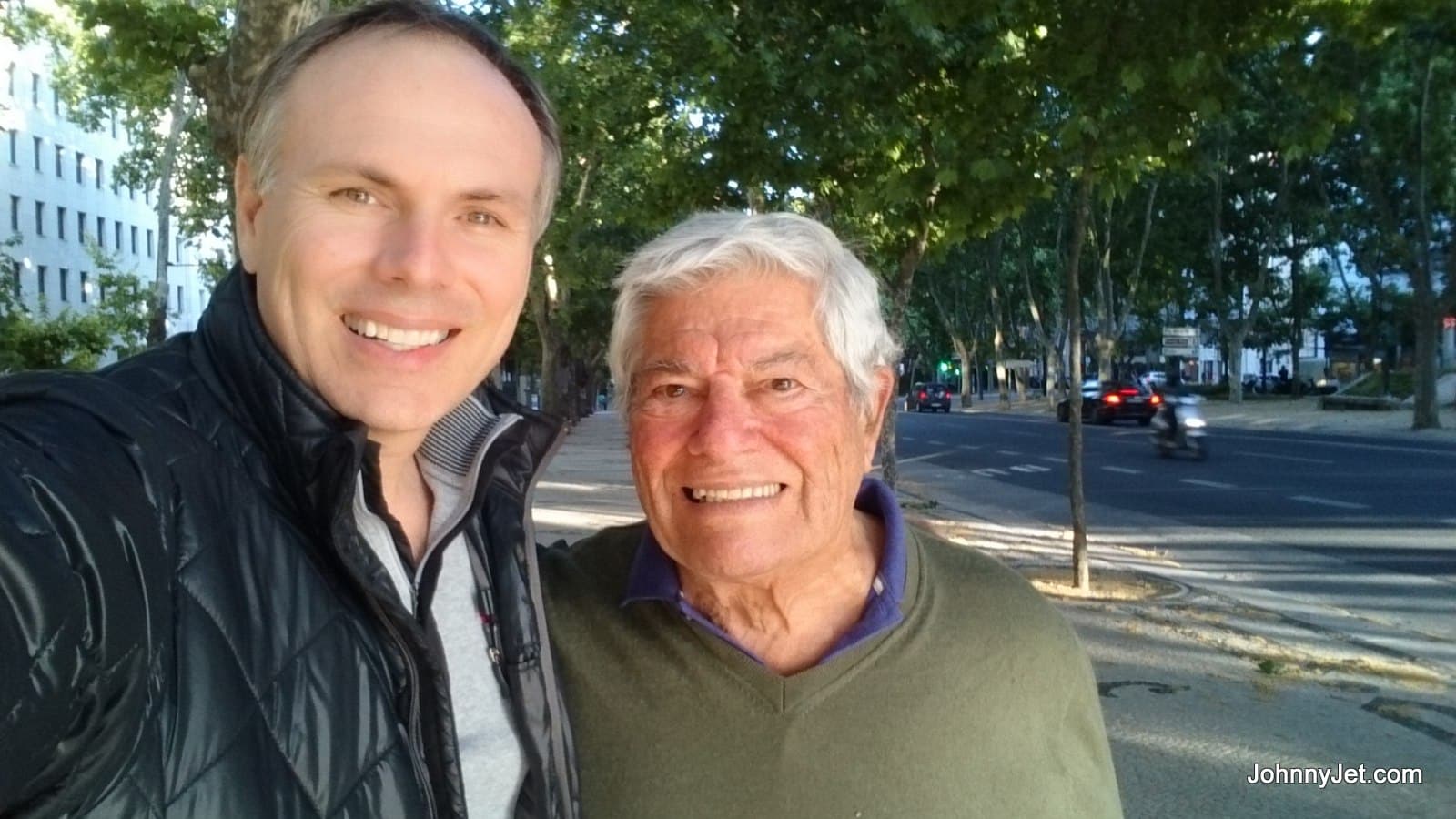 If you are following my travels, then you know that my dad and I left off from the Munich Airport. Here’s more about that. Munich to Lisbon on TAP Of… 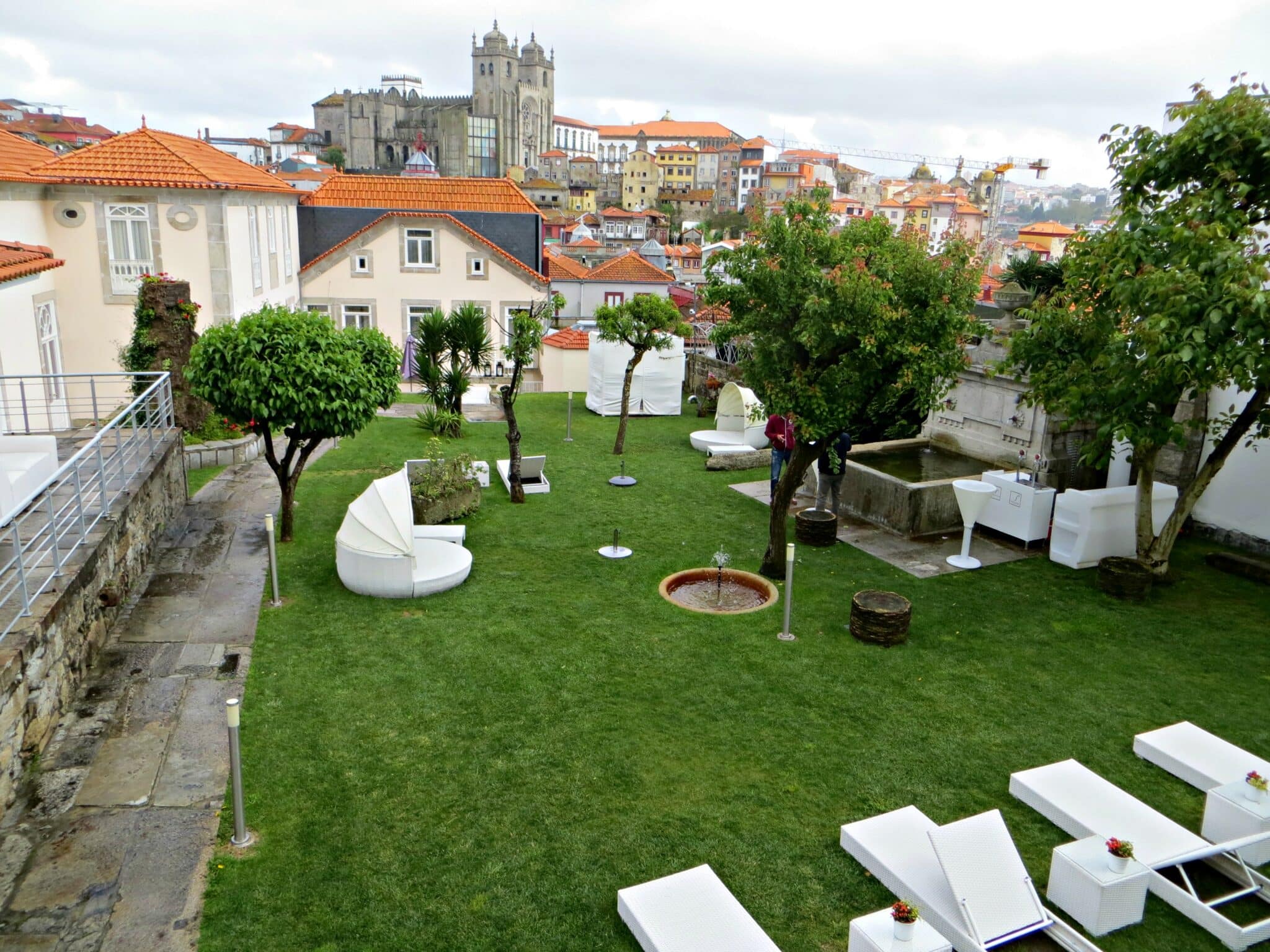 The Portuguese word for casual is pronounced caz-oo-wahl. That’s half of what you’ll need to know about Porto. Portugal’s hundreds of miles of Atlantic Ocean coastline and ample domain for…