If the Flight Attendants Ask You Not to Eat Nuts, Then Don’t! It Could Be a Matter of Life or Death 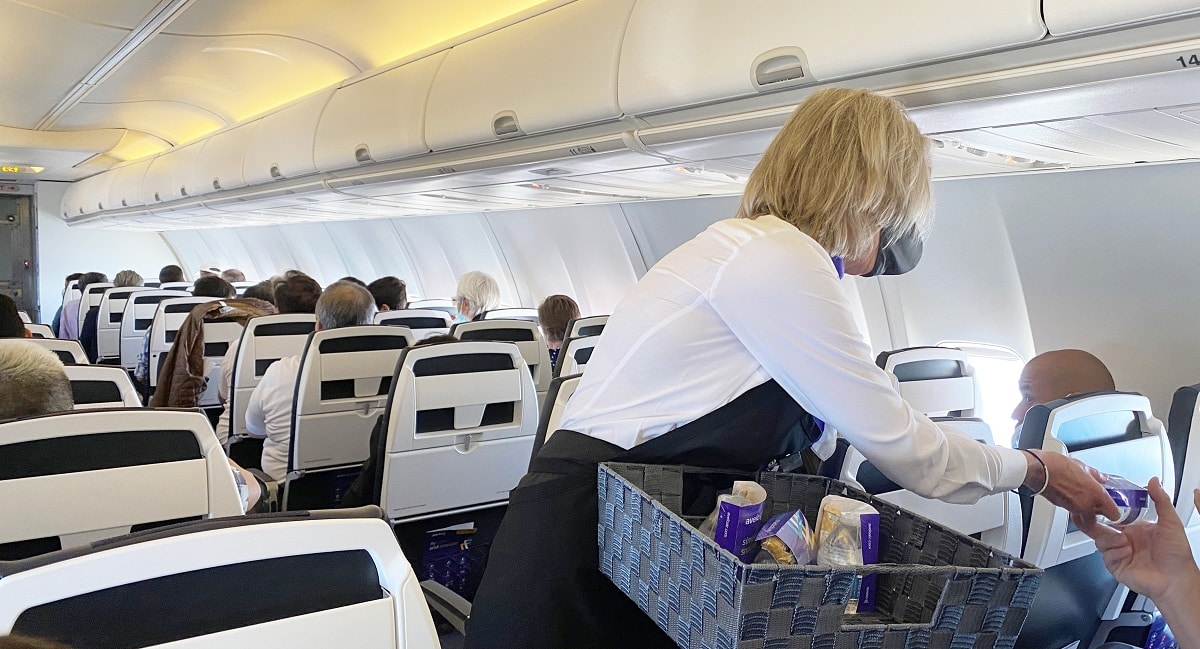 Reading the news these days, including the behavior of some passengers, really makes my blood boil. I just can’t believe how selfish some people are. The latest, which should infuriate you too, is a story out of the United Kingdom.

The Daily Mail reports: “Girl, 14, with severe nut allergy nearly died aboard BA flight after passenger ‘refused to stop eating peanuts despite TWICE being told by cabin crew he was putting the teenager’s life at risk’.

Poppy Jones needed oxygen and two shots of an epi-pen during a nightmare eight-hour flight from London to Antigua, all because a passenger refused to stop eating peanuts. Fortunately, the girl is okay now but in my opinion, the passenger should have been arrested.

If I hadn’t experienced something similar, it’s almost impossible to believe. But over a decade ago, I was on a short United flight and prior to takeoff, the flight attendants made the same serious announcement that they did on Poppy’s flight.

I’m not exaggerating when I say that within ten minutes, a guy across the aisle from me started eating a Snickers bar.

I snapped at him. I said, “Didn’t you hear the crew just ask everyone not to even open up something with nuts, let alone eat it? The particles alone in the air could cause a fatal allergic reaction.” He said something along the lines of, “But it’s just a Snickers Bar and I’m hungry.”

Since the life of a stranger wasn’t important to this selfish person, I tried to put it in terms he would understand. I explained to him that if the person has a reaction, we will probably end up returning to the airport or diverting to another one, which could take hours, depending on the crews eligibility (they’re only allowed to work a certain amount of hours a day).

And this was just the person sitting next to me. Who knows what others were doing. Thank God the allergic passenger didn’t have a reaction and need medical attention.

And this happens all over the world. An excellent British aviation analyst named Alex Macheras replied to a tweet last year that said:

“A friend got in touch. He writes: “I’ve just been on a BA flight where the entire aircraft was requested to not eat any peanut or nut-containing snacks because someone on board had a nut allergy.” Can this be right?“

To the person who retweeted it, not who wrote it, Alex rightly replied with:

1) This is very common at multiple airlines all over the world ✔️
2) Being considerate of others, including those with high chances of suffering a severe allergic reaction triggered by the dust of nuts in the confines of an aircraft cabin, is really not ‘outrageous’ or ‘woke.’

2) Being considerate of others, including those with high chances of suffering a severe allergic reaction triggered by the dust of nuts in the confines of an aircraft cabin, is really not ‘outrageous’ or ‘woke’ https://t.co/zUFdVnTaRd

Is it me or does it amaze you how inconsiderate people have become? Seriously. Is it that difficult to go anywhere between 40 minutes and 18 hours without eating something with nuts?

RELATED: Tips For Flying With Someone Who Has a Mild Peanut Allergy

12 Comments On "If the Flight Attendants Ask You Not to Eat Nuts, Then Don't! It Could Be a Matter of Life or Death"