In Praise of Nerds: A Visit to Honeywell Aerospace in Phoenix, AZ 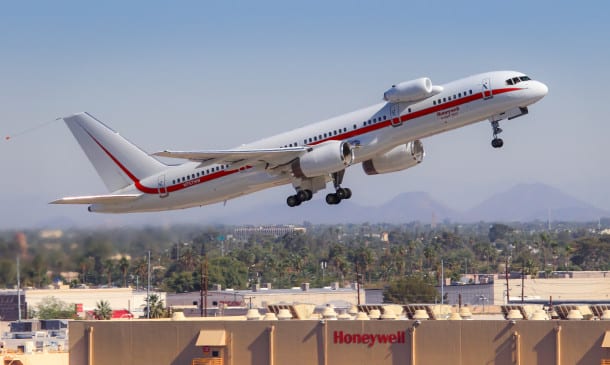 This is a massive shout-out for nerds everywhere. That’s right people. N-E-R-D-S. You might also know them as bookworms, geeks or even worse. The Merriam-Webster dictionary defines a nerd as follows:

So now you’re thinking…What has this got to do with travel?

What if I told you that your sanity during your next flight to Disney World with your pack of kids or the productivity of your next sales meeting or even the fight against the increasing cost of airfare or global warming depended in part on a very particular group of nerds at Honeywell Aerospace and their obsessive interest in all things technical?

Alright, alright…HOLD IT. Before you laugh and click to another page, take a look below and learn how Honeywell’s nerds can make you a happy traveler—as I found on a visit to their headquarters in Phoenix, AZ.

Aircraft Comfort and Passenger Experience
There is a good chance that a Honeywell APU—or Auxiliary Power Unit—is working on your next flight to run the air conditioning or heating, pressurize the cabin, and power the aircraft lighting and electrical system that feeds everything from your laptop to the electronics the pilot needs to fly the plane.

Sounds boring, right? I thought so until we found out that it was an APU that enabled Captain Chesley Sullenberger to land US Airways Flight 1549 on the Hudson River in 2009—when he lost BOTH his engines right after take-off. Without that APU, Capt. Sullenberger would have had no way to control the plane during its descent. You get the point, right? OK, so maybe APUs aren’t so boring after all.

On a lighter note, you know how a plane can sometimes be pretty hot inside as you board? That’s probably because the pilot has not turned on the APU which runs the air conditioning. This presents a perfect chance for you to flash your inner nerd at the flight attendants by casually asking one of them to ask the pilot to fire up his APU. Let me know if you get lucky.

If you’re in any way concerned with the environment you’ll be pleased to know that Honeywell’s nerds are hearing you and figuring out ways to make caring for the environment a profitable exercise. Their continued advances in APU development mean their latest products are using less fuel and producing significantly lower emissions while providing the aircraft with the additional power needed to run today’s increasingly sophisticated systems. It goes to show that doing good while doing well can pay off.

Air Quality
Have you ever been hit with a facefull of aircraft exhaust fumes when the pilot starts the engines to begin taxiing out to the runway? Sure you have, and you know just how much you love that sick feeling you get in your stomach. Now think about what same move is doing to the ground staff down below who guide and service the plane or the local community around busy airports.

Honeywell’s nerds are developing a partial answer to that problem with the Electric Green Taxiing System (EGTS), designed for the small jet sector. The plan is simple: Instead of firing up the main engines to get the plane over to the runway for take-off, the thinking is: Why not use electric engines to power that part of the journey? I bet you can guess where the electric power for the EGTS comes from (Hint: Go back to the previous topic).

Tests conducted by the nerds have determined that using the EGTS from the gate to the take-off runway will reduce nitrous oxide emissions by 50%, reduce unburned hydrocarbons (fuel that is not burned by the engine) by 75%, reduce carbon dioxide emissions which cause global warming by 62%, and reduce carbon monoxide emissions by 75%. They figure that 1 EGT system is equal to having 717 fewer cars on the road and 835 more trees pulling CO2 from the atmosphere.

If you’re a small jet commuter shuttle service providing a high volume of daily flights across the country with constant aircraft turnaround, this EGTS technology means you save money on fuel. That translates into either higher profits or lower ticket prices. Not a bad choice to make.

Air Traffic Management
Many people over the age of 50 will know what you’re talking about when you say the word Tenerife. It was the site of the worst aviation disaster in history, caused by one aircraft taxiing into the path of another aircraft that was taking off. If you don’t think incidents like the one in Tenerife are an issue anymore then try Googling the term “aircraft collisions” like I just did. You’ll be shocked to see news stories with a July 2014 date on them.

In today’s parlance the incident at Tenerife would be called a “runway incursion.” The Federal Aviation Administration (FAA) lists three major factors contributing to runway incursions: communication, airport familiarization and cockpit procedures for maintaining orientation.  Also, they name the loss of positional awareness by the flight crew as a factor in nearly half of all runway incursions.

Additionally, it’s estimated that one incident of either an aircraft collision with another aircraft or an airport structure or a runway incursion or a runway excursion occurs each day somewhere around the world. While many on-ground collisions are relatively minor in comparison to Tenerife, they’re happening all the same and remain a cause for great concern given the steadily increasing amount of global air travel.

In response, the nerds at Honeywell say its SmartRunway and SmartLanding systems are designed to break the chain of events that lead to runway and airport incidents. They accomplish this by integrating and improving existing Honeywell technologies in order to increase the “situational awareness for pilots and crew members during approach, landing, taxi and takeoff”.

In cockpit simulations the Nerds showed us how visual and audible alerts and prompts informed the flight crew of their proximity to buildings and other aircraft and provided guidance as they maneuvered on the ground or approached the airport for landing. To put these developments in simpler terms: This effort is really about improving the “connectedness” of all the people and systems that make up a modern airport today.

Watch Out for That Mountain
This may sound strange, but once you’re up in the air you have to constantly worry about where the ground is—or what is called ground “proximity.” This matters whether you’re taking off, flying at high altitude across the country, or approaching an airport to land. Honeywell’s Enhanced Ground Proximity Warning Systems (EGPWS) use data such as aircraft position, altitude, air speed and glideslope together with on-board databases of terrain, obstacles and airport designs to predict a potential conflict between the aircraft’s intended flight path and whatever is waiting ahead.

The EGPWS provide the flight crew with a map-type display of surrounding terrain and obstacles and sounds visual and audible alerts if the aircraft approaches too close to the ground, water or a tall structure. In the real-life test flight aboard a Convair 580 we were given, our pilot aimed the plane straight at a mountain range just outside of Phoenix. Nothing awakens the mind and body like the sharp and severe cockpit warning of an approaching mountain.

Darn Weather
In the olden days, say back before 1994, one of the biggest threats to aircraft in flight was windshear. In 1994 Honeywell introduced forward-looking windshear weather radar and the number of windshear-related incidents was reduced to almost zero. But somewhere in some lab at Honeywell, the nerds were not content with almost zero. In 2008 they introduced IntuVue, a new line of airborne weather radar that provides the flight crew with a 3-D picture of airborne weather conditions. This has made it so much easier for passengers like me to enjoy their in-flight cocktails while further diminishing the relationship between flying, bad weather and my dry cleaner.

Major Tom to Ground Control
It’s reported that some 2.5 billion mobile devices will be shipped globally in 2014. The obvious result from this is that people are becoming increasingly connected to information and each other. The nerds at Honeywell looked at the technology driving this development and understood that the same such advances in connectedness had to apply to aircraft, their flight crews and their passengers. To meet that demand, they utilize and continue to develop technologies and processes that enable enhanced communication and data transfer from plane to plane, plane to ground and ground to plane.

There have been several recent events which make clear the need for a more robust level of connectedness within the air travel industry. The mystery surrounding the fate of Flight MH370 may well have been solved had the aircraft been continuously connected to the Inmarsat satellite network. The recent near-misses one can read about by doing a simple internet search can probably be prevented by having aircraft systems continuously communicating with each other.

These advances in connectedness will have an immense impact on your travel experience as a passenger. A recently announced partnership between Inmarsat’s network and Honeywell’s hardware and services aims to provide airline passengers with internet access that will be as easy to use as linking to a Wi-Fi hotspot and very affordable. Passengers will be able to utilize email, online news sources and VPN access, conduct financial transactions, communicate with family and friends through social media, shop online, and even participate in online gaming.

Another more recent development was the announcement that Honeywell will be the exclusive hardware provider of domestic air-to-ground communication for AT&T’s planned in-flight connectivity services. The goal is to bring faster Wi-Fi to passengers on commercial airlines and business jets via the new 4G LTE service. Just think of what all this will do for your sanity during the next flight to Disneyworld with your pack of kids or the productivity of your next sales meeting?

Yes, this is a massive shout-out for nerds everywhere.  That’s right people. N-E-R-D-S. They’re working hard at Honeywell to make your air travel a lot safer and more enjoyable—and some of them do have rather un-stylish clothes and hair. 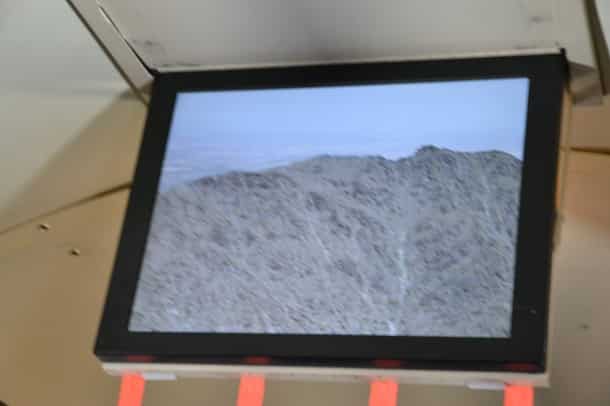 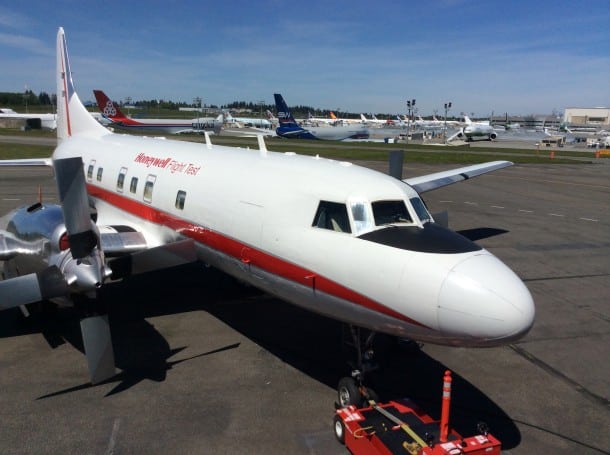 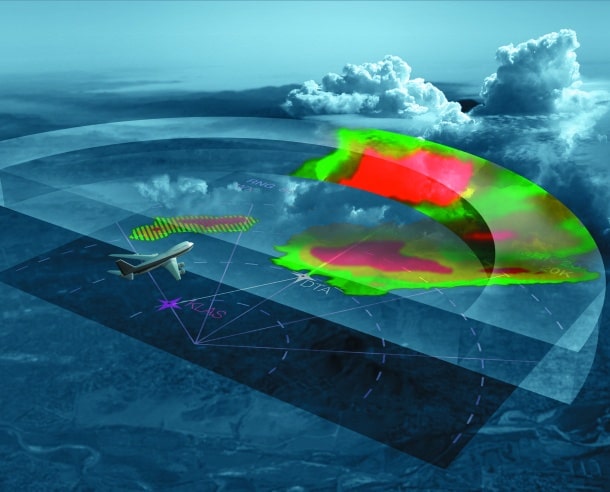 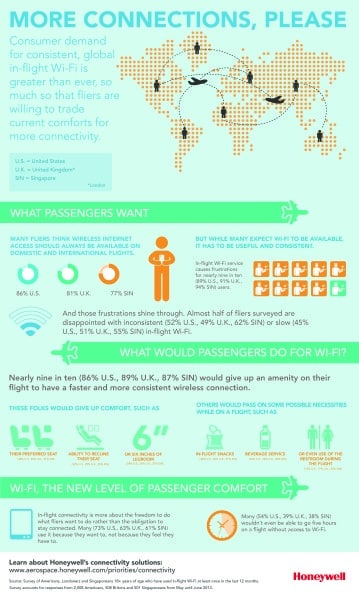 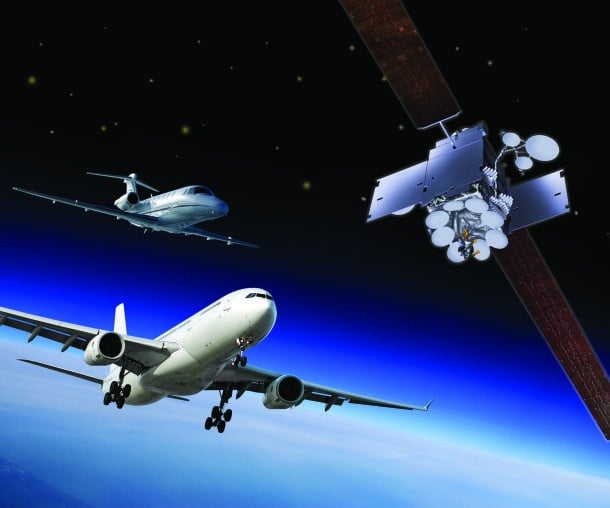 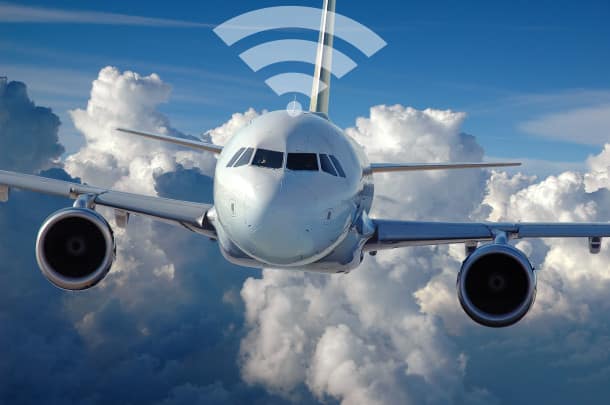 1 Comment On "In Praise of Nerds: A Visit to Honeywell Aerospace in Phoenix, AZ" 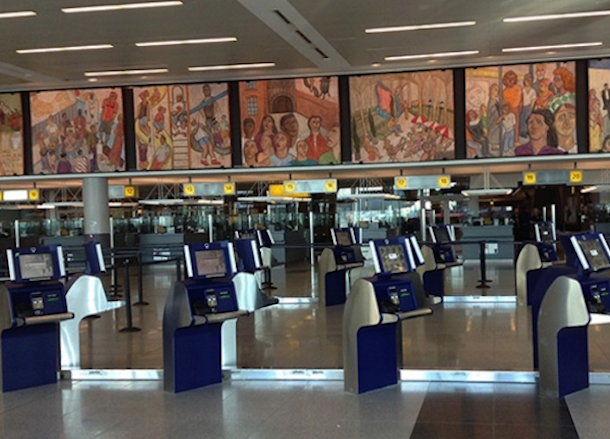 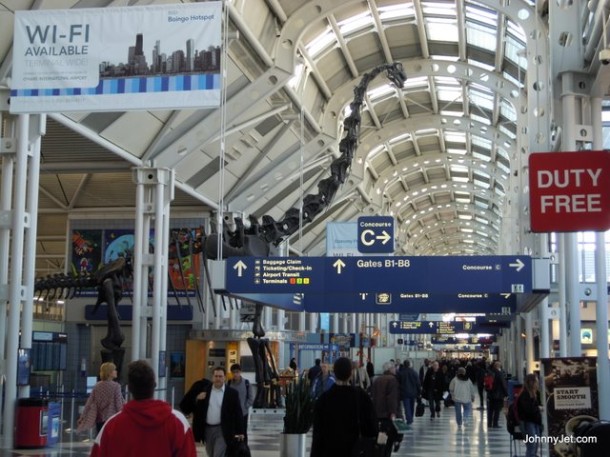 THE TOP 10 IN TRAVEL NEWS THIS WEEK: Stay Away From Chicago Airports (for Now) The Air France Pilot Strike Ends With Absolutely Nothing Resolved Airbus to help develop first… 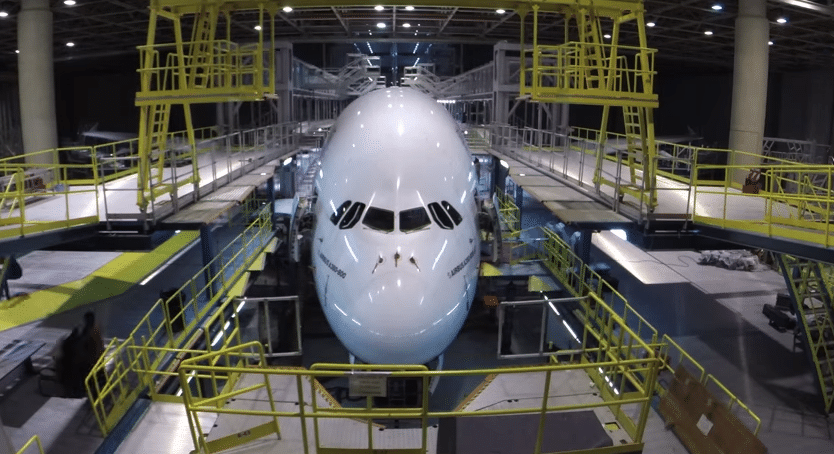 Travel Video of the Week: How Emirates Overhauls their A380

You have to love timelapse videos—especially ones set in airport hangars and inside airplanes that give us insight into what takes place behind closed doors in the airline industry. Kudos to…