My Stay at the New Courtyard Hamburg City in Hamburg, Germany 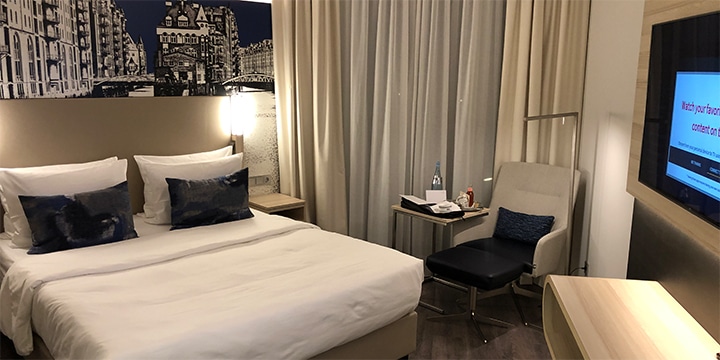 Last month, I traveled to Hamburg, Germany to attend the grand opening of the Courtyard Hamburg City. Normally, I wouldn’t travel over 5,500 miles to attend a grand opening of a Courtyard, as Marriott has one of them almost every week! But this one was different…

Did You Know? Courtyard is now Marriott International’s largest brand (out of 30) with more than 1,200 hotels in over 54 countries and territories. I didn’t know that until my trip to Hamburg.

Forbes “30 Under 30” panel
I also didn’t know that Courtyard by Marriott was the first hotel built specifically for business travelers over 35 years ago. Courtyard by Marriott’s target audience is business travelers and entrepreneurs looking for a quality place to stay that won’t break the bank. Knowing all that, it makes sense to me that Marriott flew in a bunch of journalists (myself included) for the Hamburg celebration and sponsored a series of European Forbes “30 Under 30” panel talks this quarter. One of these talks took place in Hamburg (photo above).

The Forbes panel I attended featured Josh Wilson, a British television producer and entrepreneur, and Sergio Banos, a tech genius who splits his time between France and Germany. The moderator was Forbes European editor Alex Wood Morton. After watching these very successful under-30-year-olds talk, I realized that I spent too much of my youth playing sports and traveling the world LOL.

The christening of the hotel
Since Hamburg is on the water and the hotel has a maritime theme, the owner christened the new hotel by smashing an empty champagne bottle over a ship’s steering wheel. I wasn’t expecting that and I don’t think the other guests were either. See the video above.

Now, a look inside the hotel …

The Courtyard by Marriott Hamburg City is the second Courtyard hotel in Hamburg, a popular business city that keeps on growing. Hamburg is known for its prime maritime location, fresh seafood, theatre, and shopping. The 277-room hotel is six stories high and has a lot of personality.

Here are some of the highlights:

The lobby
The bright, open lobby is filled with modern furnishings, blue hues and photography inspired by the city (shot by Hamburg-based photographer Esther Haase). I’m not the type of person who likes to work in a hotel lobby but I know many millennials do, which is why Marriott gave the lobby a comfortable, friendly ambiance plus a space to work or relax.

Check-in
Two of the three check-in stations have large glass jars with gummy treats. As a germaphobe, I was happy to see tongs for grabbing them. That way guests don’t have to sink their dirty, grubby hands in them.

The Market
Directly behind the check-in is a little market called The Market, where travelers can purchase a grab-and-go selection of healthy (and unhealthy!) snacks, treats, drinks, nourishing meals, postcards and more.

Böckmanns restaurant
Don’t worry: Guests don’t have to settle for the Market if they’re hungry. The hotel also features a popular restaurant with a unique dining concept called Böckmanns, which serves up delicious, seasonal Hamburg specialties from an open kitchen. There’s even a dedicated tartare bar where you can create your own beef, salmon or vegetarian tartare with marinades (including miso nutbutter).

Eating a hamburger in Hamburg!

Eating a hamburger in Hamburg: The menu has something for everyone including a hamburger (€16 = $17 USD), which I couldn’t pass up getting in Hamburg. According to the experts, Hamburg was the inspiration for the hamburger but didn’t invent it.

The rooms
The spacious, modern rooms at the Courtyard Hamburg City feature light wooden furniture and a comfortable bed with a colorful headboard illustrating Hamburg’s stunning waterways. All guestrooms come with 49″ TVs and an ergonomic work area. I especially like the wood floors, which feel so much cleaner than carpet.

The shower
The bathroom was clean and had great water pressure but I just don’t understand why so many European hotels have showers with glass half-walls. In fact, at the Courtyard Hamburg City the glass half-wall separating the bathroom and the shower covered only about a third of the opening. How can people shower without getting the floor wet? It wasn’t as bad as I thought it’d be, but I planned on using only one towel and a mat as I always do and I ended up using multiple towels just to mop up the floor.

The gym
Sadly, I didn’t hit the gym. My excuse is that I was only in town for 36 hours, but in reality it would have been the same if I’d stayed for a week. (Actually, if I’d been there for a week I’m sure I would’ve at least done a few curls.) The fully equipped fitness center is 65 square meters (213 square feet) and has a Finnish sauna and relaxation room, perfect for winding down after a busy day.

Meeting rooms
Although I was there for business, I didn’t attend a meeting in any of the hotel’s eight meeting rooms. I just toured them, which combine for 4,886 square feet of total meeting space. The coolest thing about the meeting rooms area is outside in the hallways. A wall that looks like art is actually a collection of chairs, cushions and tables that you can pluck from the wall and turn into a work space. 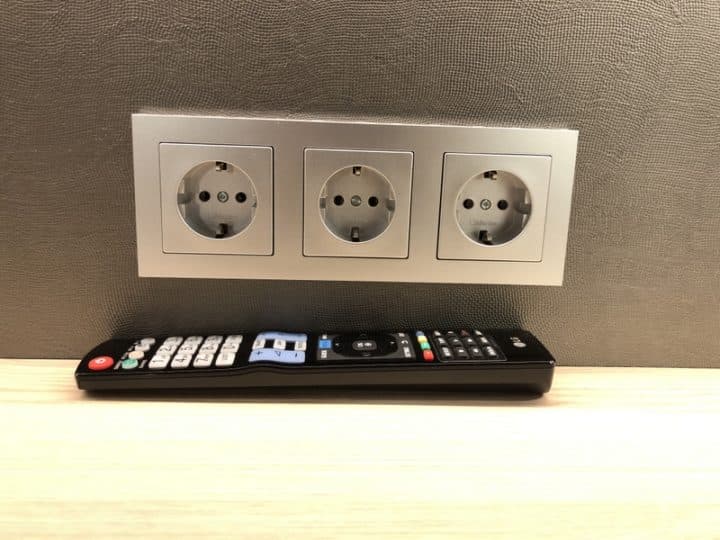 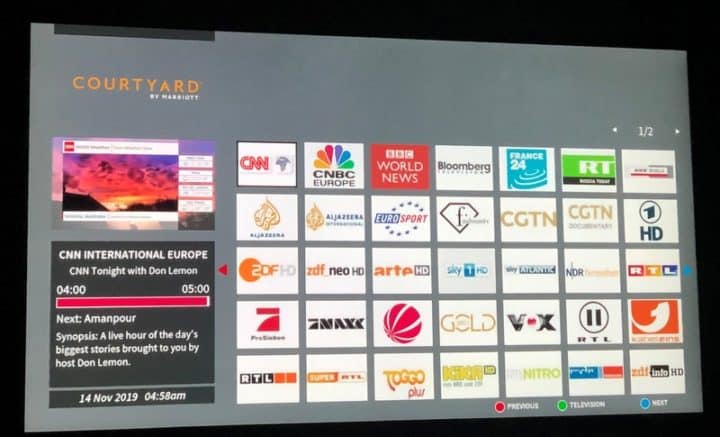 The Courtyard Hamburg City is a beautiful hotel and one that I would definitely stay in again, and not just because I would earn Marriott Bonvoy points. I love the fact that the hotel was clean and comfortable, that it had good food and friendly service, and that its local flavor really made me feel like I was in Germany, which of course I was!

For more on the Courtyard Hamburg City, visit the hotel page here.