JetBlue Falls From Grace After Horrendous Customer Service, Lies and the Gall of Their Spirit Airlines Bid 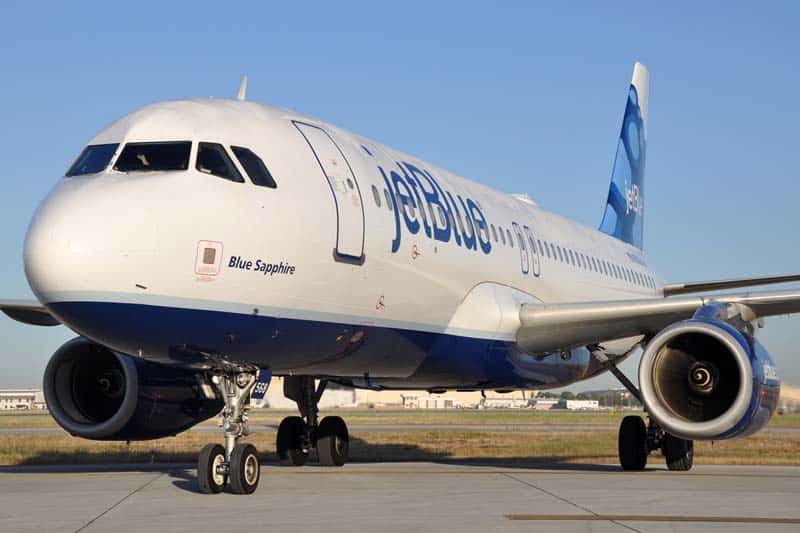 So, I was right about JetBlue. If you’ve been following along, then you know I’ve been hammering the once-darling airline for their horrendous operations debacle over the past 10 days, especially in Florida.

Thanks to my sister, I had a firsthand account as she got caught up in their mess while trying to fly from West Palm Beach (PBI) to Westchester (HPN). Her flight was delayed numerous times and then canceled. She couldn’t get out for four days later and JetBlue did nothing but offer terrible customer service and a $50 apology travel voucher. $50?! Hotels were $300+ and $50 wouldn’t even cover the transportation cost unless she took a bus.

Most travelers, including my sister, understand that weather delays and cancelations happen. But what they don’t understand is terrible customer service and lies that go on for days. It was obvious that this wasn’t just a weather issue. The underlying issue was the fact that JetBlue (and some other airlines) are extremely short-staffed. The airline only had three agents working the counter at PBI airport for hundreds of passengers and it sounded like they had the same number of agents working their phones because to it took my sister (and countless readers who reached out to me) over three hours to get through.

The most ridiculous part is that JetBlue doesn’t have an automated callback service like many other airlines. So customers had to sit on hold for hours wasting time, battery life and life in general (you know when you’ve been on hold for so long you’re afraid to move for fear the call will drop?)

JetBlue really ticked customers off with their despicable customer service, lies and the gall they had to announce a $3.6 billion counterbid to buy Spirit Airlines in the wake of all of this. The latter really added fuel to the fire because they can offer billions of dollars to buy a rival airline but don’t want to spend the money to improve their existing customer service? This was a real chance for JetBlue to turn lemons into lemonade with their customers.

Hundreds of people left comments on my Facebook posts so they could vent. Here are some, which hopefully will help the JetBlue team understand where the customers are coming from and address these pain points:

Dawn H: “I had my jet blue flight canceled at about 1130 pm for a 920 am flight. My trip was April 4 to the 7th. They wanted to change me to April 6th for my flight. When I declined (why would I go the 6th and come home the 7th ) because I was declining they said I wouldn’t get a refund. So after talking with I don’t know how many from jet blue they say I’ll get a refund. But I’m still trying to get a refund for my hotel and return trip. I wasn’t there for my hotel and since I didn’t cancel my reservation 2 days before checking in they say I won’t get a refund. So because of jet blue I lost my whole trip I saved for. I understand flight cancellations but we the customers should be reimbursed for hotel and return flights.”

Ellen H: “Will not ever travel on Jet Blue again! Outbound flight 4/1, Nashville to Boston was an hour late. Scheduled to depart on 4/4 on return to Nashville. We received a text at 11:15pm, 4/3 prior to our next 9:00am flight the next day. Immediately called Jet Blue at 11:30pm, to check other flights, placed on hold until 6:30am, the following morning when we were conveniently disconnected. As we were staying at the Intercontinental Hotel in Boston, with rates starting at $338/night, celebrating our 49th anniversary, we were placed in a stranded situation which forced us to pay for another night’s stay until we could problem solve. Called Jet Blue again, placed on hold for over 4 hours. While on hold, we received an automated new flight schedule for departing 2 days later 4/6, flying from Boston to Ft. Lauderdale, a 5 hr. layover in order to return to Nashville. As Hotel, parking and meals were adding up, we contacted Delta airlines and booked one way tickets back. What started out as a nice anniversary getaway, ended in disaster! We are seniors and we saved to take this trip. This was just wrong! And to learn that they were trying to buy another airline…and, no mention of any reimbursements? Just wrong!”

Brad M: “Stranded in Seattle last December for 3 days. No meal or hotel vouchers and a message that there were no available upcoming flights to get me home. I get it, that things happen and things go wrong, but don’t abandon your customers……. Now, let’s buy another airline? How about you get your airline working first!”

JL: “Like the author’s sister, I was another customer negatively affected by JetBlue this weekend. Thousands of passengers were indeed stranded. It was impossible to reach any customer assistance . Their app and the website were not functioning properly. Airports were understaffed (PBI and HPN) with under-trained staff and seemingly no leadership. Communication from JetBlue about flight times was inaccurate and seemingly misleading and sometimes had the appearance of being intentionally misleading. I was one of hundreds who spent ~12 hours in the airport only to be sent home. It is nuts that JetBlue wishes to purchase another airline when it can’t even function on its own.”

Tammy L: “JetBlue used to have a good name. They lost it this year. I don’t plan to ever fly with them again.”

Nelson N: “Flying JetBlue is so uncertain. I was stuck in Tampa almost 3 weeks ago for 10 and 1/2 hours.”

Sean J: “They were our go to airline for 20 years, after our last trip and the last year’s screw ups we just booked Delta for this year’s trip.”

Jennifer K: “I used to be a loyal JetBlue customer. Never using them again.”

According to FOX Business: “JetBlue Airways Corp. this weekend said it would reduce flights in May and throughout the summer due to staffing limitations, after canceling more than 300 flights over the weekend.” This news right here proves my case that it wasn’t just weather like the airline initially blamed.

JetBlue for years used to lead the way in customer service satisfaction surveys and polls but in the last two years they’ve started to go downhill and fast. But in the 2021 American Customer Satisfaction Index they’ve fallen to fourth place and you know 2022’s index will reveal a much steeper drop unless they can turn it around. It’s still early in the year so they have time and the money to do the right thing.

3 Comments On "JetBlue Falls From Grace After Horrendous Customer Service, Lies and the Gall of Their Spirit Airlines Bid"