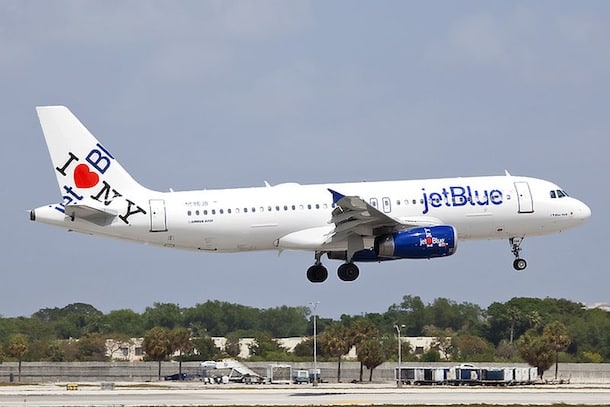 JetBlue announced today that the airline will be introducing two new “BlueCity’s”—what they call the destinations they fly out of—in February of 2014, and both will be serviceable by non-stop flights from New York’s JFK.

First, service between New York (JFK) and Savannah/Hilton Head International Airport (SAV) will begin on February 13, 2014. There will be two non-stops daily between the cities, operated by the airlines’s 100-seat Embraer E190 fleet. Right now early fares can be booked for as cheap as $79 one-way at jetblue.com/new. Here’s the schedule:

A once-daily non-stop from New York will also be available to Port of Spain (POS), the capital of Trinidad and Tobago, starting on February 24, 2014. The route is awaiting government approval, and so deals aren’t yet available, but there is no reason to expect it won’t be approved. The service will be operated by JetBlue’s 150-seat Airbus A320 fleet. Here’s the schedule:

As not everyone lives in New York, the airline also plans to add a flight to Port of Pain from Fort Lauderdale/Hollywood (FLL) starting May 1, 2014. Here’s the schedule: