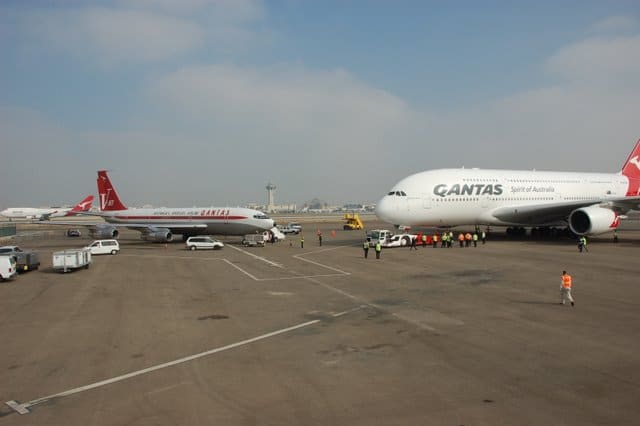 Back in October 2008 I was fortunate enough to be one of the 150 guests to go on an exclusive two-hour “VIP” flight of Qantas’ A380. It included Qantas ambassador John Travolta who had his Boeing 707 plane parked next to the world’s biggest commercial aircraft. Both were in front of LAX’s Flight Path Learning Center and occasionally I see it parked near there with all of the other private planes. 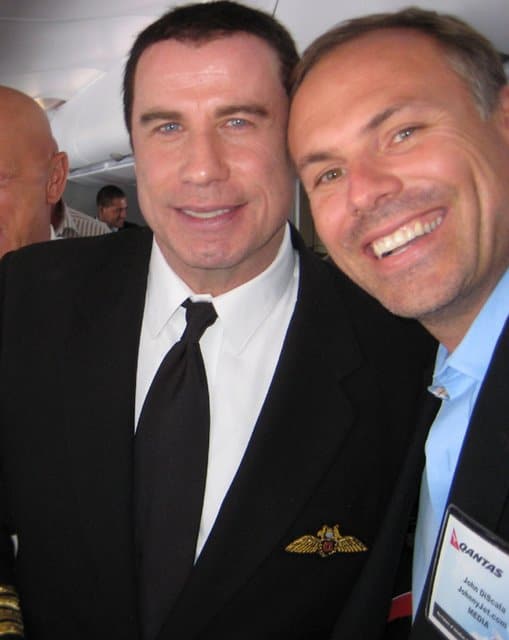 Before takeoff, Mr. Travolta got on the P.A. (who wasn’t flying the plane) and said once we are airborne “I’m going to walk through all the cabins in hopes to meet each and every one of you.” He did, along with Olivia Newton-John. When he came to me, I introduced myself and he said, “Johnny Jet? I love that name! That should be mine!” He was really cool and later, I got to chat with him one on one. He told me he flies about 300 hours a year and admitted to being the first non-test pilot to fly the A380 (he said it was awesome).

Here’s my Youtube video of “VIP” flight of Qantas’ A380